The first AirTran city conversion to Southwest Airlines in 2013 is just a few weeks away when Branson, Missouri, becomes a Southwest city on March 9.  It’s also going to be the first time since we began service to Little Rock on February 27, 1984, that a new Southwest city will open with nonstop flights to Dallas Love Field, thanks to the Wright Amendment.  (Missouri is one of the nine states we can currently serve nonstop from Dallas until the fall of 2014, when the final Wright restrictions expire.)  In this week’s Flashback, we look at May 11, 2009, the day AirTran began service to Branson, the entertainment center of the Ozarks, with two daily flights—one to Atlanta and one to Milwaukee.  On top of that, it is also the date the airport opened for operations, and AirTran’s arrival from Milwaukee was the second flight to arrive at the brand new facility.  An airshow from May 8 to May 10 preceded the start of airline service. 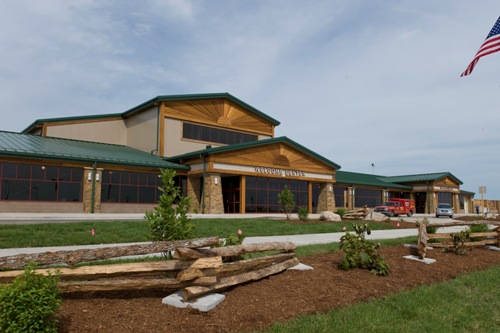 These photos of AirTran’s first Branson service were in the archival material we inherited from AirTran.  Although the photos aren’t especially old by Flashback Fridays’ standards, they are rare, and most Southwest folks will never have seen them and are probably unfamiliar with this unique airport.  Branson is one of the few, if not the only, privately owned, privately operated commercial airports in the United States.  It also carries two different airport codes:  For Pilots, the FAA airport code is BBG, but for the public and reservations systems, the International Air Transport Association (IATA) code, BKG, is used.  (BBG was already assigned by IATA to Kiribati in the South Pacific.)  The terminal building (above) resembles a giant mountain lodge.  The portico down there on the right of the photo is the departure wing with the ticket counters.  The rustic landscaping with the split-rail fences makes this seem like anything but an airport. 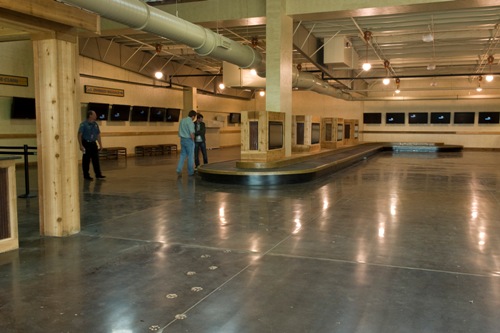 This may be the most rustic baggage claim area you have ever seen in a modern airport.  The use of wood in the interior reinforces that mountain lodge feeling. 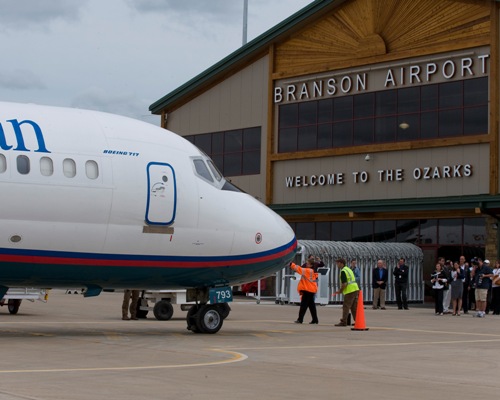 Even on the ramp side, the feeling of a lodge is very evident.  AirTran 717, ship 793 (N915AT), had the honor of operating the first flight.  There are no jetbridges at Branson, but that doesn’t mean Customers will be exposed to rain or snow.  Take a look at that telescoping covered awning underneath the “Welcome to the Ozarks” sign.  In wet weather, the awning extends to the aircraft loading ramp (more below) to provide a covered path into the building. 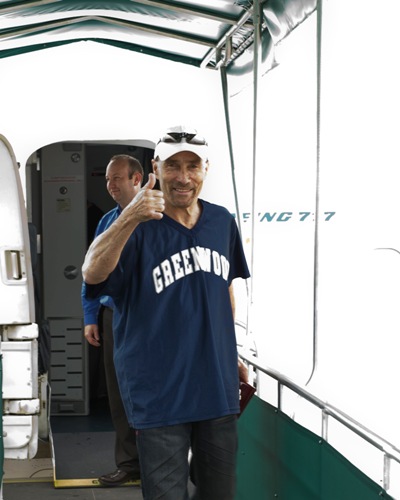 AirTran had a special guest onboard for the first flight into Branson.  That’s country music legend Lee Greenwood deplaning down the loading ramp.  Note the movable connector across the threshold of the cabin door that covers the gap between the aircraft’s floor and the loading ramp.  Mr. Greenwood, a frequent performer in Branson, flashes a thumb’s up to the camera after his flight. 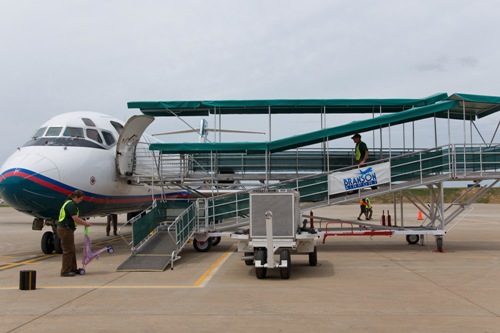 Above is a side view of the covered loading ramp at the aircraft.  It provides a gentle slope down to the pavement.  The telescoping awning that was depicted a few photos above would extend out to cover the lowest level of the loading ramp. 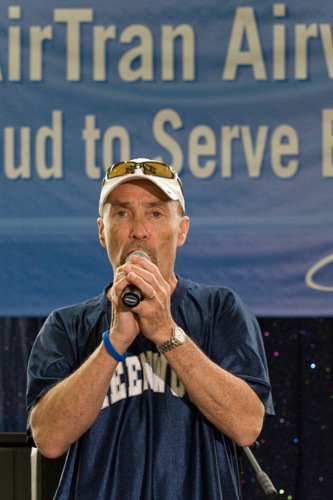 During the formal part of the inaugural festivities, Lee Greenwood sang for the crowd.  I couldn’t find any record of whether he sang his mega hit, “God Bless the U.S.A.,” but it looks like he was putting his all into the performance. 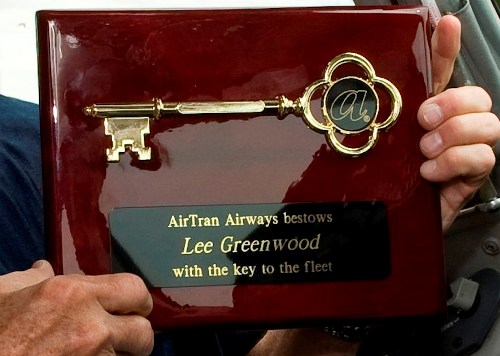 As part of those festivities, AirTran gave him the “key to the fleet,” but I don’t think that oversized skeleton key on the plaque would open the doors to any aircraft. 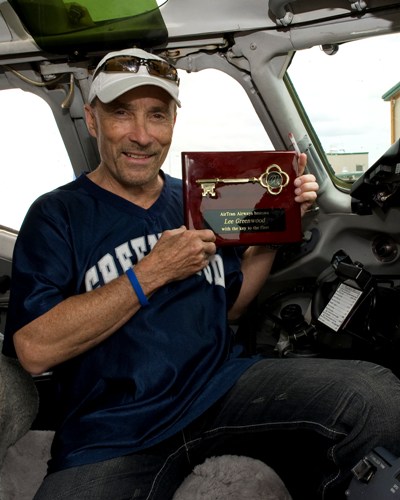 Lee sits in the cockpit of Ship 793 holding his award.  One of the things that these photos show is that AirTran approached station openings as “big deals,” in much the same spirit as Southwest uses.  As we move forward with additional conversions, I will try to share some more of these archive photos because I think they are great introductions to the new cities that will be appearing on our route map.