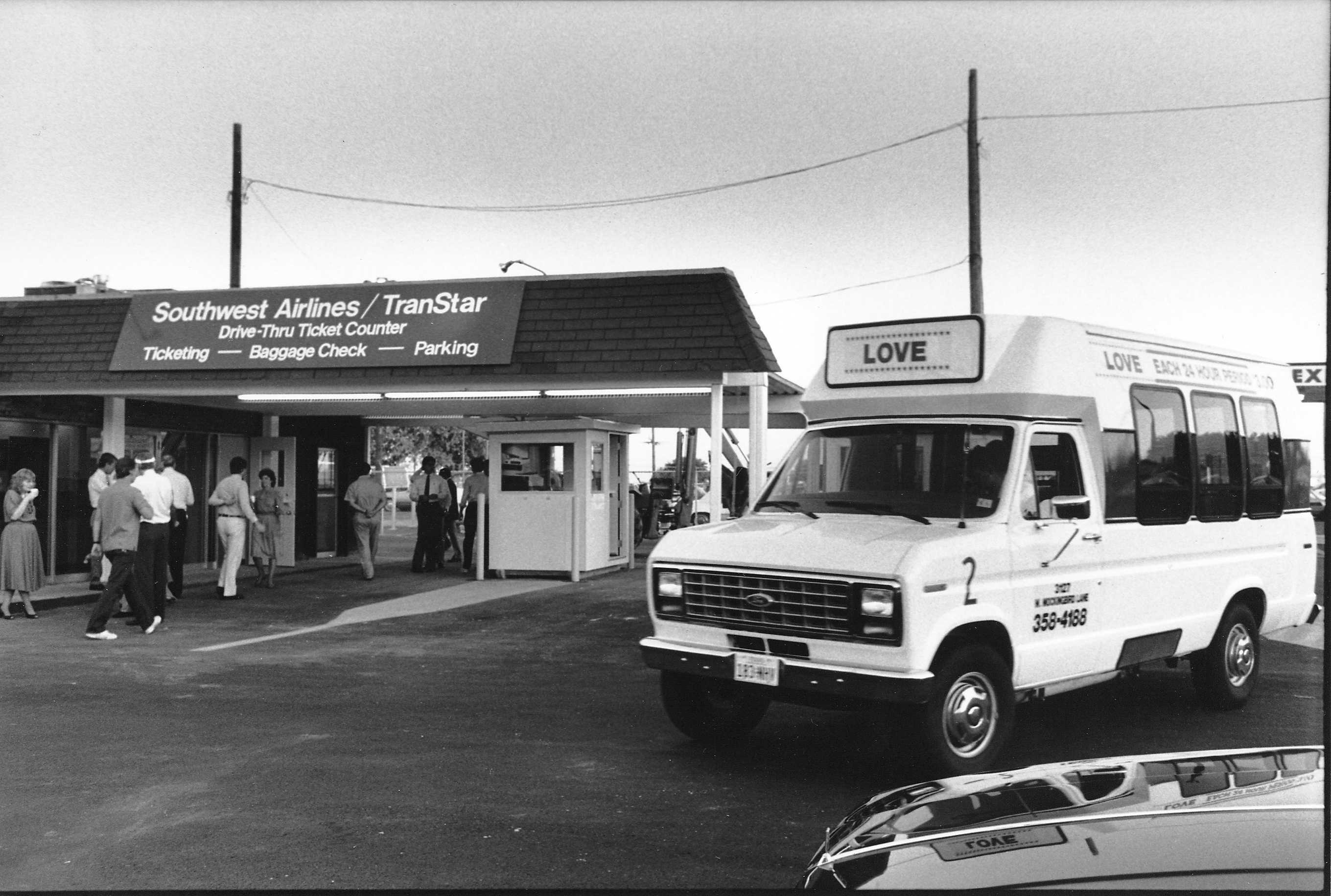 It’s hard to imagine a time when we didn’t have the convenience of purchasing airfare on southwest.com or over the phone from one of our friendly CS&S Reps.  You can even book your next trip while in the car (just not while driving, of course) on your cell phone.  But prior to these modern booking channels, we actually offered another method otherwise associated with a stop at Starbucks or McDonalds—a drive thru. Back in the summer of 1986, Southwest was a little more than a year into the process of incorporating Muse Air/TranStar into the Southwest system, with both now calling Love Field home.  Love Field itself was also going through a period of transition, with numerous renovations underway in both the terminals and parking garages. On August 1, our drive-thru ticket counter opened just beyond the main entrance to Love Field at the corner of Mockingbird and Cedar Springs Road.  At the new location, Customers could purchase tickets, check bags, and get general Southwest Airlines information all from the comfort of their own car.  And, after checking in, they could then proceed through to one of the privately owned parking lots which offered shuttle service to the main terminal, very similar to what Love Field flyers are accustomed to today. If you look closely at the person on the far left in the above photo, you'll see that it's none other than Colleen Barrett, our President Emeritus. 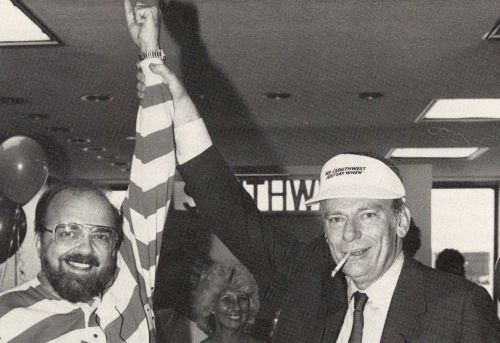 A day before the official opening, a race was held between local KVIL radio host Ron Chapman and Herb (shown together above) to see who could park and get to the gate first, with Herb using the traditional city-owned parking lot and Chapman being one of the first Customers to use the new drive-thru and shuttles.  The idea was to bring awareness of the new service to Customers and travel agents, as well as to promote the electric carts that brought travelers right up to the moving sidewalks leading to security.  When the dust settled, Ron ended up beating Herb by three minutes.  After arriving at gate 1A, Herb used the chance to congratulate Ron on his victory and also encourage Customers to try the new service, which was broadcast live over the radio.
4 Loves