Flight Attendant for a Day 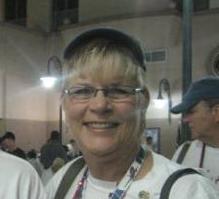 I first met Customer Mary at the baggage carousel as she anxiously waited for her daughter, Susan, to pick her up.  It took a little time, so I waited with her and discovered that Mary had come to West Palm Beach to celebrate her upcoming 90th birthday!  She definitely doesn’t look her age!  Mary also shared the fact that the Flight Attendants had been great on the flight.

The next little “tidbit” she told me was that she was one of the original Pan American Airways Stewardesses waaay back in 1946! She had started as an Executive Secretary at their headquarters in New York and decided to “go for it” and became a Stewardess.  She traveled in Europe, Africa, the Middle East, and met her future husband, Dean, who was a Captain with Pan American.  After two years, they were married, so Mary’s career ended—you couldn’t be married as a Stewardess in those days.  I was so in awe of all that she told me.

In typical Southwest fashion, I decided that Mary should have a Southwest celebration!  After getting the OK from our Station Manager, Rosa, I planned a surprise for Mary’s return trip.  Mary was going to be an Honorary Southwest Flight Attendant for the day!  The day arrived, and as I presented Mary with her official certificate and “pinned” on her plastic wings, she was given a big round of applause from everyone at the gates.  I then gave her a peanut wreath, Southwest gifts, balloons, and a ceramic cupcake with a birthday card attached.  Everyone joined in singing Happy Birthday to Mary. 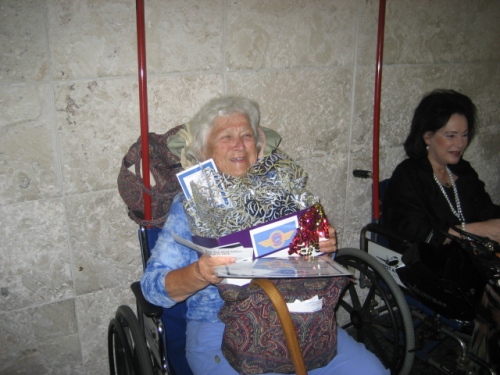 Mary was very surprised and a little bit flabbergasted, but she loved every minute of it.  It was definitely a day to remember for her!  This year we are celebrating our 40th year of giving Customers the Freedom to Fly.  So, as we near that Company milestone of celebrating our Legendary Customer Service and Culture through the decades, you must remember—it’s all about celebrations!