Flying with a Legend

It’s not every day you get to fly with Bill Murray.

Actually, most of us will never get a chance to share a plane, or even a moment, with a legendary television and film star.

But Nikki and Ruby’s trip to Chicago was full of the unexpected.

The pair of musicians had met up a few days earlier to play a Halloween concert together and planned to head home to Nashville the morning after their show. However, with playoff baseball still going in Chicago, they decided to hang around town for an extra night to watch a game with their friends in the Windy City.

The next day, as they were waiting for their flight out of town, they spotted a familiar face navigating the terminal.

Headed their direction was none other than the legendary actor and personality Bill Murray. Thinking quickly, Nikki remembered she had a friend in common with the star and made mention of the mutual contact as he passed by. The name drop worked, and the girls suddenly found themselves walking alongside Mr. Murray through the airport.

“It seemed that he adopted us, in a roundabout way, to help him get though the sea of people asking him for photos,” Ruby said.

After walking backwards on the moving walkways (at Bill’s suggestion), the trio stuck together when they realized they’d all be on the same flight to Nashville.

“We talked about baseball, life, music, and things that we love in life.” 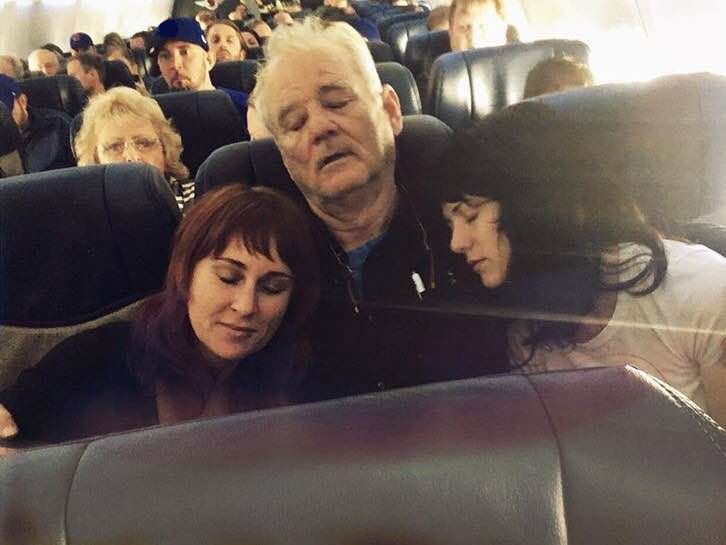 After a quick nap, they landed safely in Nashville. But the encounter didn’t end there. It seemed Mr. Murray needed their company just a little bit longer.

“He was connecting to Charleston but asked us to hang around and eat some lunch with him at the airport while he waited, so, of course, we obliged!”

Nikki and Ruby eventually parted ways with their new friend, not sure if it had really happened. Did they really just hang out with Bill Murray for a day?

One thing was certain, their trip to Chicago was not one they’d forget for a long, long time.