Rachel Barry and I are still pinching ourselves (and massaging our feet) to make sure we didn’t dream all the priceless moments that happened when we raced the marathon of events that Southwest had the privilege of supporting earlier this month in Washington, D.C.,  as we celebrated Asian American & Pacific Islander (AAPI) Month!

For the warm-up mile, we met the attendees of the first South Asian Americans Leading Together (SAALT) Young Leaders Institute. (http://www.saalt.org/) Fifteen university students, representing 13 campuses and cities, convened to explore South Asian American history and issues that impact South Asians in the U.S.  Participants also learned how public policy is shaped; developed professional skills; connected with mentors; and created action plans to enact change on their campuses and in their communities.

“Southwest changed the lives of 15 emerging young agents of social change.  Thanks to Southwest, the Young Leaders were able to travel to our nation’s capital, learn about important issues and strategies, and engage in peer exchange around shared experiences and ideas.” said Deepa Iyer, Executive Director of SAALT.

Vishal, a participant from the University of Maryland, added: "It's been a meaningful experience to see the constant exchange of ideas and networking and to see so many prominent officials doing what I want to do. There's so much room in politics for South Asians to grow.” 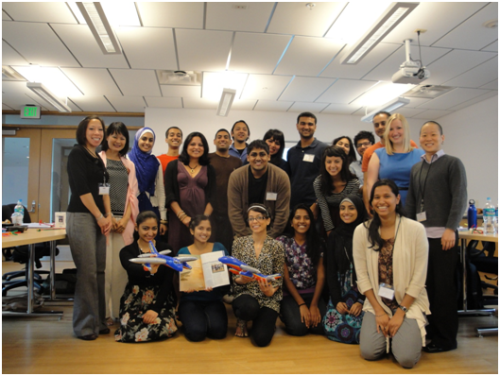 Then we trekked on to the National Coalition for Asian Pacific Americans for Community Development’s (http://www.nationalcapacd.org/) first National Convening of Native Hawaiians and Pacific Islanders (NHPI).  Southwest flew 25 NHPI community leaders to help create a national network and provide a unified voice for NHPI issues.

“It was a very historic convening for our community in the development of a Native Hawaiian Pacific Islander Blueprint,” said Tana Lepule, Executive Director of Empowering Pacific Islander Communities.  “NHPIs and the Southwest family share the same Core Values:  LUV - treating each other with dignity, respect and caring - and Fun.  Therefore, we are OHANA (family)!!!  It is our "Cultural Responsibility" as people of the Pacific Islands to have that Warriors Spirit, Servant's Heart and Fun-LUVing Attitude.  Thanks again Southwest for your support in this Journey.”

“Thank you again (and again and again…), for supporting this transformative gathering!  Southwest’s investment is going to have long-term ramifications on the ability of our community to strengthen ourselves through advocacy at the federal level and amongst other National AAPI organizations,” commented Sefa Aina, Vice-Chair, President's Advisory Commission on the White House Initiative on Asian Americans and Pacific Islanders. 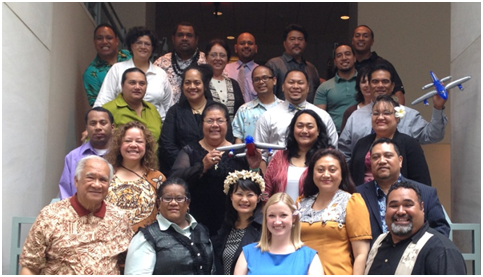 Executive Director Gloria Chan noted that this year's Academy included over 100 participants from 37 states and U.S. territories. “We wouldn't have been able to do it without Southwest,” she said. 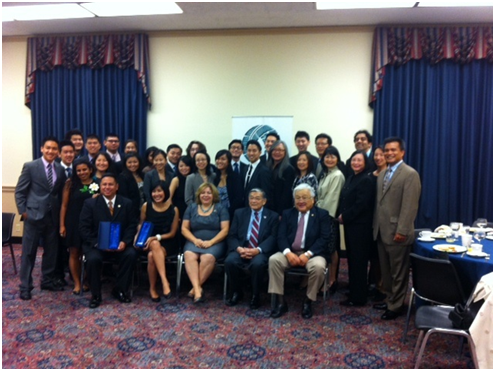 Keeping up the PACE

We were so excited to finally meet the 40 ticket winners who, as part of celebrating Southwest’s 40th anniversary, flew from Los Angeles to participate in  Pacific Asian Consortium in Employment’s (http://pacela.org/) Project “Diversity and Democracy: America’s Strength.” PACE brought a sampling of their clients to share with elected officials how various federal programs have helped them become self-sufficient.

The ticket winners took time off from work and away from their families to participate; one of the small business owners who attended told us that in true small business fashion, his calligraphy shop was closed while he was away for four days. We were moved to tears to hear how PACE had changed their lives. PACE’s efforts were recognized at a Tri-Caucus Briefing on Capitol Hill and documented in the Congressional Record.

Kimberly Hua, a PACE Head Start Program Parent, said “This trip to Washington D.C. has truly been an incredible, once-in-a-lifetime experience that’s opened my eyes to new and exciting opportunities. I am grateful that I had the opportunity to support the Head Start program and be an advocate for our families and communities. I went to bed with a dream and woke up with a purpose.”

A big thank you to LAX Customer Service Manager Jeff Boyer for going above and beyond for the group and to Karen Price Ward for meeting the delegation at the Tri-Caucus Briefing!

The Grand Finish Line with the President of the United States

Finally, Rachel and I headed to a truly historic evening where President Obama was confirmed as the keynote speaker at the APAICS 18th Annual Awards Gala!  Rachel and Southwest Airlines Governmental Affairs Director David (a.k.a. Kawaki) Richardson hosted our new NHPI ohana, and as you can tell, everyone knew that Southwest was in the house and having FUN! 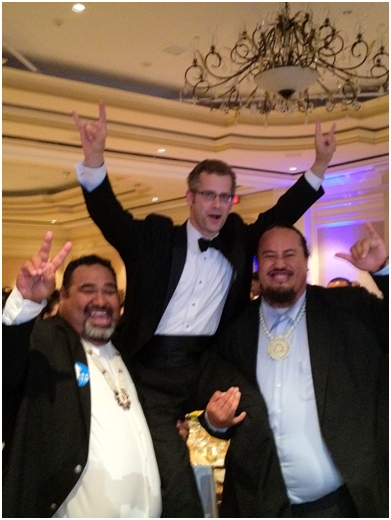 “It was a very special occasion to have the President address our community’s rising leaders at our annual gathering,” said Gloria Chan, President and CEO of APAICS. “In the four decades since the first Asian American became mayor of a major U.S. city, the ranks of AAPI political leaders at all levels of government have grown by leaps and bounds. APAICS would not be able to help build the leadership pipeline without the support of Southwest Airlines.”

I was extremely proud to stand with over 1,000 old and new friends to hear President Obama highlight the many struggles, triumphs, and contributions made by AAPI trailblazers and to inspire the young leaders who were present. And I was so happy to see our dear community friends recognized for their leadership within the AAPI community: Floyd Mori, Karen Narasaki, C.C. Yin, and the National Council of Asian Pacific Americans.

For full transcript and video of President Obama's keynote: http://tobiko.us/APAICS/APAICS/Remarks.html

And as a Vietnam refugee from 37 years ago, I was deeply honored to briefly meet President Obama; my first time meeting a president.  I’m blessed to work for a Company that allows me to be me, to celebrate my Vietnamese heritage, and to give back to the AAPI community. 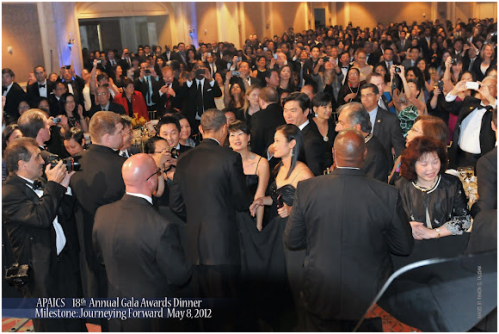 The Karaoke Cool Down

At the end of all the speeches, pomp, and circumstance, Congressman Mike Honda, former chair of the Congressional Asian Pacific American Caucus, AAPI icon, and one of my mentors, wrapped things up doing what he does best!  In between learning to hula and singing to the worst of the 80s with our community partners, Rachel and I had an unforgettable 72 hours celebrating AAPI Heritage Month at our nation’s Capitol. 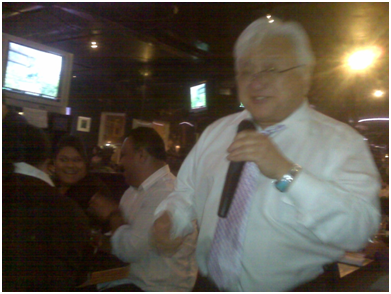