From Frequent Flyer to Fun-LUVing Friend 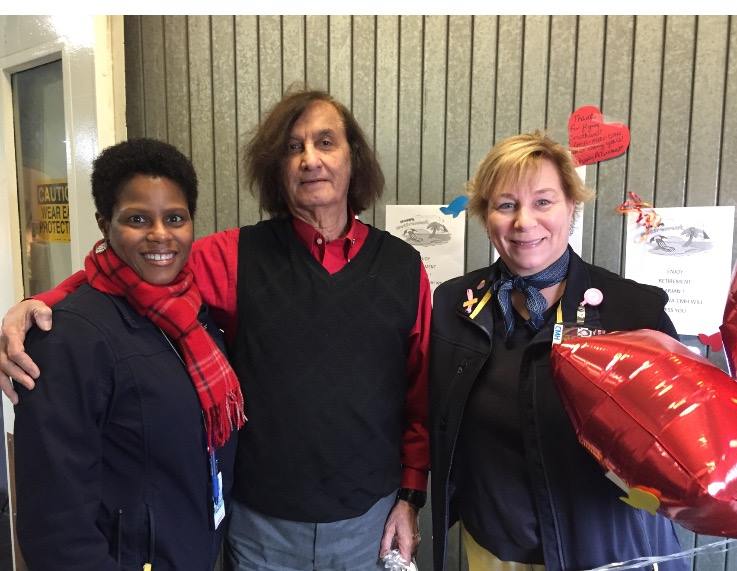 Off the clock near the airport in Columbus, Ohio, familiar faces greeted one another in a much different setting than where their friendship was forged. A-List Preferred Rapid Rewards Member, Arjan Jagtiani, had been retired from his job for several weeks but, missing his friends, had arranged a happy hour with the Southwest Employees who so regularly welcomed him onboard his business flights. For 10 years, Jagtiani has been using Southwest Airlines for a weekly commute between his home in Columbus, OH and his office in Chicago, IL. Usually flying out on a Monday or Tuesday and returning on a Friday or Saturday, he became a staple at the Columbus Airport. He never failed to make time to strike up conversation and share a piece of Toblerone candy with Southwest Employees. In April 2016, Jagtiani retired from his job and stepped off his final flight as a business commuter. He and his wife were welcomed into a gate area that was decorated in his honor by the Columbus Customer Service and Operations Agents. “Arjan has such a great positive energy around him,” said Operations Agent Beth Norris, who has known Jagtiani for at least seven years. “We’re going to miss him. He’s such a unique Customer—no pretenses—he never wanted anything in return for just being kind. It was important for us to celebrate his retirement because that’s who we are, and that’s who Southwest is.” As Jagtiani reflected on a decade of Southwest travel, he said a favorite Southwest moment occurred on recent trip. A fellow passenger, observing the way the Columbus Employees greeted Jagtiani as he made his way through the airport, asked “Are you a Southwest Executive?” as they stood in line at the security checkpoint. “I told him, ‘no,’” said Jagtiani. “I’m something better. I’m a Southwest Airlines Customer.” In retirement, Jagtiani is not just a Southwest Customer; he’s also a friend.