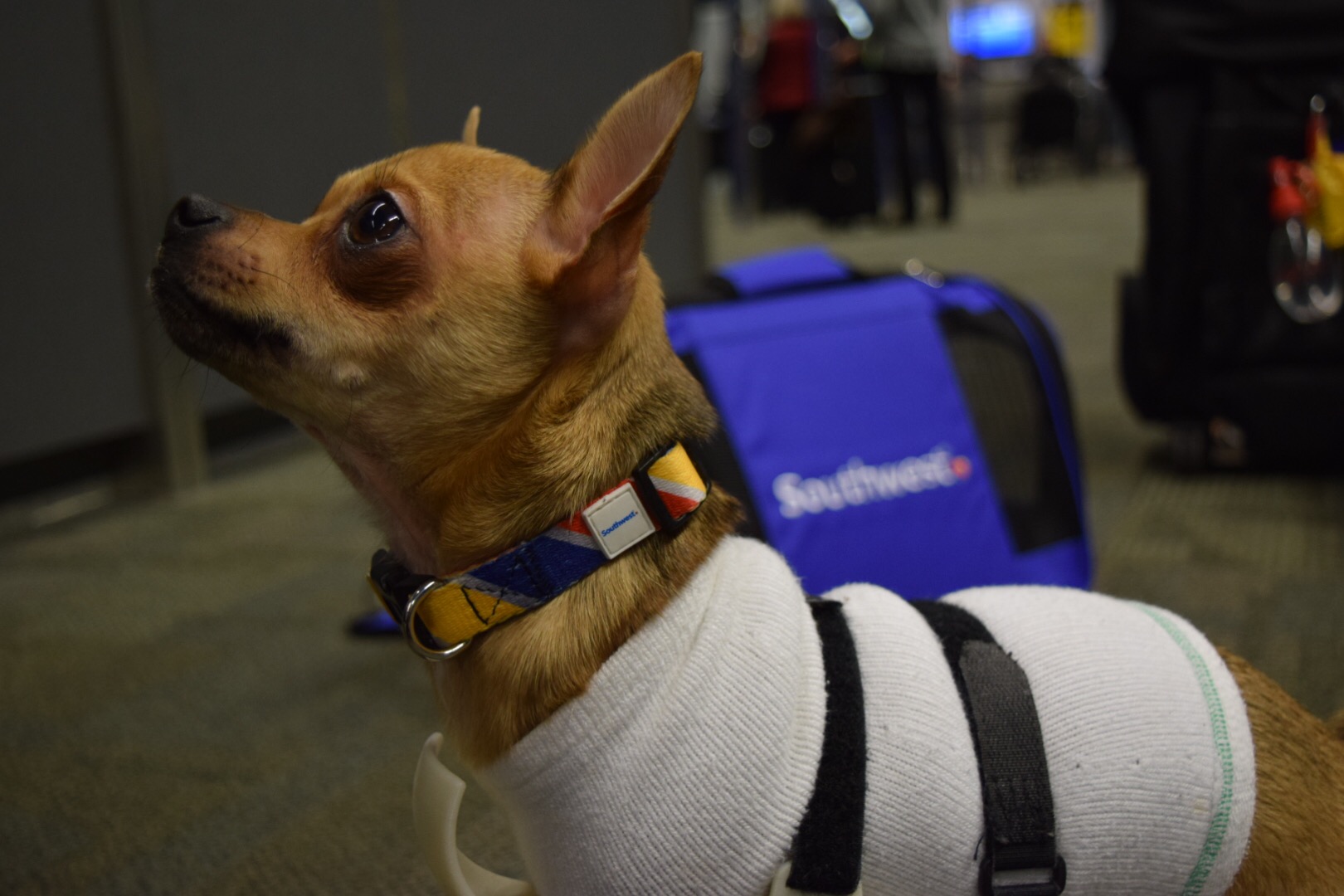 Awards season is in high gear, but humans aren’t the only ones taking home trophies for keeping us entertained. Our four-legged friends provided us with some of the year’s most memorable stories, best dance moves, and cutest photos of the year. What better way to honor them than to partner with the World Dog Awards and transport some of the nominated dogs to the show? We were especially excited that two of our furry friends, Manny the Frenchie and TurboRoo the Two-Legged Chihuahua, were invited to attend the awards show. Manny is nominated for Most Pawpular, and TurboRoo will be featured in a special “Barkstage” segment. These dogs, along with a few other small dogs, flew on Southwest to attend the awards. The pups received a swag bag, complete with a Southwest branded pet carrier and a collar, so that they could travel in style. The pups were given full VIP (Very Important Pet) treatment once they arrived at the airport and onboard the plane, thanks to our awesome Employees, who went above and beyond to make their trips extra special. 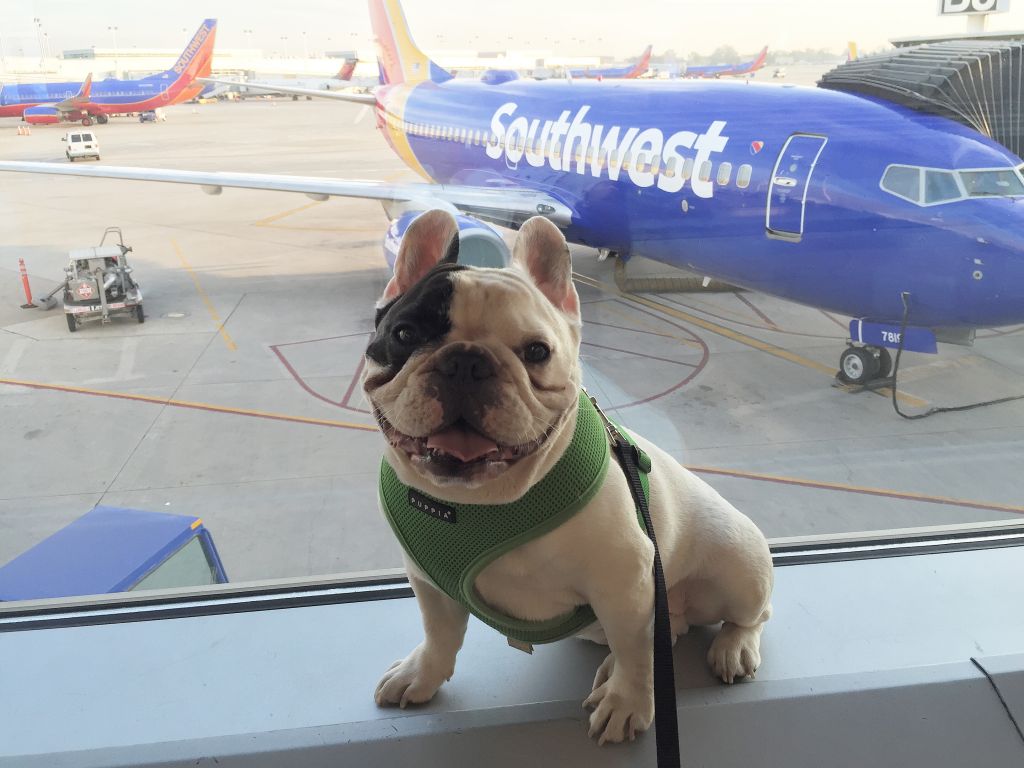 Manny the Frenchie loves to fly Southwest Airlines
Will Manny win “Most Pawpular” tonight? What will TurboRoo reveal during the special “Barkstage” segment? Tune in March 1 on the CW at 8:00 Eastern/7:00 Central to watch all of the action—it will be a doggone good time! 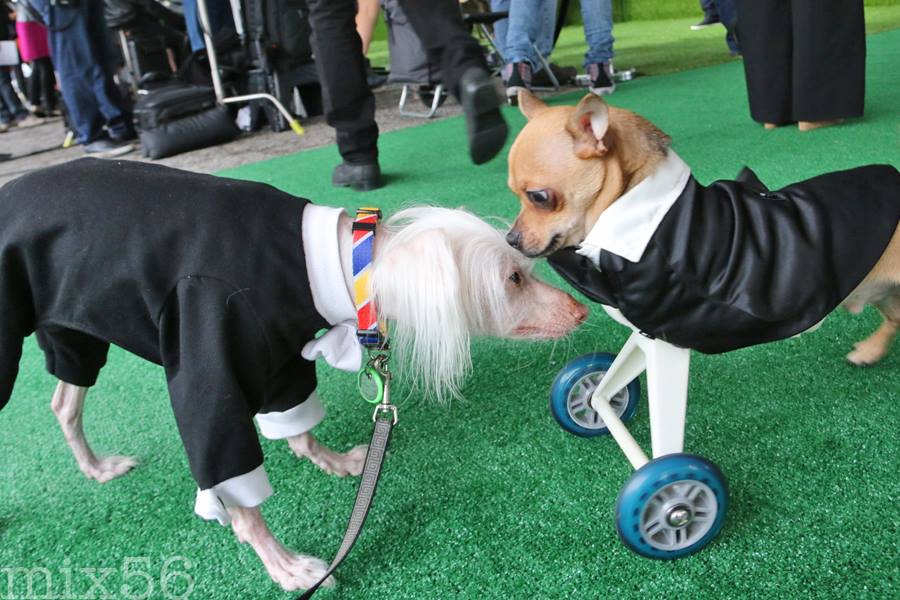 In his green carpet best, TurboRoo meets a new friend, Nathan, at the World Dog Awards