Today we are excited to celebrate 5 years of LUV in the Blogosphere with a fun trivia contest! Our resident Blog Boy, Brian Lusk, will post a trivia question each hour beginning at 10:00 a.m. CST and ending at 2:00 p.m. on the Nuts blog.  The first person to answer the hour’s question correctly within the comments section of the blog will win a roundtrip ticket on Southwest (time will be determined by the timestamp of your comment)!  Each person that provides the correct answer within the hour for that hour’s specific question will also be entered into a drawing to win an official Southwest bike! So many ways to win!

The questions will be challenging, exhilarating, and in some cases…buried deep within the five year history on the blog! Comments will not be moderated until each trivia hour is up!  Winners will be notified via email so it is crucial that you register on the blog and provide us an e-mail address!

Please read the full contest rules below...you have about an hour to mentally prepare yourself for this awesome online scavenger hunt! 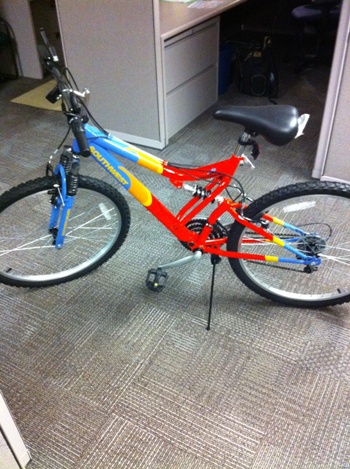 1. To Enter:  No purchase or obligation necessary.  Contest runs April 21, 2011 from 10:00 am CST – 2:00 pm CST.  To enter without purchase or obligation, correctly answer the trivia question in the comments section during that question’s one hour time frame.  You must create an account with Blog Southwest in order for your answer to be considered.

All entries become property of the sponsor and will not be returned.  Entries limited to one (1) per person.(per hour)  Anonymous entries will be considered invalid.  You warrant your comment will not be sexually explicit, unnecessarily violent or derogatory. .

2. Selection of Potential Winners: Potential ticket winners will be selected each hour beginning at 11:00 am on April 21, 2011. Members of the Southwest Airlines Emerging Media Team will review all eligible entries received and choose a potential ticket winner based on the time the entry was received, as determined by Southwest’s computer, and on the correctness of the answer.    Upon the close of the contest, a member of the Southwest Airlines Emerging Media Team will draw a name from those who provided a timely, correct answer during the Contest for a Southwest bike.
Prizes are guaranteed to be awarded.  Odds of winning will depend on the total number of eligible entries received.

4. Eligibility:  Contest is open to all legal US residents, 21 years and older as of April 21, 2011.  Employees of Southwest Airlines Co., and their advertising and promotions agencies, and their immediate families (spouse and parents, children and siblings and their spouses) and individuals living in the same households of such employees are ineligible.  VOID WHERE PROHIBITED or restricted by law.  Contest subject to all applicable federal, state, and local laws and regulations.  By participating, entrants agree to these official rules and accept decisions of the Sponsor as final.  Void in Puerto Rico and where prohibited by law. The promotion is offered in the United States only and shall only be construed and evaluated according to United States law.  Do not proceed in this site if you are not located in the United States.

5.  To Claim Prize: Potential winners only will be notified by Southwest Airlines via e-mail.  Unclaimed or undeliverable prizes will be forfeited and awarded to alternate winners.  Prizes are not transferable or redeemable for cash.  Prizes are guaranteed to be awarded.  Acceptance of a prize constitutes permission (except where prohibited) to use winner's name, hometown and likeness for purposes of advertising, promotion and publicity in any media without additional compensation.  Potential winners must execute and return any required affidavit of eligibility and/or liability/publicity release within one (1) day of notification attempt or prize will be forfeited and an alternate winner may be chosen. If a potential winner cannot be contacted, fails to sign and return the required affidavit of eligibility and liability/publicity release within the required time period, or if a prize or prize notification is returned as undeliverable, potential winner forfeits prize.

6.  Limitation of Liability: Southwest Airlines is not responsible for printing or typographical errors in any related materials; stolen, fraudulent, entries or mail; or transactions that are processed or lost due to computer or electronic malfunction.  Winner is solely responsible for payment of all federal, state, and local taxes on prize and for any travel or other expenses not specifically mentioned in prize description.  Sponsor reserves the right to cancel or modify Contest if fraud or technical failure compromise the integrity of the Contest as determined by Sponsor in its sole discretion.  This Contest offer is being made exclusively by Sponsor.

7.  Winner's List: To request a Winner's Name List, send a self addressed stamped return envelope, after April 22, 2011, to Southwest Airlines Emerging Media.  All requests must be received by April 30, 2011.  Utah and Washington residents may omit return postage.

Jenn_Beard
Explorer C
This is so weird, I am glad I am now following @SouthwestAir on Twitter or I never would have found your blog. Just yesterday I searched the Southwest website for 'blog' and found nothing. Just wanted to say that I am a huge SW fan and fly you as much as possible. I have a travel blog and include SW love whenever I can. Looking forward to following along! ~Jenn www.jennstravelogueblog.blogspot.com
6 Loves

Elaine_Carey
Explorer C
I cannot get into anything on this Blog! Too crammed?
6 Loves

Tony_Heard
Explorer C
Would that be Bill Owen?
4 Loves

Rose_Horton
Explorer C
We love Southwest, fly with you all the time. We have a trip planned already to Reno, NV this summer.... Can't wait 🙂 Happy Birthday, what a way to celebrate! Hope we have a chance to win cause we would be using the prize.
4 Loves

Christina_Schar
Explorer C
It's my Birthday too, and thanks for the card!!!Loved it!!!
5 Loves

Christina_Schar
Explorer C
It's my Birthday too, and thanks for the card!!!Loved it!!!
5 Loves

milliejuenger
Explorer C
This sight is very confusing to me. Maybe it's just me .
12 Loves

milliejuenger
Explorer C
Still confused on this site. Maybe it just me.
10 Loves

milliejuenger
Explorer C
Still confused on this site. Maybe it just me.
11 Loves

Martin_Allison
Explorer C
I have a question (although I didn't play the blog game as I was shopping in the Windy City after flying up here this morning on SW) about the Final Four contest where there was supposed to be millions of points given if the special players could hit a basket over the SW 737. How did this basketball shooting go? Were the winners able to receive the base number of points or the mega win? Just curious as that looked like a really tricky shot.
10 Loves 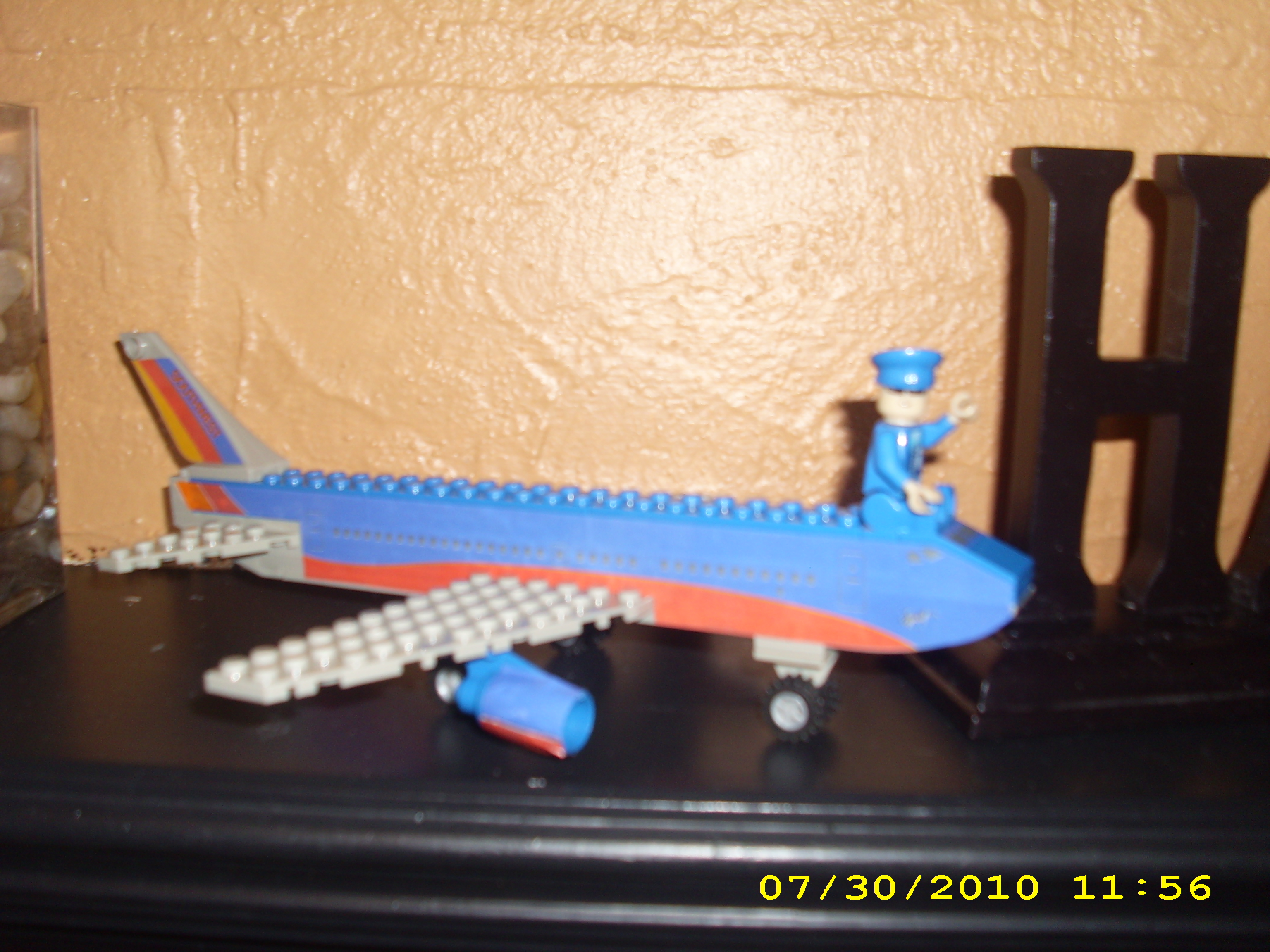 rileerose
Explorer C
Did you ever get winners for yesterday? Jennifer
9 Loves

flagler
Explorer B
When will the winners be announced?
11 Loves

ttfn41460
Explorer C
Any updates on the contest - winners, all the problems with the website etc???
8 Loves