Recently, I had the chance to take part in what we call a “Hokey Day”.  The first time I heard about the Hokey, I immediately thought dancing or some form of weird body movement was involved.  Luckily for me that wasn’t the case, except for the part where my Coworkers were jumping with excitement over the fact that the “Hokey Team” was there to appreciate them.

Let me back up a bit and explain what a Hokey Day is.  When you serve 90.8 million bags of peanuts, 9.8 million bags of pretzels and 32 million other snacks a year, there is a high chance that some of those snacks are not going to be consumed and will end up--you guessed it--on the floor of the airplane.  So, our amazing Flight Attendants use a small manual carpet sweeper called a “Hokey” to keep our aircraft tidy in between flights (our aircraft receive a thorough cleaning at the end of the day).  This is where the Hokey name came from.  The Hokey Team travels around the Southwest Airlines system giving our Flight Crews a chance to take a break between flights and let us take care of cleaning the aircraft and preparing it for the next flight. 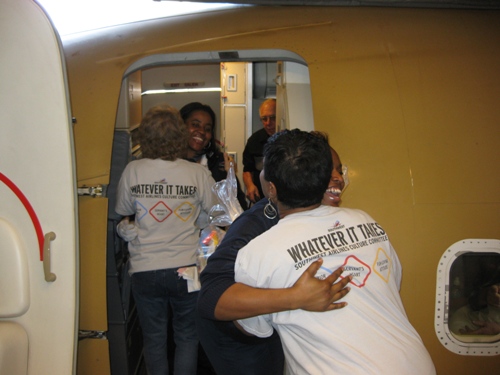 This time the Hokey Team traveled to , and here’s how it worked:  We grabbed a snack bag for the Crew in one hand and a Hokey in the other.  We then waited in the jetway for the aircraft to pull up, and once the door opened we would yell, “We’re here to appreciate you!!  It’s Hokey Day”.  After the initial shock of having a group of people standing there yelling at you, the Crew was happy to turn over the reins and let us do the work.  As you can see from the pictures  there were lots of smiling faces! 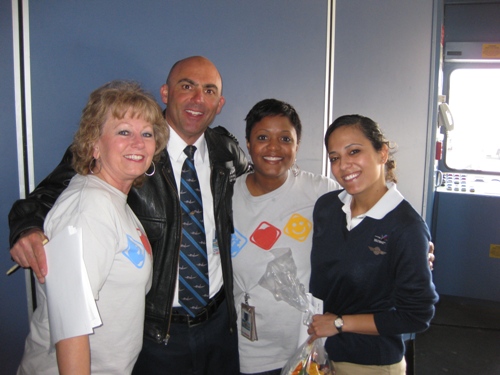 From there we jumped into action by Hokeying (sweeping) the plane, picking up newspapers and straightening seatbelts.  I must send out a reminder to the travelers out there: remember to check those seatbacks for your items!  I was amazed by the amount stuff we found in those seatbacks, and I’m happy to report that we were able to reunite a Customer with his cell phone and another Customer with her books.  Score! 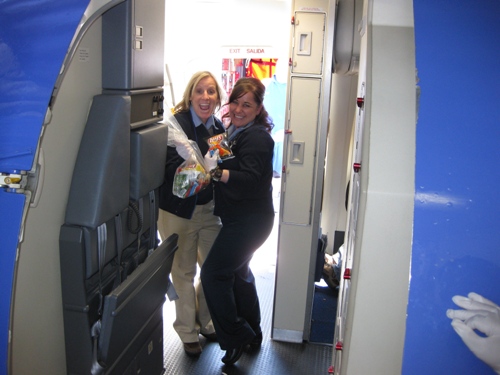 At the end of the day I can say this Hokey Day was a great success!  We started out with a goal to appreciate as many of our Coworkers as we could, but so much more was gained out of it.  We made new friends, ran into old friends, and had the opportunity to visit with our Customers all while spreading the Southwest Culture.  If you are interested in seeing a Hokey Team in action, check out Christi Day’s video blog from the Los Angeles Hokey Day she attended last year.  Also, I would LUV to hear some of the things you do in your workplace to appreciate your Coworkers. 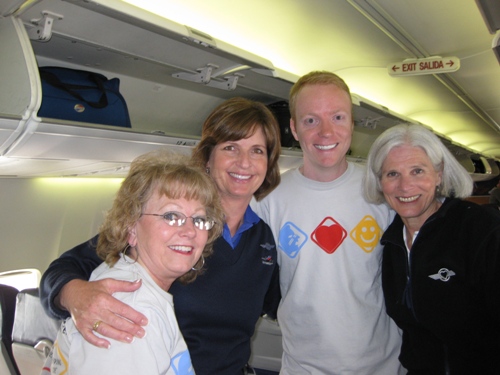 Anonymous1138
Not applicable
I love you Hokey Day story. Southwest must be a fabulous place to work. It's a fabulous airline and I'll tell you why. On Sunday, I was flying from Denver to Tulsa after a long week-end of wedding festivities in Aspen. I was really tired. Our plane had mechanical problems, and we had to change planes and we were four hours late getting into Tulsa. So frustrating . . . until I received an e-mail of apology from Southwest today and a $100 voucher on my next flight. Wow!!!! That is so cool. You guys are the best. I wish you connected to every city in the country.
9 Loves