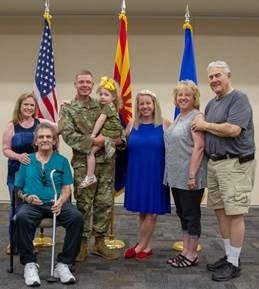 When Southwest Airlines shared that I was scheduled for my New Hire class in September 2001, I was so excited to have landed my dream job! My 16-year-old son, Stefan, and I were in awe of the places we were able to travel thanks to our generous travel privileges. We quickly scheduled our very first trip to Raleigh, N.C. so that we could drive to Ft. Jackson to see my oldest son Ian graduate from Army Boot Camp.

I have always been grateful for how Southwest has allowed me to go, see, and do. My family is proud that I work for Southwest, but the impact that the Company has made on my family hit me more deeply recently.

Stefan is now known as Staff Sargent Walston with the 850th MP Battalion in the Arizona Army National Guard. Late last year, he returned home from a one-year deployment at Guantanamo Bay, Cuba. Upon Stefan’s return, and after the dust settled, he sat me down and explained how grateful he was to be home. He also expressed how thankful he is for me and for Southwest as my career choice. My Southwest journey helped provide him with such great memories growing up. Stefan went on to explain how Southwest aligns with his own values of loyalty, work ethic, compassion, and care, just to name a few. 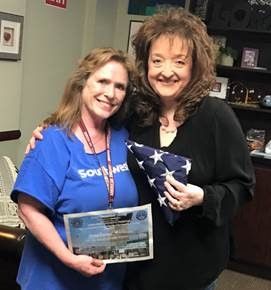 Though Stefan can’t share many details of his deployment with me, he did share that while deployed, he began to reflect on all of this. That’s what led him to ask for and be granted the honor of flying the American flag—on behalf of Southwest—on base at Guantanamo Bay. When Stefan returned home, he asked if it would be possible to present the flag to me and “Our Southwest.” What an honor!

After sharing the story with my leader, this special flag now hangs on our military wall at the Phoenix Center where I work. I’m proud of Stefan and Southwest every day, but this year’s Flag Day means more to me than ever.