Houston Hobby: A Storied Past and an Exciting New Beginning

Employee
As every Southwest Employee, our Customers, and Houstonians continues to get excited about the opening of the new International Concourse at William P. Hobby Airport (HOU) in Houston later this year, I thought it might be cool to look back at Hobby’s international history.  And yes, it has one—a storied and vibrant one, in fact! We all know that Hobby was Houston’s first commercial airport, but international service from Hobby has a long history: 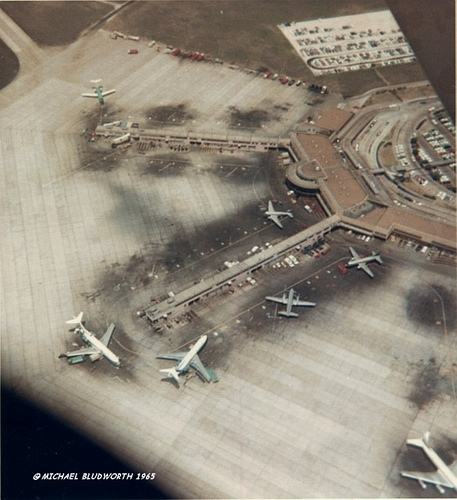 Later this year ... SWA will bring the international back to the HOU.   After all, Hobby has the history.  Hobby was the origin of the very first international flight from the City of Houston.  For decades, Hobby carried the flag for Houston’s international air service.  Guess who is about to put that flag back on the pole? Southwest Airlines. In many respects, the official countdown begins next week as Gary and our Board of Directors host our annual meeting of Shareholders in downtown Houston—the first time that’s ever happened outside of Dallas in our history!  And very soon, we’ll be announcing the opening date of the terminal facility, when our first flights (and low fares) will make good on the pledge to Free Hobby, a grassroots fight so many Southwest Employees and supporters helped make happen.

New International terminal rendering  The fourth quarter opening will be here before we know it and William P. Hobby Airport will open a BEAUTIFUL new International terminal, with a larger ticket counter, improved parking, Customer security screening, and we will all celebrate that in perfect Southwest Style by LUVing new Customers and LUVing on each other.  But just for a second—think about the amazing international history that Hobby Airport has had.  Back in the days of propellers and ground-level boarding, Hobby was one of the biggest Latin America embarkation points in the United States.  And then think—and get excited—about how Southwest is going to bring the International back to Houston William P. Hobby International Airport.  With a fantastic facility, with a great Customer experience, and with something no other airline can ever match.
4 Loves
1 Comment

Can we arrange one great, convenient parking for all of us at Hobby Airport? It seems the lots are scattered around the airport. It would be great to get 300 places just for us at the big parking structure at the foot of the airport entry ramp

BABY UNDER TWO AND WAGON