How Southwest Became a Second Home for My Family

We spent the majority of the next five months in the Greenville, South Carolina, hospital where Selah Grace underwent multiple surgeries and chemotherapy cycles. As her parents, it felt like an immediate deployment. We then found ourselves living part-time in Charleston for four months, commuting four hours each way while Selah Grace underwent two stem cell transplants. After that long, terrifying ordeal, we found our next battle in Jacksonville, Florida. There, she would need to undergo proton radiation simulation, and we were only given a day’s notice. 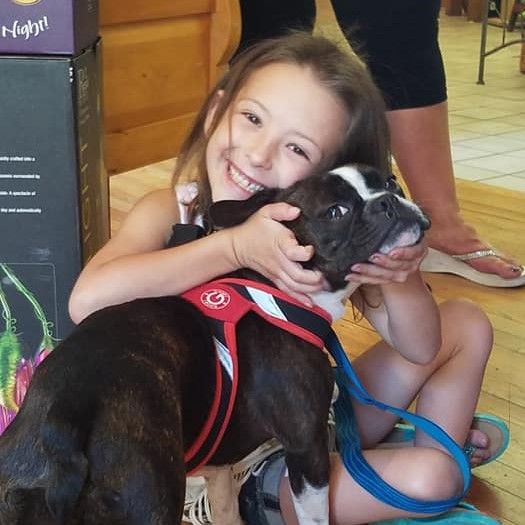 We were meant to head to Florida after she received a blood transfusion that same day, but we were worn out and too exhausted to drive the six hours to Jacksonville. Instead, we went directly to the Greenville-Spartanburg Airport, and I walked up to the Southwest ticket counter. A woman named Suzanne greeted me with a smile and kind eyes that gave me the courage to tell her our story and ask for help. Within no time we were waiting for our flight with very affordable tickets thanks to the help of Southwest Employees. We had no idea where we would stay that night—all we knew was we had to get her to the Florida Proton Center as soon as possible. We had stepped out in complete faith that day believing that everything would be taken care of. And it was.

While waiting on the first plane, Suzanne came upstairs to present us with a free voucher from Southwest for a night at the Comfort Inn and Suites. She also gave Selah Grace a Southwest airplane figurine. The weather in Atlanta caused our plane a huge delay; however, the Pilots in Atlanta waited for us for over two hours! They had reserved the front row seats for us and off we went. I was embarrassed because everyone had been sitting on that plane for so long at that point, but as soon as we leveled off in the air, a gentleman named Mike caught Selah's attention, waving at her from his aisle seat.  He said, "I knew we were waiting on a rock star!" My tension began to ease because of his kindness.

When the plane arrived at the gate and the seat belt lights went off, we were slow to get up. I thought our time waiting to deplane would be difficult, but it turned out to be a blessing. Many Passengers gave words us of encouragement as they passed by, and some even felt compelled to contribute gifts to Selah Grace. We were blown away! Not only are Southwest Employees awesome, but so are their Passengers.

We kept in touch with Mike from the aisle seat for the six weeks we were in Jacksonville. He shared his friends, family, and home with us, and now I'm so delighted to say we call Mike our Florida Granddad!

As we continue to fly back and forth to our home, the Southwest Employees at Greenville-Spartanburg Airport greet us with such love. Some even get our baby girl presents! After being gone from home for such long amounts of time, Southwest has made us feel like we are finally home. We are always blessed with hugs and kindness as we come and go.

This story doesn't just take place at the airport, however. Three sweet Southwest Employees treated me to lunch and much to my surprise, presented our family with a check. Without our knowledge, they had hosted a bake sale fundraiser for our family. Thank you Millie, Gisele, and Adrienne! We can't begin to describe how good God has been to us. These funds came at a time of need, and we are still so touched by everyone’s kindness.

Our sweet girl has bravely battled this disease for almost four years now. We have sacrificed so much during this time, but we are so incredibly thankful for the care and support we have received from Southwest and others around us.

If you’d like to learn more about our story and how you can help, please visit our site: www.ahealinggrace.org/selahgrace.