I suppose anyone who works in a human resources department at any large company sees a lot of people in varying sorts of need and desire. For any given job posting, there could be hundreds of applicants or maybe just a handful. Of those applicants, there are some who really want the job, and others who really need the job. Regardless of want or need, the recruiters have to pick the best candidate for that specific job. Most people would probably agree that a recruiter's job is not an easy job. 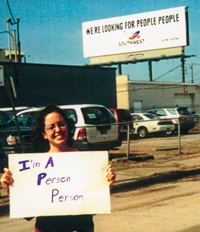 On this episode of Red Belly Radio: How To Get Hired at Southwest Airlines 101 is a collection of several stories on what some Employees did to get their feet in the door.

Be forewarned, these stunts have been tried and may not yield the intended results.