Kareem the Dream in Los Angeles 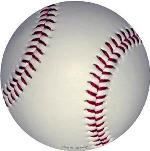 Passengers at Los Angeles International (LAX) were treated with an extra tall surprise in late October--a 7 foot, 2 inch tall surprise!  Kareem Abdul-Jabbar took part in a Southwest promotion with the top sports station in the Los Angeles market, KLAC AM, Fox Sports Radio.  The station partners with Southwest Airlines Marketing on purchasing a plane full of tickets to sell to their dedicated listeners as a sports trip that delivers an experience that is out of this world!  This great collaboration provides Southwest with a ton of mentions on a highly rated radio station without any monetary investment.

This particular flight was purchased to celebrate the Lakers’ pre-season game in Las Vegas, so Kareem was on hand in the gate area to send the KLAC listeners off in style.  While there, he also promoted his new book On the Shoulders of Giants.  A line of excited Passengers quickly formed near Kareem, and he spent time speaking with each individual.  He even took time to pose for several photos with our inflatable airplanes and some lucky Southwest Airlines Employeesl.  The plane full of KLAC listeners took off in Slam Dunk One where our fabulous Las Vegas Flight Attendants Dana Brake, Suzette Olson, and Marlo Bendett treated them to a flight like they’ve never experienced before:  full of trivia, Lakers’ giveaways, and Southwest Airlines FUN.