We challenged TV LUV’ers to show us which ATX Television Festival series they LUV most via Instagram!  We couldn’t pass up this little traveling Mr. Feeny with his free bag!  Check out our winning photo below, as well as our honorable mention. 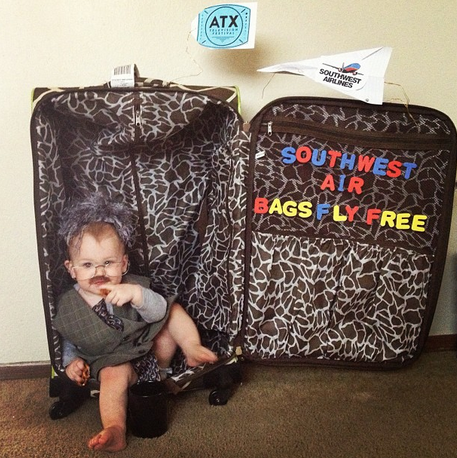 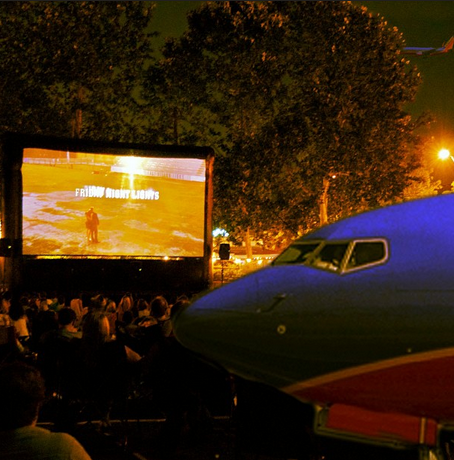 Want to attend the ATX Television Festival?!  Visit www.atxfestival.com/buy-a-badge and receive the Southwest-only 20% discount by using the discount code LUVATX20, available through May 18, 2013.

Check out the list of TV series and panelists attending this year’s ATX Festival and tell us who your favorites are for a chance to attend!  You may even see them in person!

LUV of TV Contest - OFFICIALLY OVER AND WINNERS HAVE BEEN ANNOUNCED

Simply follow Southwest Airlines and the ATX Television Festival on our social channels (Instagram, Facebook, and Twitter), and enter our LUV of TV contest! Southwest Airlines is asking our fans and followers to choose their favorite show or actor from the series and/or panels represented at the ATX Television Festival and to creatively represent that series or actor via a photo submission. Your photo will be judged by a panel on how creatively and craftily you can represent your favorite TV show, with of course, a Southwest twist! The most original and unique photo will win roundtrip airfare to Austin for two to attend the ATX Television Festival June 6-9, 2013, along with a three-night hotel stay and all access badges to the festival!

Don’t forget to include @SouthwestAir, @ATXFestival and the #LUVATXTV hash tag with the photo in your Instagram so we will be sure to include your entry.  Share your photos on Facebook and Twitter, but make sure your official entry is via Instagram.

Not a part of Instagram yet?  Don’t worry; sign up today and start following @SouthwestAir. Specific details will be provided via all of our social channels (Instagram, Facebook, and Twitter) on Saturday, May 4.  Be sure to check out the rules and regulations below so you don’t miss an opportunity to win the ATX Getaway!

Not sure what the ATX Television Festival is?  Check it out! For more information visit www.atxfestival.com. And for the Southwest-only 20% discount, visitwww.atxfestival.com/buy-a-badge and use the discount code LUVATX20, available through May 18, 2013.

NO PURCHASE NECESSARY TO ENTER OR WIN.  A PURCHASE WILL NOT INCREASE YOUR CHANCE OF WINNING.  VOID IN PUERTO RICO AND WHERE PROHIBITED.

a. How to Enter the Contest

b. To participate in the Contest, you may enter via the following method:

Submit an Instagram photo based on the challenge presented on the Media Channels, highlighting a favorite TV series cast while incorporating the Southwest Airlines brand via the Southwest Airlines Instagram handle @SouthwestAir using the hashtag “#LUVATXTV”.  Entrants may also share Instagram photos on Twitter® and Facebook®, but will not be judged from those channels.  All entries submitted will not be acknowledged or returned. By entering, Entrant grants Sponsor an irrevocable, perpetual, royalty-free, freely transferable license to use the photo for all purposes, in any and all media, whether now known or hereafter devised. Photos must not be copied, violate any third party rights, or use any third-party intellectual property such as logos or background signs.  Entrants acknowledge and agree that their photo does not violate any rights of privacy or publicity and that they have the written permission of those appearing in their photo to submit their image.  Photos must not disparage; contain material that is inappropriate, indecent, or vulgar; or promote bigotry, racism, hatred or discrimination based on race, gender, religion, sexual orientation.  Use of any device to automate entry is prohibited.  Proof of submission of an entry shall not be deemed proof of receipt by Southwest.  Southwest Airlines computer is the official time keeping device for the Contest.  Southwest is not responsible for entries not received due to difficulty accessing the internet, service outage or delays, computer difficulties or other technological glitches.  By entering this Contest, you agree to abide by these Official Rules and acknowledge that this Contest is in no way sponsored, endorsed, or administered by or associated with Instagram, Twitter or Facebook.

a. The contest is open to all legal residents of the 48 contiguous United States and the District of Columbia who are 18 years of age or older and the age of majority in their place of residence and have a valid e-mail address and an Instagram account as of May 4, 2013.   Void in Puerto Rico and where prohibited or restricted by law.  The contest is offered only in the United States.  Employees of Southwest Airlines, AirTran Airways, ATX Television Festival, and the members of their immediate families (spouse and parents, children and siblings and their spouses) and individuals living in the same households of such employees are ineligible to enter or win.  The contest is subject to all applicable federal, state, and local laws and regulations.

b. Only one winner per household is permitted in any Contest administered by Southwest Airlines.

Decisions of judges with respect to the Contest are final.  This is a contest of skill. Your chances of winning depend on how well your entry reflects the judging criteria, as compared to the other eligible entries in the contest.

. You need not be present to win.

Potential winner notification will be made on or about May 14, 2013 by the Sponsor via Instagram. The potential winner will be asked to contact Southwest with a given e-mail address provided via comment on the entrant’s Instagram entry. Once potential winner and Southwest make e-mail contact, Southwest will provide a photo for the potential winner to upload to the Instagram account the user uploaded the photo with in order to validate their account. Once the validation occurs, potential winner must execute and return any required affidavit of eligibility and/or liability/publicity release in which they agree to hold Sponsor, Facebook, and each of their parent, subsidiary and affiliated corporations, and the officers, shareholders, directors, employees, agents and representatives harmless against any and all claims or liability arising directly or indirectly from use or misuse of a prize or participation in the Contest.  Affidavits will be mailed or emailed based on the potential winner’s preference beginning May 14, 2013.  Affidavits must be executed and returned within seven (7) days or prize will be forfeited and an alternate winner may be chosen. If a potential winner cannot be contacted, is unable to accept the Grand Prize as awarded, fails to sign and return the required affidavit of eligibility and liability/publicity release within the required time period, or if a prize or prize notification is returned as undeliverable, potential winner forfeits prize and it will be awarded to an alternate winner.  Upon timely completion of required affidavits and release, winner should expect to receive their prizes in the mail by May 20, 2013.

a. Payments of all federal, state and local taxes are solely the responsibility of the winner.  Winner may be required to sign an IRS Form W-9 or the equivalent.

b. By participating in the contest, the winner agree to have their name, voice, or likeness used in any advertising or broadcasting material relating to this contest without additional financial or other compensation unless prohibited by law, and, where legal, to sign a publicity release confirming such consent prior to acceptance of the prize.

c. Southwest Airlines and the ATX Television Festival are not responsible for lost, stolen, mangled, miss-delivered, postage due, illegible, incomplete or late entries, telephone service outages, delays, busy signals, equipment malfunctions and any other technological difficulties that may prevent an individual from entering or claiming a prize.

d. Southwest Airlines and the ATX Television Festival in their sole discretion, reserve the right to disqualify any person tampering with the entry process, the operation of Southwest Airlines website, or otherwise in violation of the rules.  They further reserve the right to cancel, terminate or modify the Contest if it is not capable of completion as planned, including infection by computer virus, bugs, tampering, unauthorized intervention or technical failures of any sort.

e. Sponsors reserve the right to make changes in the rules of the Contest, including the substitution of a prize of greater or equivalent value, which will become effective upon announcement.

f. Failure to comply with the Contest rules may result in a contestant’s disqualification solely at the discretion of the Sponsor.

g. The Sponsors are not responsible for typographical or other errors in the printing, the offering or the administration of the Contest, or in the announcement of a prize.

h. Copies of the written Contest rules and a winner list (when complete) are available during regular business hours at Southwest Airlines, Emerging Media P.O. Box 36611, Dallas, TX 75235-1611.  For a winner list, send a self-addressed return envelope, after May 14, 2013.  All requests must be received by June 1, 2013.