Lighting Up The Street with our Southwest Spirit 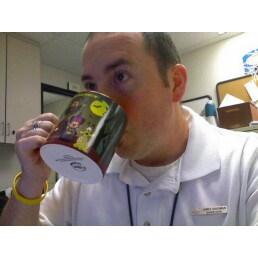 It's been about 15 years since I first began attending the Magnificent Mile Lights Festival.  No matter where I lived (Baltimore or Texas), I found a way to make it to Chicago for this amazing weekend festival.  The parade is the the big kick-off. In fact, it draws close to one million people each year.  The crowds are so thick, you have to get there early just to get a good spot to see the parade. 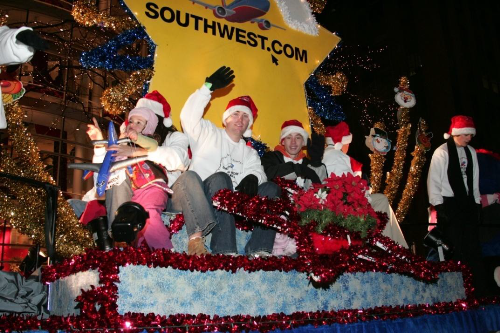 The Disney characters have a special place in my heart and since they are a part of the festival, this makes it even more important for me to attend. For the last 4-5 years, I have been organizing a group of Southwest volunteers to show their Fun-LUVing attitude and Warrior Spirit and "adopt-a-block" in front of a Million People for this parade. If I don't get a chance to spend the holiday in Disneyworld, why not bring Disneyworld here to Chicago!  That's exactly what happens during the weekend.  Mickey and all his friends are here to "light the lights" on Michigan Avenue.  With a wave of his hand, the lights come on block-by-block like magic. It's the most exhilirating thing!  Not to mention our Southwest volunteers have had the loudest, liveliest and craziest block's on the "Mag Mile" than anyone else!

It doesn't stop there - this is a WEEKEND festival, so I normally book myself a hotel room for me and my family. We make a weekend out of it.  Here are some things my family and I like to do when we are in town for the Holiday:

When I heard that Southwest was going to be a sponsor again I was "all in" and just couldn't wait to share the news.  Some of the fun things our fantastic Company will be doing in 2012 is:

As the Official Airline of the Magnificent Mile Lights Festival we will: 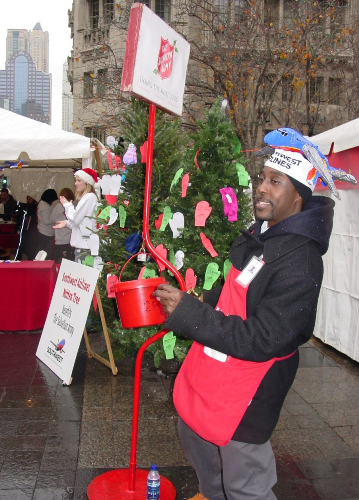 I am looking forward to once again showing the people of Chicago and the visitors from all over the World that our Employee's have the MOST FUN and know how to OWN THE HOLIDAYS.