Live at 35 with American Authors 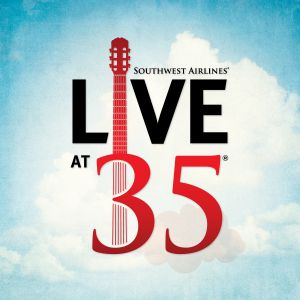 Southwest recently had the pleasure of spending some time with the Brooklyn-based band, American Authors, and we couldn’t be more excited to share their recent journeys with our readers. As Official Airline of the event ‘Live In The Vineyard,’ Southwest Airlines has behind-the-scenes access to a number of artists who are on the bill to perform an acoustic set at the Uptown Theatre in Napa, CA.  At the November event, we spent some time with the guys—Zach, James, Matt, and Dave—from American Authors, where we talked about their EP which is currently out and the anticipated release of their album in early 2014.  They also talked about how much they love being based in Brooklyn and how often they will walk around the streets of New York playing music, which  led to our very own private acoustic performance on the streets of Downtown Napa! We quickly learned that these guys are known to play in some pretty untraditional places, so it only seemed fitting to have them perform a Live at 35 concert at 35,000 feet in the sky!  They were excited to add a plane to their list of unique performance venues, joking that the next stop is playing in space—American Authors on the moon! Check out our fun journey with the American Authors!
5 Loves