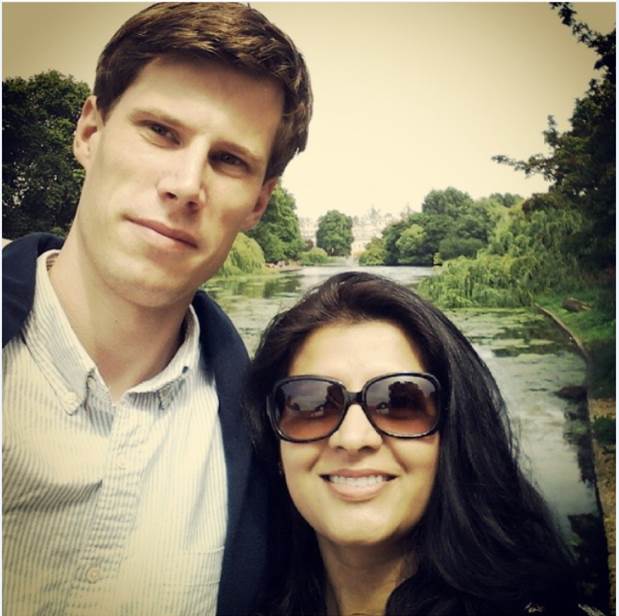 We all know that Southwest is the LUV airline—not just on Valentine’s Day, but 365 days a year. LUV has helped bring thousands of couples, both Customers and Employees, together, and each couple has a great story to tell. But the stories I love are ones in which, out of the blue, LUV unexpectedly swoops in like avenging Cupid to help turn a love story into a happily-ever-after story. This one could be my favorite! Meet Shweta and Peter.  Both are avid travelers (Shweta using her Southwest Employee Flight Benefits, Peter travelling during school breaks). They met and became friends while travelling through distant, exotic, romantic locales. As often happens, their friendship gradually deepened into the kind of love that leads to a lifetime together.  But seldom do memorable love stories lead directly to bliss, and there was one big problem looming large on the English horizon for newly-engaged Shweta and Peter:  she had a great job with Southwest, nearly 5,000 miles away in Dallas, while Peter was still in school in the UK. Love and the Law The best option would be for Peter to join Shweta in Dallas after he finished his studies—but it’s never that easy, is it? Obtaining permission for a foreign national without existing legal ties to the U.S. to move to America is notoriously difficult, but luckily as the fiancé of an American Citizen, Peter could petition the U.S. State Department for a “Fiancé Visa." So for the next entire year, Peter collected documentation that would establish their relationship in the eyes of the State Department and qualify him for a visa. And while Peter compiled his case, Shweta kept the transatlantic love light gleaming by using her Southwest Airlines flight benefits to commute as often as possible between the U.S. and the UK. With the documentation collected, Peter's next step was to plead his case during an interview with State Department personnel. Thousands try, yet only a small percentage walk away with the elusive “APPROVED” stamp on their application. Twenty Seconds that Changed a Life In order to even have their case heard, applicants spend hours standing in endless queues, are subjected to multiple security checks, have every page of their documentation examined in minute detail and, finally, must pass a notoriously intimidating one-on-one interview with a U.S. State Department official who ultimately holds the final decision-making authority on granting the visa. When the day of his appointment arrived, a very nervous Peter was acutely aware as he walked into the U.S. Embassy near Hyde Park in London that this indeed was “show time” in his quest to join the love of his life in Texas for their fairy-tale forever. Soon Peter's name was called, and he was shown to a shadowy interview room that contained a chair and a young woman sitting behind a desk filling out forms.  Peter sat down. The young woman didn’t look up as she held her hand out in his direction and said “paperwork.” Keeping her head down, she glanced over the paper and occasionally asked Peter questions in a bored monotone.  "Are you a British national?"  "Is your fiancée employed?" "Yes, she is," Peter replied, handing her Shweta’s letter of employment verification on Southwest letterhead. And right then … the Cupid of LUV burst into the American Embassy in London! The young woman looked up from the verification form with a beaming, surprised smile.  “Southwest Airlines?  Your fiancée works for Southwest Airlines?” "Yes, she does," answered Peter.  "For more than seven years." To which she responded, “Oh I LUV Southwest! I’m from Austin, and they’re the only airline I fly when I’m home,” she gushed. And with that she reached for a rubber seal and stamped Peter’s application with it, leaving the word “APPROVED” in large capital letters on the form. The whole interview process had taken twenty seconds. For the next few minutes it was as if Peter and the young woman were old friends, with her asking all about wedding plans and how he and Shweta had met, all the while gushing about Southwest Airlines. When he walked out of the Embassy shortly thereafter—his APPROVED Fiancé Visa form firmly in hand—he wasn’t sure exactly what had just happened, but he knew that it was a wonderful harbinger of a long and happy life with Shweta. The Future is Bright Peter is now settled in Dallas, and he and Shweta are busily putting final touches on their wedding plans. But neither one of them will ever forget how the loyalty and LUV that our Customers have for our airline extends far beyond the cities we serve. It can show up in the most surprising places—like London! Congratulations, Shweta and Peter—may you have a long and happy life together on the wings of LUV. 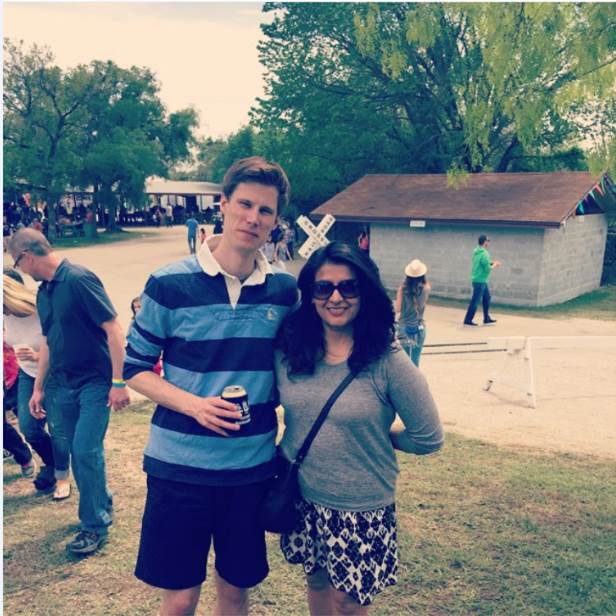