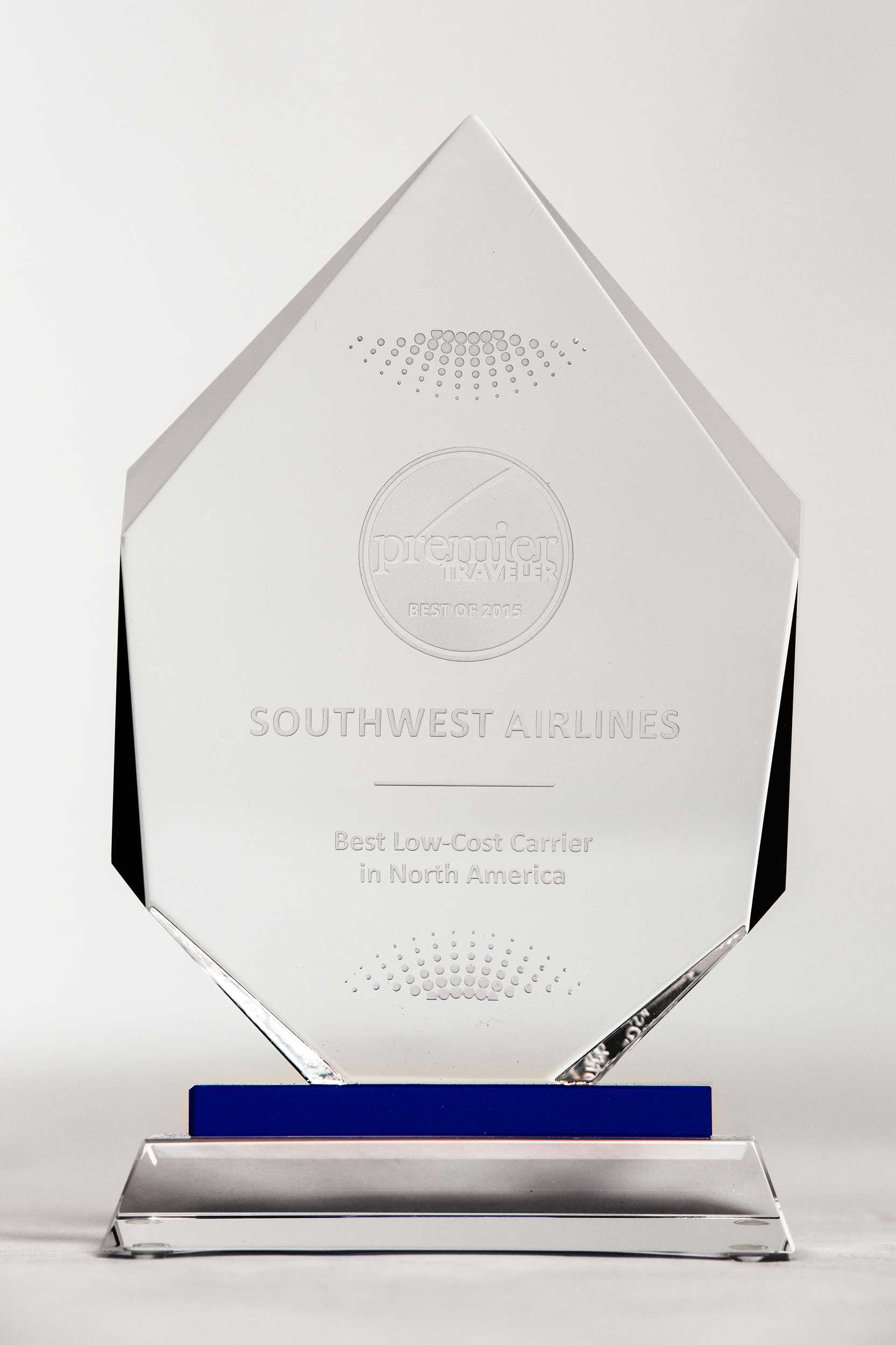 Southwest has been awarded Best Low-Cost Carrier in North America by Premier Traveler for the third consecutive year! Our purpose at Southwest Airlines is to connect YOU to what’s important in your life through friendly, reliable, and low-cost air travel.  We continue to honor the tradition of providing the highest quality of Customer Service and consistent transparent low fares to our Customers and thank you for your vote. ! Premier Traveler’s readers participated in the Best of 2015 survey May 1 through September 25, 2015, which was posted on premiertravelerusa.com. The survey consisted of open-ended questions and company names were neither suggested nor choices provided to the participants. More than 30,000 surveys were submitted by travelers, and the results concluded that when you think ‘low cost’ they think Southwest! This award is more than a title, it is further proof that Southwest continues to outshine our competitors, which is why we launched Transfarency in October. Transfarency is our belief that you should always be treated honestly and fairly, and low fares actually stay low—with no unexpected bag fees, change fees, or hidden fees. The Transfarency philosophy was created by and is practiced exclusively by Southwest Airlines.
2 Loves