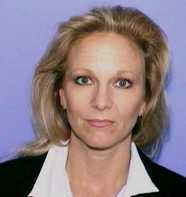 The Edwards family came into our lives and changed us forever on August 18, 2011, when Russell and his wife Roxy checked in curbside at HOU.  Customer Service Agent Carroll Herzog took care of them and was so moved, she called me on the concourse and asked if I would check on them and make sure they were okay. Russell had just come from M.D. Anderson and was quite ill.

I introduced myself to them at Gate 22. I offered Roxy my card, and said if they ever needed assistance while flying through Hobby or if I could be of any help at all, to please call or email me. I thanked him for his service as he is an Active Navy SeaBee E5.  In our conversation, I was made aware they are expecting their fifth child in April.  I, too, was moved by the fact that he is so young, 29, and been through so much. Russell Edwards has served our Country in Iraq, is the father of soon-to-be-five children, and now suffering from stage four cancer. I was struck by the Edwards' calmness and inner-strength. Roxy and I became Facebook friends, and she kept me updated on Russell’s illness and their new baby. I mentioned to Carroll and a few others if they would be interested in maybe collecting some Christmas gifts for their kids, or cookies or something. to bring some light to their holidays this year. They didn’t hesitate to say, "We’re in!"

I sent an email to my Managers with their story. They too said, "Let’s do it!" Emails followed, and we made a poster asking if anyone would like to help.  We decorated a collection bucket in the front office. I asked the Edwards to forward their Christmas lists. It was great! The little kids' lists were typical. The older girls, 12 and 13, were very selfless and only asked for fuzzy slippers and "prayers for my family."  We reminded Mom and Dad to send theirs too! Russell’s list consisted of Reese’s Pieces, anything Miami Dolphins, and prayers. Roxy’s was popcorn, fuzzy slippers, and also prayers for the family.

I took a chance and called the Miami Dolphins one day, and crazy as it sounds, they called me back!  Just days later, we received from them an autographed ball and hat, and goodies for Russell. Customer Service Agent Cheryl Armstrong called on her friend at Kelly’s Country Kitchen, and they donated Thanksgiving dinner, which we delivered. They provided Christmas dinner, too! I called Holiday Acres and they donated a live Christmas tree.  Russell was too sick after treatment, so the Edwards parents allowed us to take their four children to cut a Christmas tree down with HOU Employees. We enjoyed hot cocoa and a hayride, too! It was fabulous!

I contacted my friend Sgt. Spike Garcia from Ellington Field and he set the family up with the Houston Rockets pre-season game, where they were honored and received a wonderful gift. CSA Carroll sent out an email to all Southwest Employees at Hobby, challenging them to donate $100.00, explaining she would match the next donation. This soon started a competitive donating frenzy amongst Coworkers at Hobby. Before we knew it, we were being handed checks and hundred dollar bills from Employees. Their emails spread like wildfire. Lowe’s in Pearland donated Christmas lights, an inflatable snowman, and a wreath. Tom Stanley, our MRO, and Dale Moore, Provisioning Supervisor, went to the Edwards' house while Russell got chemo, and put it all up. The Edwards family came home to a Christmas wonderland! 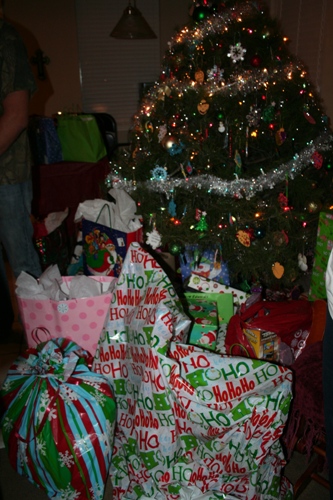 These pictures are from Monday, December 19, 2011, when we caravanned to the Edwards house in Manvel, Texas, and dropped off trucks-full of gifts, gift cards, and cash donated by HOU Employees. 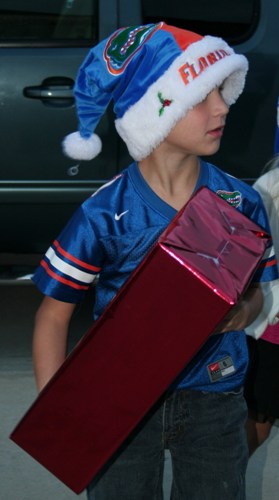 It has been a spectacular display of LUV, Caring, Spirit, and boundless generosity. It has left me speechless, and in awe of the people I work with, my Southwest Family. 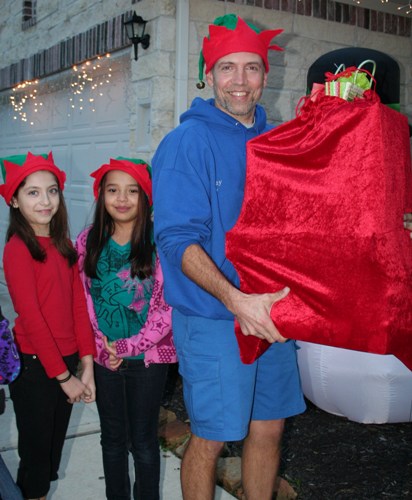 This has been a very, merry Christmas!