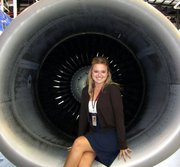 Albert Schweitzer once said, “I don't know what your destiny will be, but one thing I know—the only ones among you who will be really happy are those who will have sought and found how to serve.”

As a proud American, I have always held a special place in my heart for those who choose to serve our country.  Whether it was with a hug, a card, a care package, or a meal, my parents ingrained in me the importance of saying thank you to those who lay it all on the line.  However, it wasn’t until my 19-year-old brother enlisted in the Army, that I began to realize the depth of the choice that our servicemen and women make.

The false perception of service I’d held in my head vanished as I went three months without hearing his voice.  As Thanksgiving came and passed, and I realized that he wasn’t going to walk through the door and shout, “Surprise!,” I came to understand that Military Service meant far greater than I had ever known.  Whether he was digging a hole in the ground for shelter, piling dirt beneath his head for a pillow, staying up for hours on end and then running miles in the rain, or standing at attention for so long in the sun that sweat burned and dripped into his eyes—he continued to serve. 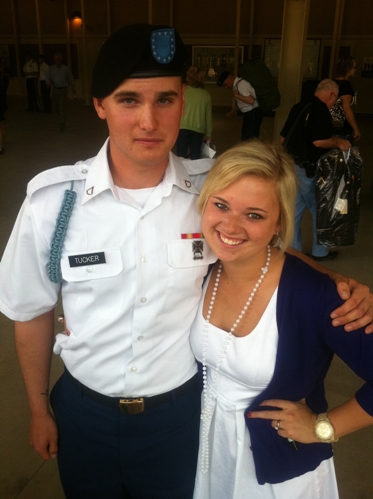 It was about 18 months ago.  I was dressed in a white wedding gown, hugging my brother goodbye because he was leaving for boot camp the next day. As I struggled to let him go, I asked him to explain to me why he chose to serve. With a smile on his face he said, “If my decision to serve gives a husband the chance to hold his wife another day, a father the opportunity to see his first born child, or a mom the ability to make it home for her son’s graduation, then I would make the decision to go every single time.”

There is a calling that they have answered and shoes that they have promised to fill.  We can rest easier and dream sweeter because we know that they have sought and found how to serve—for OUR Freedom.  As we enter this season as Thanksgiving, remember those who serve, remember our Military Heroes.

Patriotism runs deep at Southwest Airlines, and we are proud of all those who serve, especially the nearly 5,800 Active Duty, Reservists, and Veterans who are part of the Southwest Family.  In celebration of Military Heroes Month in November, you’ll hear about and read blogs about service, how we honor the military, the sacrifice these heroes make, and how we celebrate the brave who fight for our Freedoms. Who’s your hero?  How do you appreciate the military?  Share your story by commenting below.