My LUV for Aviation Runs in the Family 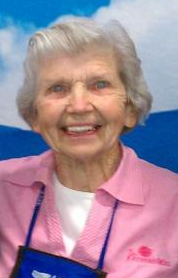 mwyall
Not applicable
My love of aviation began at an early age, and in fact, now runs in my blood.

My son, Captain Sumner Wyall, recently retired from Southwest, while my grandson, First Officer Brian Pohl, currently flies out of Las Vegas.  My granddaughter is currently attending the US Air Force Academy and will graduate this May, and she’s also been selected to attend US Air Force Flight Training.

March was Women’s History Month, but I think it is important that we remember the pioneering legacy of all women, including those before us, all year round.  I wanted to share with you a special group of women I had the privilege of knowing when my love for aviation was strong.  It was a love and passion for flying that I was happy to see passed on to my son and grandson who proudly wore their wings for Southwest.  During World War II, a select group of young women pilots became pioneers, heroes, and role models.  We were the Women Air Force Service Pilots—better known as WASPs—and the first women in history trained to fly American military aircraft.

Each WASP had a pilot's license.  We were trained to fly "the Army way" by the U.S. Army Air Forces at Avenger Field in Sweetwater, Texas.  More than 25,000 women applied for the WASP, and fewer than 1,900 were accepted.  As the program matured, the training also became more intense.  The initial eight classes trained for five months, and the following ten classes trained for seven months.  Eventually 1,074 WASPs earned their wings and became the first women to fly American military aircraft.

I began my WASP training in May of 1944, and graduated with the class of 44-W-10, the last class of WASP trainees.  During my time with the Air Force, I was able to fly AT-6, BT-13, and PT-17 aircraft—something extremely rare for my time.   Initially, the WASPs trained to ferry aircraft, freeing male aviators to fight in the war.  Our responsibilities expanded later as we flew functional test flights, towed aerial targets, delivered mail to remote locations, and taught instrument flying to our fellow aviators.  We took this duty very seriously.

Although the WASPs were disbanded in December of 1944 due to lack of support in Congress, it did not kill the WASP spirit.  We knew that more than 1,000 women trained in aviation would only help other American women follow their dreams into the field of aviation.  Each WASP felt a part of the Army, and although we were not recognized as such, each one of us was determined to not be cast aside and forgotten.  The skills we acquired prepared us not only for working, but specifically working in male-dominated workforces.  After leaving Texas upon disbandment, I returned to Indiana to fly freight aircraft and was the only woman in the state to hold an Air Taxi Certificate at that time.

I was blessed to be inducted into the Women in Aviation International Pioneer Hall of Fame in 2011, and I currently serve as the WASP Historian after a two-year stint as President.

Not all women in the 20th century were lucky enough to be featured in museums and our children’s history books; however, they all displayed identical determination and limitless potential.  Because of their courage, American women truly are a building block of our nation, and I encourage you to celebrate women and the important contributions they make to our businesses, communities, and our daily lives.
117 Loves