My Match Made in Heaven

Our tribute to Colleen continues this week.

I didn't attend our Company's recent Awards Banquet on June 28th, but I vividly remember the one I attended two years ago for my Southwest Tenth Anniversary. After everyone at my table had won an award, it still didn't dawn on me that I was probably sitting at the table for a reason. It didn't hit me until our President Colleen Barrett announced my name to receive the surprise "Freedom Fighter" Award.

I was SO stunned and emotional that I couldn't move from my chair, and my husband had to intervene and escort me to the stage.

I also remember the first time I met Colleen, at the 1998 Oakland Message to the Field. I nervously tapped her shoulder to ask if I could take a picture before she left the auditorium. I quickly developed and framed the picture, and it still hangs in my office today.

Again, little did I know how much this one extraordinary woman would influence my life for the next ten years! From thoughtful gifts to celebrate my birthdays and Southwest anniversaries, to various Company honors I've been fortunate to receive, Colleen's LUV and support have deeply touched me.

Through Colleen's Culture Committee, I got to see the "Queen of Heart's" unwavering dedication to Southwest's mission firsthand and to learn why she's become a legend in her own right. Colleen is absolutely the hardest working woman I've ever known!

Of course, "Uncle Herbie" has been special to me too. I'll never forget my flight home from Dallas on May 22nd, the day after Herbie's last shareholders meeting as Chairman of the Board, and I found him in the back of the plane, yukking it up with Customers and the Flight Crew. When the plane landed, a Flight Attendant announced Herb's retirement, and the 137 passengers and whole crew gave a standing ovation.

Before he stepped off the plane in San Antonio, he was asked to autograph the "Thank You Herb" poster - a priceless shot of him laughing in the cockpit - in the forward galley. It moved me to watch Herb inscribe: "THX, Uncle Herbie." With a reassuring hug, he smiled at me and said, "Don't worry, I'll still be watching ya!"

Both Colleen and Herb have been more than Servant Leaders and role models to me - they've been inspirations. Very few people know this, but Kim is actually my middle name. My biological mother, whom I never knew and who passed when I was a little girl, named me Phuong, which means the Phoenix. And if you don't already know from my previous blog posts, I love to travel and fly like a bird! As I stop to think about how my life has unfolded, I can unequivocally say it is no coincidence that I work for the Southwest Family.

Having been born in a war-torn country and having worked to support myself throughout the majority of my adolescence, I learned very early to treat others as I'd like to be treated; help other people; fight for what's right; and count life's many blessings. How lucky I am to have found my home in a Company that lives by The Golden Rule; works hard to do the right thing for its Employees and Customers everyday; helps communities prosper; and after 37 years, still gives people the Freedom to Fly!

Congratulations and thank you "Mother Colleen" and "Uncle Herbie" for making your dream a reality for your 34,000 kids and countless Customers and admirers throughout the world. Most of all, thank you for believing in and watching over THIS KID...I'm sure my mother, Nuoi Thi Phan, would say the same!

Kathi
Explorer C
I can't tell you how many times Colleen has impacted my life as there are just too many to name. I can tell you though, that everything that has been written in the last week, is true and heartfelt. In reading the blog, I get proud, puffy, and almost always teary eyed, like I am reading articles about my own Mother. I recently had a career clarifying moment with Colleen at a Culture Committee meeting. She surprised me in how much she knew about my Southwest life. I am just one of over 34,000 you know. Anyway, when I approached her later in the day and thanked her for taking the time to know about me, one person in her universe, her words were, "Mother knows all" followed by her signature laugh and a great big hug. Truly, I could not ask for a better replacement of my own Mother, I just wish she lived a little closer so I could make those "nightly Mom phone calls" that I miss so much. Thank you Colleen, for being you, for being Southwest, and for being a "Mother" to us all.
4 Loves

Employee
To jazzyspreetsing and Kathi! Thank you for sharing your posts! I love Herb's quote and Kathi, I enjoyed reading about your experiences. I was so bummed that I couldn't be in Dallas today to partipate in Colleen's special tribute, but it was nice to be with fellow Culture Committee members at OAK's Hokey Day today. We got to honor Colleen as we helped spread the LUV to our awesome Employees! ;)Kim
5 Loves

Debbie4
Explorer C
I have been so fortunate to be a Southwest Airlines employee for 27 years! I appreciate Herb and Colleen for "raising me". There has never been one of my Birthday's or SWA Anniversary's that they have missed. They have always remembered me 🙂 They have this great memory for knowing all our names, no matter where you see them, you can always get a hug! Thank you Herb and Colleen............xoxoxooxoxoxoxooxoxoxoo
6 Loves 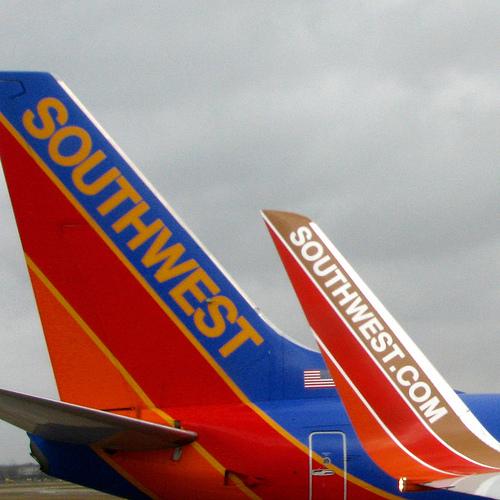 flysouthwestair
Explorer C
this is soo cool i love it.
4 Loves

cbarrett1
Explorer A
Kim: Herb and I LUVed your blog posting to us==thanks so very, very much. LUV you too, my Friend. xoxo Colleen
5 Loves