Good Monday morning!  Schedules are now available for both Southwest and AirTran for travel effective Nov. 4, 2012, and going all the way out until Jan.  4, 2013—including the Thanksgiving, Hanukkah, Christmas, and New Year’s holidays!  Transitioning cities…transferring markets…new nonstops…multiple schedule variations…there’s lots of cool stuff in our November schedules!

Probably the biggest “oh REALLY?” in this new schedule is that, effective November 4, we will transition Key West, Florida, from an AirTran market to a Southwest market.  Southwest will operate one daily nonstop flight each between Key West and both Orlando and Tampa Bay, offering direct and connecting service to up to 53 other Southwest cities.  Whether you prefer Pirates or Hemingway, if you like tropical FUN (not to mention AMAZING sunsets!), you’re going to LUV Key West!

Southwest will also add new nonstop service in five markets—one daily roundtrip between Denver and Louisville, between Houston and Orange County, between Kansas City and New Orleans, and two daily roundtrips between Houston and Indianapolis and between Dallas and Harlingen.  (Historical note:  this will be the first time we’ve offered nonstop, daily service between Dallas and Harlingen in around 30 years!)  We will also transition a dozen or so Milwaukee flights from AirTran to Southwest.  Southwest will take over five daily roundtrips to Minneapolis/St. Paul, two to Boston, three additional nonstops to New York/LaGuardia, and one each to Ft. Lauderdale and San Francisco.  Each of these Southwest additions at Milwaukee corresponds to an equivalent reduction using AirTran aircraft.

Seasonal additions for the winter/holiday season will be daily roundtrip nonstops between Ft. Myers and both Boston and Hartford; Ft. Lauderdale and both Kansas City and Manchester; and Milwaukee and Tampa Bay.  Southwest will also discontinue service for the winter season between Hartford and Las Vegas and between Birmingham and Phoenix (connecting service will continue to be available in both of these markets), and will permanently discontinue service in three short-haul nonstop markets, ending nonstop Southwest service between Birmingham and Nashville, between Chicago Midway and Indianapolis, and between Ft. Myers and Orlando.

Over at our subsidiary, AirTran Airways, we’re equally busy with the process of integration as well as responding to seasonal changes in Customer traffic.  In addition to those markets that are transitioning service to Southwest mentioned above, we’re adding seasonal daily nonstop roundtrips between Tampa Bay and Buffalo, Columbus, Pittsburgh, and Rochester; and between Ft. Lauderdale and Columbus, Indianapolis, and Philadelphia.  We’ll also add four weekly nonstops between Ft. Myers and both Flint and Grand Rapids, and Saturday-only nonstop service between Grand Rapids and Tampa Bay.  We’ll discontinue seasonal AirTran service between Baltimore/Washington and Bermuda, and between Branson, Missouri, and Houston Hobby, Baltimore/Washington, and Chicago Midway.

Even more so than in previous schedule changes, we’ve made extensive frequency adjustments in this schedule—more than 100 markets are adjusted on the Southwest network and more than 60 on the AirTran network, and that’s not including the new or discontinued markets discussed earlier!  Making this schedule even more interesting is that there are additional frequency changes even within the schedule, particularly during the holiday weeks. For example, the Wednesday before and the Sunday after Thanksgiving are such busy travel days that we create special schedules with extra flights just for those days!

I know it’s hard to get too excited about the Holidays before we’ve even officially gotten to summer, but we’re pretty pumped about this schedule.  Let me know if you have questions….and have a great week!

Rick4
Explorer C
Why did you move the RSW flight from PVD to BOS? Thats just opening the door for someone like Jetblue!
8 Loves

Bob_in_CT
Explorer C
Bill, Thank you so much for the expanded BDL RSW nonstops. We'll fill those seasts and make you proud!!!!
9 Loves

swafan08
Explorer A
how about some new dulles airport service!!
5 Loves

Cal_Sat
Explorer C
A glance at the schedule extension through January seems to indicate that the morning SAT-HRL nonstop and the evening HRL-SAT nonstop return are both gone, with only a mid-afternoon nonstop between the two in both directions. If so, that's awful for us who fly from SAT-HRL and back for day trips.
5 Loves

Matthew_Miller
Explorer C
Sad to see LAS gone for the winter, but what will fill that time-slot? Houston and Phoenix are both very profitable markets for SWA out of BDL, that has yet to be tapped into. Airlines have flown to these destinations, and been very successful.
5 Loves

mikebarnbaum
New Arrival
Bill: I do have questions. First of all, I hope you are doing well and the integration process is going to your expectations. In the meantime, I see that Washington Reagan National Airport (DCA) is a Southwest Airlines Airport as of July 8th. I have found it though, quite difficult finding flight schedules for "Capitol-to-Capitol" travel between Sacramento (SMF) and DCA. Like many "campaigns" that have been launched like "Free Hobby" being the latest and "Wright is Wrong" and "San Francisco Open Your Golden Gate" among others, I hear it every day from people in the Sacramento Region for affordable fares from "Capitol-to-Capitol" to happen. Now that I have read in the SwaMedia Website that DCA is part of Southwest in July, I'm now hoping that some careful thought can be put into some SMF-DCA service and in the schedule when it opens again on July 9th for travel through March 8th. For now, "non-stop" is not necessary. It would be great, but direct "same-plane" and even some connections would be nice too. I fully understand that this might mean that some consideration might be thought over in either adding an Austin - Sacramento nonstop or perhaps an Oklahoma City - Sacramento nonstop to the schedule so that Sacramento has the ability to connect to Washington Reagan National Airport. To some extent, I have talked to Southwest Airlines Communications Department Staff in regards to Sacramento - Austin and Sacramento - Oklahoma City. In looking over the two, if I had to vote for one, it would be Sacramento - Oklahoma City since the Sacramento Kings need to play the Oklahoma City Thunder and in Pacific Coast League Baseball, the Sacramento River Cats (Oakland Athletics) need to play the Oklahoma City Red Hawks (Houston Astros). There are no sports contests in which Sacramento would need to travel to Austin. At some point, I recognize that my question and my request is quite long here in this blog, but would be able to look this over carefully and reply back to me with your thoughts? Thank you so very much. Sincerely, Mike Barnbaum, Registered Community Blogger & Rapid Rewards Member in Sacramento, California
5 Loves

Stephanie_Brown
Explorer C
What about Seattle and Spokane? There are NO COMMENTS about northwest 😞
5 Loves

sforsyth
Explorer C
How about an update on where the 737-800's are going?
5 Loves

Dave___Gordon
Explorer C
We are SO excited to finally have Southwest take over the AirTran routes!! We look forward to easier access to Key West, as well as more cities for us to visit to when we need to leave our beloved coral island. Sincerely, Dave & Gordon www.keywesttravelguide.com
8 Loves

Tammy_Sledd
Explorer C
Just wondering what future plans are for Dayton with SWA? Is DAY to MDW a possibility? And is SWA looking at the newly renovated CVG as a future option?
6 Loves

Anonymous3536
Explorer C
What about a Houston to Boston Route? Atlanta to Philly, New York, Boston, South Florida, and DC? and a Reagan-Dulles Route Reorganization and schedule adjustment which could provide direct service from Chicago Midway, Atlanta, and Maybe Milwaukee to DCA and service from Saint Louis and/or Houston to Dulles. Some of your newer markets are markets where people have choice and People can get that with some small efforts by this airline
12 Loves

swafan08
Explorer A
dulles needs more to grow with swa more and rent more space at dulles or SOMETHING... ! we are limited in our options at dulles for swa:( who do i talk to at swa?
6 Loves 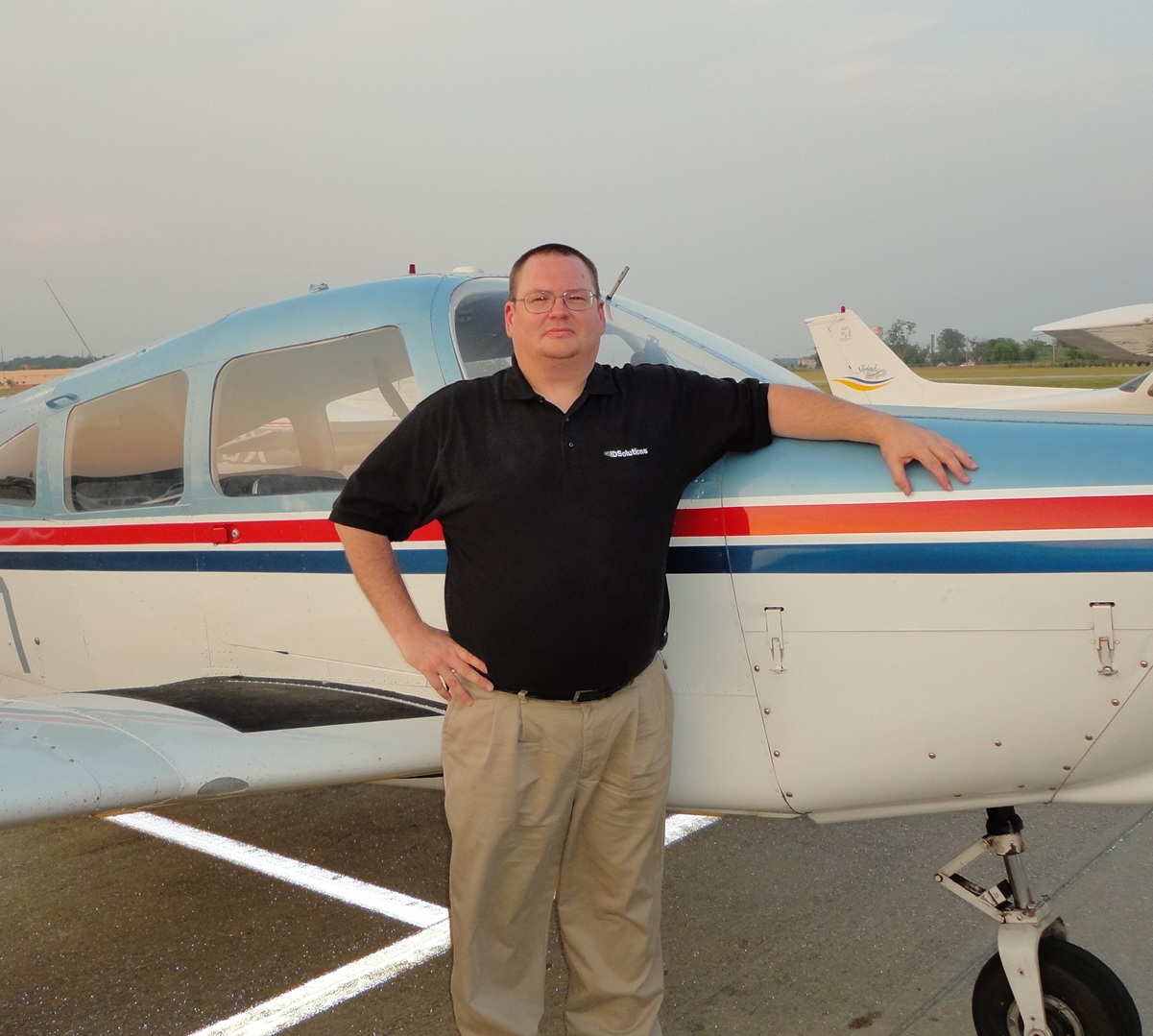 mdjezierski
Explorer C
Drop 4, add 2 flights out of IND. Getting to be less and less options all the time out of IND. Not just pointing at you SWA - all the carriers are cutting flights out of Indy. So now that IND<->MDW is going away, and frankly much of that route's traffic was for hauling pax to other destinations through the MDW hub. So will this mean BWI and DEN will be the usual hubs for Indy passengers? Will the new non-stops to HOU eliminate the layover at MCI (by far the worst airport for layovers!) when going to DAL? Speaking of DAL, will Love Field become a SWA hub once the Wrong Amendment expires in 2014?
6 Loves

lchnl
Explorer C
Any new service to HNL or OGG? Would luv to see you flying over here!
6 Loves

Christine_Petty
Explorer C
Will there be more flights added to Orlando in December?
8 Loves

ml24
Explorer C
So unhappy about MDW to IND discontinuation of service. If I had wanted to fly UA or AA I would have been doing it instead of SW for the past 14 years!! Awful!!
13 Loves