The process began in 2001 with the delivery of two brand new 737-700s in our new Canyon Blue livery to mark our 30th Anniversary.  Starting that year, all new deliveries to Southwest arrived wearing the new colors, and we began to repaint the existing fleet in the new colors with the exception of three aircraft we planned to keep in the original livery to commemorate our original three cities.  As I mentioned in my January 5 post, those aircraft are:

Until today, there was a fourth aircraft in the original livery, and that was N347SW.  Michael Bludworth at the 1940 Air Terminal Museum at Houston Hobby snapped this spectacular landing shot of N347SW at Hobby the week of January 18.  Thanks to Michael for his permission to use it, and if you have a chance, take a visit to their museum located in Hobby’s 1940 Terminal.

(Technically, N347SW is the only aircraft in the original livery; the three classics named above have a new paint that features gold flakes.)  My original post was a bit optimistic about when the aircraft would be repainted, but it left Dallas early this morning on its way to Seattle in its last day of revenue service wearing the original Southwest colors.  By tomorrow this time, it will be stripped to bare metal, and in about six weeks, it will emerge into the damp air of Puget Sound wearing shiny new Canyon Blue.

While it was too dark this morning to photograph the last departure from Dallas, we have an additional photo taken while N347SW patiently awaited its makeover.  This is from Rob Hahn in Customer Relations and Rob captured the aircraft departing Dallas a couple of weeks ago.

My colleague, Brad Hawkins, will be with N347SW as it begins its transition, and we should have some video in the future.  Stay tuned.

Andrew_in_Orlan1
Explorer C
6 weeks?? Wow that's a long time to be out of service! Is that how long a typical heavy maintenance check takes? How long of that time out of service is dedicated to the actual painting of the aircraft? Drew
6 Loves

Michael_Henry
Explorer C
This is pretty cool! Thanks for sharing this journey with us. I can't wait to see more.
8 Loves

Constance_M_Sco
Explorer C
i WILL BE FLYING sOUTHWEST ON THE 13TH GREAT DEALS HERE THAT YOU CA'NT BEAT ANYWHERE IN THE WEST. i LOVE YOU GUYS & YOUR SERVICE IMPECABLE!!!
3 Loves

Robert111
Explorer C
You guys are the best.Will never fly anyone else.keep up your hard work and you,ll continue to be the best airlines in the world
2 Loves

blusk
Aviator C
Drew, Six weeks is pretty normal for overhaul. They essentially gut the entire airplane down to the airframe and rebuild it. Brian
2 Loves

Linda15
Explorer C
My husband and I love your airline and always fly with you if you go to our destination. Your service is great and your people the best, especially when we have a singing landing here in Music City!
2 Loves

florence_Waters
Explorer C
Great airline, we wouldn't think of flying with anyone else. Not only are the planes very nicely maintained but the crews are alway ready to speak to you before and after flight - not stuffy and standoffish like some. Keep up the good work.
2 Loves

Yvonne_James
Explorer C
Thank you Southwest for always getting me to and from my two hometown airports...Phoenix and Ontario!! You have always been the one airline I can always count on!!! I will miss the classic color planes as they were always my favorite to fly on when my sister lived in the Phoenix area in the late 1980's and it will always be a special memory for me!! I am actually flying out of Phoenix to Ontario today to visit family in CA that I did not get to see at Christmas time!! Thank you again for always making my flights so memorable!!
2 Loves

Anonymous4240
Explorer C
I've always liked the original desert sand colour better and have been wondering why I don't see those planes anymore. Now I know; but I still LUV Southwest 🙂
2 Loves

Anonymous2175
Explorer C
I have to ask, is the new blue color more expensive? Let me clarify, does the new color make the planes hotter than the old colors, costing more APU power to supply air conditioning, costing more money in fuel? I was just curious.
3 Loves

Sam_Gold
Explorer C
Am I alone in preferring the old livery?
3 Loves

Kelly1
Explorer C
You know, I became a fan of Southwest because I love your service and all your non stops. I didn't really think I would check out the various blogs and picture links, but I do find myself doing it at times! Loved the picture a few weeks ago with the dog in the foreground. Cool idea and thanks for sharing, Kelly
3 Loves

Imagma
Explorer C
I do hope your planes will continue to have the blue and red also on them. I like to watch them fly over my house and know who you are. It is an idenifying feature and I love it !!!!
5 Loves

buckeye
Explorer C
So its official when you see the 'old school' livery its only one of three. Pretty cool thanks for the post and thanks for the link to the 1940 Air Terminal Museum. I've heard about it but didn't know where to find it.
2 Loves

Anonymous3309
New Arrival
I can not wait for pictures and video. Thanks for being in touch with us!
5 Loves

Greg_W_
Explorer C
So it's more than just a new paint job. Is it getting winglets, too? Larger overhead bins like the 700's?
5 Loves

J_Ware_Midland_
Explorer C
How about some flight attendants in their original livery also.
5 Loves

Matt_Cawby
Explorer C
N347SW arrived at KPAE on the afternoon of February 3, I have a short video: http://www.youtube.com/watch?v=BeBKbyEu-8A
5 Loves 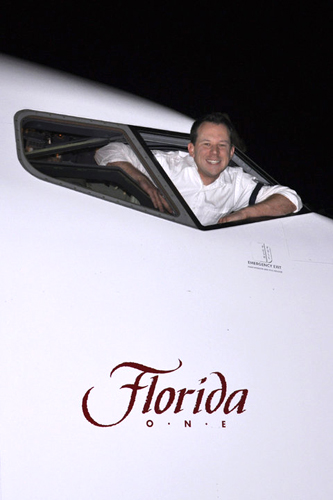 flyingphotog
Explorer B
Just for old time's sake, we need one in the original ochre, circa 1971! 😃
6 Loves

blusk
Aviator C
Thanks for your comments. Greg W, I don't think it is getting winglets, that is a separate program. As to the overhead size, there is just a size difference between the -300/-500 and the -700. Matt C. thanks for the video link. We hope to have our own up in the near future. DFWxpress the 1940 Museum is well worth a visit. Brian
6 Loves

Chris_Turpin
Explorer C
I am anxious to see the new gold flake originals! You know they have to look good with the sparkle in the paint!
10 Loves

randy_Prine
Explorer C
As long as Southwest doesn't charge us for changing tickets and keeps its Companion Program we will continue our life "up in the air" no matter what the color of the plane!!
7 Loves

David38
Explorer C
So what about Triple Crown One? I don't think that tail was ever painted over, was it? Is this an exception or what?
7 Loves

Michael_Bludwor
Explorer C
Hi! Glad to share my picture of the old bus before she went into the shop. I've been shooting pics of SWA since the early '80s...we'll have to go back there sometime! I first flew SWA in 1976 and we've all come a long way since then! There are more shots of 347 in my Flickr set; she does a full turn for me and I had great SW light at the end of the day! http://www.flickr.com/photos/10659106@N00/sets/72157623343877490/ Everyone is welcome to visit us at the 1940 Air Terminal Museum at Hobby Airport (HOU). Hobby Airport is just across the field from us, so we're easy to get to! Just let our crew know that you've come from SWA! www.1940airterminal.org Thanks! Michael
6 Loves

Ray_hemphill
Explorer C
Who would have thought that a commercial eterprise would generate such warm personal comment. Count me among the admirers. We fly SWA mdw to bwi several times a year.
5 Loves

Anonymous1768
Explorer C
Isn't it out of paint yet?
7 Loves

Anonymous760
Explorer C
It would have been nice if they kept the classic colors on the 3 different 737 models that the airline has. like keep a 737-300 brown, 737-500 brown, and 737-700 brown. That would also be a nice way to represent the 3 cities that they first started out with. Just paint 1 of each kind of aircraft in the brown colors.
7 Loves