Beginning October 13, Dallas Love Field is FREE!  The restrictions of the Wright Amendment will be gone, ushering in nonstop destinations that span from coast to coast.   Southwest has been counting down the years and weeks (literally—we have a billboard at the Love Field entrance and a countdown clock in our Headquarters lobby) until we can say, “Goodbye, Wright Amendment. Hello, America!" 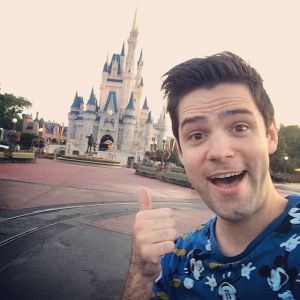 I was lucky to spend a semester working as a part of the Walt Disney World College Program, so I have great memories working and living at one of the happiest places on earth.  Obviously, I’m biased, but I recommend visiting Orlando for the theme parks!  Walt Disney World Resort is a must-do and an absolute blast. Although I live in Dallas now, I take multiple trips a year to visit my many friends there and check out new park features—I’ve even gotten to chronicle some of these experiences for Southwest’s YouTube channel. In terms of daily departures, Orlando is Southwest’s tenth busiest airport, serving connections to over 40 cities.  It gives a great glimpse of Florida, and lets people of all ages relax and explore.  Who needs a beach when you have so much excitement right in front of you?  From tranquil resort get-a-ways to fast-paced adventure spots, you’re sure to find something you’ll love.  Here are some of my favorites! Your Orlando to-do list: To Eat: To Do: To See: My City Secret:
5 Loves