I remember the day I first learned The Columbus, Ohio was a great place!  It was my first day of a college internship when my supervisor yelled “O…H…!” on our way to drop off a package at FedEx.  I, of course, asked if the box was too heavy and if he needed me to help carry it.  He looked at me and with as much passion as any loyal Buckeye fan (I now know this) and said “Ashley, if you are from Columbus, you know the appropriate response that follows in any Buckeye-blooded crowd is I…O…!”.  What a loyal fan!   How ironic is that in the future that I would end up working for Southwest Airlines and be charged with marketing Southwest to the community that is The Columbus, Ohio.  Not only have I come to admire that most famous cheer, but also the many wonderful things and people of Columbus.

Recently, Southwest’s very own CEO, Gary Kelly, had the privilege (or maybe not since Gary is a longtime Texas Longhorns fan) of hearing the cheer multiple times when he visited the great city of Columbus.

Gary landed and was warmly welcomed by TEAM Columbus!   They had decorated the station with banners, balloons, and served up a most delicious BBQ lunch to welcome him to Columbus!  Gary enjoyed spending the morning interacting on the frontline and the hardworking Employees enjoyed showing Gary around the station.  He then headed over to the beautiful OSU campus to meet with the charismatic football legend, Archie Griffin.

Following that meeting, he discussed the attributes of a good leader and gave insight to the success of Southwest Airlines to MBA students at the OSU Fisher College of Business.

Gary was then off (you did know Southwest Employees were the most productive in the industry, right?) to a fabulous dinner that was hosted by the Columbus Airport Authority.

The next morning, Gary was the keynote speaker at the Columbus Chamber of Commerce first Annual Breakfast Speaker Series.  He spoke to the Chamber Members about the current state of the industry and answered questions from the group.  The attendees were invited to try Southwest Airlines’ Business Select product (our new fare that offers priority boarding, an extra Rapid Reward credit and free drink) and given a discount coupon off their next Business Select flight.  Finally, one lucky Chamber member won two roundtrip tickets anywhere Southwest flies.

Yes, Gary left Columbus with plenty of OSU gear, but more importantly, he left with a sense of what makes The Columbus, Ohio a great community. It’s very apparent the people of Columbus have a passion for their city and the aviation industry (after all, Ohio is the “Birthplace of Aviation”).  Southwest Airlines is proud to be the hometown carrier of Columbus and will continue to have that same passion to provide the best Customer Service to our Ohio Customers!

I hope to one day  be given the opportunity to “Dot The I,” which is a huge privilege as I have learned, but until then I will simply say “GO BUCKS”, despite my love of the SEC!

Mary13
Not applicable
You're new schedule from CMH to MCO is great! But I grew up in Columbus and went to OSU when it was NOT called THE Ohio State Univ....just plain old OSU. Never quite understood the appeal of the THE.
26 Loves 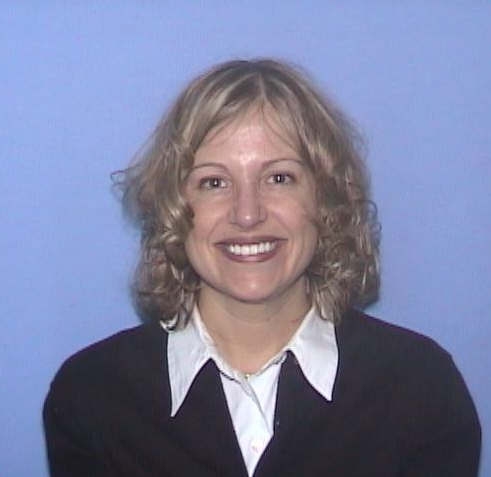 arussell
Not applicable
Ash gurl: As a Southwest Employee, CMH native and die-hard OSU fan (yes...even my blood is scarlet), I was thrilled to see your post on what a great city the C-bus truly is! Our Employees in CMH are wonderful; they always take such good care of me on my trips back to MDW! Great post! Go Bucks! Angie
26 Loves

Kelley
Not applicable
Hi Ashley! Great article! I am a PHX-based Flight Attendant, moved out to the desert in '94 but I was born and raised in CLE. Needless to say I am still a HUGE Browns, Cavs, Indians and of course Bucks fan. It never ceases to amaze me the amount of people that throw out the "O H" at me when I wear my Buckeyes hat out here in PHX. I was flying back to CLE a few months ago, first flight in the AM so of course I am stumbling through the PHX terminal, still half-asleep, my Bucks cap pulled down over my bleary eyes, and of course I get an "O H" thrown out at me. I didn't miss a beat, just gave back a VERY sleepy "I O". :) Looking forward to coming home for Cedar Point 4th of July weekend!!!! LUV, Kelley PHX 22358
21 Loves

Chris_Baker
Not applicable
CMH is an easy airport to get around. It's also very easy to get in and out of. And with good roads, it's easy to get downtown and anywhere else. The port authority also made the wise decision to have the cargo flights (FedEx, UPS, DHL, etc.) fly in and out of Rickenbacker (LCK) airport. That's about ten miles away. A few commercial airlines (like Hooters Air) have also flown out of LCK. Still, some other companies like NetJets still use CMH. And with Bolton Field and the little airport at OSU, it will surprise a lot to hear that Columbus actually has four airports.
25 Loves

cmhflyer
Not applicable
Glad to hear you enjoy C-bus so much. Now, how about convincing the higher-ups to expand CMH? We're lacking several key cities, like FLL, RSW, MCI.
12 Loves

jazzyspreetsing
Not applicable
awesome! i hope mr. kelly can visit my school when I go to college! btw, on jaunted I saw a thing that had a picture of Mr. Kelly there, and it looked like Mr. Diffenderffer was in the background! (Mr. Diffenderffer was the ex CEO of Skybus)
18 Loves

Leah3
Not applicable
In October & November 2006, I interviewed for a CSA position at CMH. Even though I wasn't picked for training, I still LUV CMH & SWA! The city, airport, & of course, staff, are very nice. Jill, a CSA who was one that did my first interview, reminds me of one of my Piano teachers I had in college! 🙂 Another nice thing about the airport is it has one of my favorite stores-Bath & Body Works! Of course, I had to make a purchase there, even though we have that store in my hometown of TUL. Now, if the TUL airport could just build one there! :) Fact for the day: My birthday is this coming Saturday, the 26th! The one who guesses my age correctly wins $61, 819.71! 🙂
17 Loves

Lori_P
Not applicable
Hi Miss Ashley, I was reading your post on the very cold Chicago temperatures and after checking out some of your other posts I just had to comment on this OH..IO one. I very proud to say I hail from the awesome state of Ohio having spent my younger years in the town of Westerville Ohio. I live in Phoenix Az now and my husband and I both work for Southwest Airlines, in fact we each celebrate our 20th anniversaries with Southwest this month. I digress, back to Ohio. Like I mentioned I do live in Phoenix, but I will always think of Ohio as my true home. You know, Ohio and everything that it stands for such as the birth place of aviation, its very down to earth people, and of course its die hard Buckeye fans are really just a sample of the unique qualities and aspects of the state. I have always felt like Southwest Airlines and the State of Ohio are similiar in many ways, and no one could have been happier than me when Southwest initiated service to CLE & CMH way back in 1992. Alright, now I'm really dating myself! Anyway, I just wanted to tell you I'm so glad you've been able to experience two of my favorite things Ohio & Southwest Airlines, because from where I'm standing both, that is the state and the company, cannot be beat! Love and Peace, Lori P PC/CCR
21 Loves