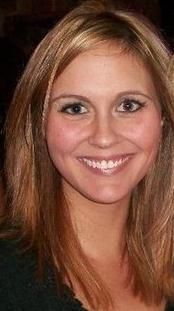 Southwest Airlines held a Tweetup on May 22 to celebrate our new service to Panama City Beach.

The Panama City Beach opening weekend is just about enough to make me want to set up residence here! I have been in heaven with my flip flops in hand and toes in the sand. Saturday night, we upped the ante when we threw a laid back, beach bar-honky-tonk into the mix.

Folks were tweeting, toes were a-tapping and several walked away with Southwest tickets! The Steve Collier Band kept the crowd lively and shared some Southwest LUV, even bringing our very own Steve Heaser on stage for a duet.

Panama City Beach could not be treating us any better and I look forward to hitching a Southwest ride back here soon!

Anonymous1469
Not applicable
WHY I AM SO EXCITED ABOUT THE NEW PANAMA CITY BEACH SERVICE? YES, ALL THOSE LISTED, BUT THOSE ARE WONDERFUL PERKS! THE TRAVEL TIME FROM TALLAHASSEE IS ONE, 1, ONE HOUR LESS THAN TO JAX!!!! YEA! YEA! and SUCH A LOVELY RIDE. Thanks Southwest and Panama City Beach. FLYING SW FOR YEARS AND LUVING IT. 69 AND FINE IN TALLY
277 Loves

Anonymous2898
Not applicable
The photo above is Scott Collier and he invited country artist Randy Houser on stage to sing. Little Jimmy Dickens was also there. If you're going to blog about events, you might want to get your facts straight.
277 Loves