This Memorial Day, I hope everyone will remember those who have served or are serving in our Military.  Memorial Day, Independence Day, and Veterans’ Day all bring about memories of my Father, Glenn B. Self.  My Dad served his country during World War II.  He was captured and spent three years of the war in a prison camp.  My Dad and the other prisoners in his camp built a bridge and railroad.  You may recall it from the movie, “The Bridge over the River Kwai.”  He never discussed his capture much, especially when I was younger.  One of the rare occasions that I recall is that my Dad wore a protective band around his lower leg when he wore shorts or went swimming.  As kids we used to ask him what happened and he would tell us that was where an alligator bit him.   Later on in life, I learned that while he was in the prison camp he had developed a tropical ulcer.  These ulcers were common due to the malnutrition and lack of hygiene.  However, they could become infected and usually it resulted in amputation of the limb.  Since surgery was something not readily available, the guards wanted to amputate his leg.  My dad begged a Dutch Doctor, who was also a POW, to operate on him.  The doctor refused to operate telling my father that the pain would likely kill him since he was unable to obtain anesthesia to put him out.  My Dad was extremely persistent and finally the doctor gave in, six men held my father down while the ulcer was extracted from his leg.  I once asked him why he didn’t just tell everyone what really happened and he said the alligator story was more exciting to tell.

The other day, I asked my sister, what she would like for people to remember about Dad and she said,  “That he did what he did for his country”.  “He knew what it was like to lose your freedom, for he lost his for three years of his own life as a POW.  He knew what it was like to be malnourished and that you might die”  “He was subjected to what it was like for a country to have complete control over what you eat, wear, and say.”   However, when he came back from the war he didn’t have hatred in him but lived life and enjoyed every day of it.  He did not complain about what he couldn’t change but he changed what he could.  He believed in the democracy of our Government.  Once a person was elected into a position regardless if my Dad voted for him or not, he respected that person’s decisions.

When the war was over and my Father had been released from the prison camp he began his journey home to Lubbock.  A group of women awaiting the return of their loved ones from the war were at the bus station where my Dad and his friends were stopping before traveling on to Lubbock.  The women met the wrong bus at the bus station and welcomed home my Dad and his buddies.  From that day forward, every year the men would get together and have a reunion to celebrate their return from the war.   My father and mother would always make me go with them to the reunions and it became a big thing for me.  I saw men who were not related but acted as brothers, who did not talk about the war but sang songs and spoke of their families.  When I asked my Dad how long he had been friends with some of these men he would say since the war.  Later I learned that having a buddy helped them to survive in the prison camp.  Your buddy took care of you, fed you, and when you were sick helped you get well.  If your buddy died, you needed to find a new buddy pretty quick (at least that is the story I was told).

Several years after I graduated from high school, I learned a lot about the men who I had grown up knowing as my dad’s brothers.  I read a book written by one of my dad’s friends from the prison camp.  The name of the book is “Last Man Out.” 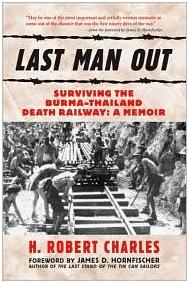 The book doesn’t talk about torture or devastation however; it talks about a Dutch Doctor who saved the lives of many men in that camp.  He taught them what to eat, how to maintain good hygiene, and to recoup after the day so they would be ready to work the next.  I learned about devotion, discipline, and love.  I was never taught that war was ugly or bad, but that it was sad, yet sometimes necessary to protect those you love.

My Father passed away on December 7, 2001, the sixty year anniversary of the bombing of Pearl Harbor.  He had a military funeral with the honor guards.  However, due to the happenings on September 11, 2001, he did not receive a 21 gun salute.   He would not have been upset that he did not receive a 21 gun salute at his burial.  What he probably was proud of is that those who were still alive from the prison camp were there to say farewell.  He would want them to remember those who had gone before him and those who perished in the prison camp that their memories would remain in the hearts of all Americans. 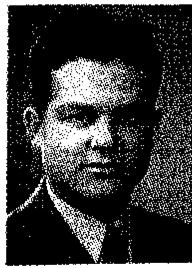 So this Memorial Day, I would like to thank My Dad for giving me the greatest gift anyone could ever receive: Freedom.  The Freedom to vote, voice my opinion, work, worship, live anywhere, have a family, and defend myself.  Thank you to the Servicemen and women all over the world for taking care of us all and defending our Freedom.

Southwest Connecting You to See Your Somewhere during National Forest Week