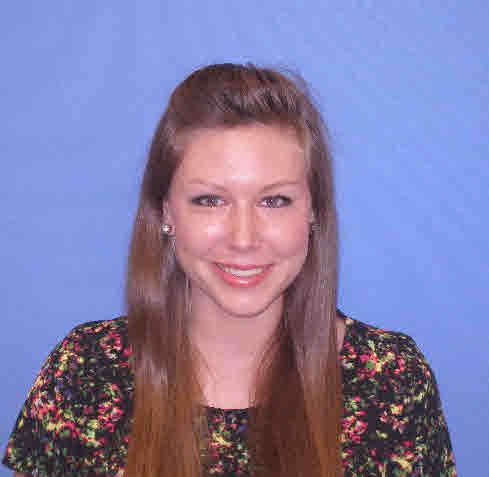 In Cargo, we know better than anyone that a box is much more than just a box. Our Customers entrust us with everything from flowers for weddings and gifts for the holidays, to live organs for critical transplants, to some of the most precious Cargo of all—the human remains (HR) of late family members. While it is our solemn privilege to transport anyone’s loved one to his or her final resting place, it is one of our highest honors to transport military human remains (MHR). This Memorial Day weekend, we share our perspectives to encourage the entire Southwest Family to recognize and remember the ultimate sacrifice made by our fallen heroes.

Andre Sims, Cargo Customer Service Manager, stands next to the decorated MHR cart in AtlantaIn my role, I’ve had the honor of organizing the transport of more than 30 MHR. In Atlanta we handle HRs as if it were our own family member. In fact, we’ve been praised by the U.S. Military’s Casualty Assistance Office on how we conduct the movement of fallen servicemen and women with the highest level of care and dignity. MHR transports require the utmost respect

The decorated MHR cart in Atlantaand Teamwork across multiple groups, including local airport authorities, local law enforcement, TSA, Cargo, Ground Ops, Crew Members, military escorts, and honor guards. Typically, a fallen hero is accompanied by a military escort at all times. One of the things that you don’t normally see is a Southwest Supervisor working in close coordination with all groups to allow the escort the ability to never leave the fallen alone. Additionally for inbound MHR, all honor guards and hearse drivers can join the arriving aircraft for the honor service on the ramp. Some airports, like us at Hartsfield–Jackson Atlanta International, have a specially decorated cart for transporting MHR that is kept in pristine condition and is used only for military moves.

On one occasion, I was supporting the inbound transport of a 19-year old killed in action. Due to irregular operations upline, the escorting officer and the fallen had been separated onto different flights. As I was supporting the off-load of the HR, I learned the funeral home was down the road from my neighborhood. I waited after my shift for the escorting officer’s inbound flight to arrive and offered to drive him to the funeral home since it was on my way. When we arrived, I realized the funeral was scheduled for that evening and would have been delayed if a family member would have gone to the airport to pick up the escorting officer. Assisting grieving families like this and providing even the smallest level of comfort during a difficult time is my highest honor.

Every time I support MHR transports, I do all I can to go the extra mile for the person who made the ultimate sacrifice for all of us to live freely. I know we may be one of the last groups of people involved in the fallen hero’s journey, so I carry out my responsibilities with honor and respect.

This cart is used only for MHR transports, like the one shown here.

Even though Reno is a small station with a small Cargo Team, I have the honor of assisting with several MHRs each year. Each transport is different due to its specific circumstances, military branch representations, family requests, and more. However, our Leadership Team and I make it a priority to accommodate as many requests as possible to ensure the most respectful experience for both the fallen and their family, whether that’s providing meals to escorting officers, allowing the hearse to approach the aircraft, or scheduling planeside TSA screenings. I typically get a briefing on the fallen hero to relay to the Flight Crew so they can make an onboard announcement to honor him or her. I also work with airport operations and local police to ensure any fallen soldier, sailor, airman, or marine gets the proper welcome or sendoff in Reno. Some of our Southwest protocols on the ramp to demonstrate respect during an MHR transport include tucking in all shirts and removing hats and creating a “quiet ramp” by turning all equipment off and shutting down all other aircraft. It is my goal to treat all MHR like I would want my own family treated—with the highest level of respect and dignity. On my day off I have come up to the airport to help conduct MHR services and have even spent the night in our Cargo facility to ensure a fallen serviceman or woman was never alone.

One of my most moving memories related to transporting MHR was during the early stages of the COVID-19 pandemic. The Department of Defense had restricted travel, so escorting officers were not allowed to accompany MHR on flights. We had an outbound flight with MHR scheduled for very early in the morning; there was no escorting officer, hardly anyone at the airport, and no family in Reno (as they were going to meet the aircraft at its destination). I put out a call to local veterans, police, and firefighters, and despite the early hour, they all showed up. They collectively paid their respects (in a safe, physically-distant way) to this lone sailor. In the dark, at an empty airport, in the midst of a pandemic, we gave that hero a proper sendoff with full honor so he would not start his journey home alone.

My work with MHR transports and my involvement in the veteran community consistently remind me of and keep me grateful for our military’s ultimate sacrifice. In my work, I get the honor of rendering a small, final favor to fallen heroes—a favor that can never be repaid. For those who do not have that privilege, I hope you will remember the significance of Memorial Day has nothing to do with barbecues. It is a time to reflect on those who have come and gone, paying the ultimate price for our freedom through their service and sacrifice.

MHR are always treated like family, but sometimes they actually are family. Rich Drake, Reno Ramp Agent, gets the solemn honor of greeting his grandfather, a WWII Purple Heart veteran, in Reno before he reaches his final resting place.

This brought a tear to my eyes. Thank you for sharing

Wonderful teams working to make it better for families of the Fallen.  Thank you for being there for them.   ❤️

As a veteran of 1 war and several expeditions I truly appreciate the comments and commitment of the Southwest Agents. God bless you.

Thank you Southwest Agents for blessing our Military Heroes with your time and help. God Bless you.