Employee
This Saturday, singer-songwriter Ray LaMontagne will light up a stage southwest of San Antonio, TX, before a small private audience for The Artists Den (learn more about them here).

Our CEO, Gary Kelly, has captivated big audiences before, though not because of his musical prowess.  But don't let him fool you - Gary's all about the music.

So are many of us at Southwest Airlines.  That's why we're giving one lucky winner two tickets to see Ray LaMontagne perform.

Winning is easy!  You just need to use your imagination by coming up with a caption for this picture:

To enter, answer the above question in the comments section below this post.  Before doing so, you must register for an account on Nuts About Southwest with a valid e-mail address (we'll need that to contact you).  All comments must be approved by a moderator, so don't get discouraged if your comment doesn't show up right away.

Some things to keep in mind when entering:
a) TRAVEL IS NOT INCLUDED.  Winner is responsible for transportation to the venue, near San Antonio, TX (winner will be notified about exact location).

1. To Enter:  No purchase or obligation necessary.  Contest runs November 11, 2010 from 2:30pm CST - November 12, 2010 8:00am CST.  To enter without purchase or obligation, comments must be submitted on Nuts About Southwest.  All entries become property of the sponsor and will not be returned.  Entries limited to one (1) per person.  Anonymous entries will be considered invalid.  You warrant your comment will not be sexually explicit, unnecessarily violent or derogatory.  It cannot promote drugs, alcohol, or firearms.  It cannot contain trademarks, logos or copyrighted materials owned by others.

2. Selection of Winner: On or about November 12, 2010 at 12:00 pm CST, members of the Southwest Airlines Emerging Media Team will review all eligible entries received and choose a winner.  The judges will be judging on the following qualities:
• Creativity and Originality: 20%
• Entertaining: 25%
• Southwest Appeal: 35% -  entry should reflect our Culture and Fun-LUVing Attitude.
• Rules: 20% Read and complied with the official rules.

Prizes are guaranteed to be awarded.  Odds of winning will depend on the total number of eligible entries received.

3. Prize: One (1) Grand Prize to consist of
•           Two (2) tickets to the Artists Den: Ray LaMontagne (APV – all Artist’s Den tickets are invitation only and free) Tickets are non-transferable, and winner and their guest will be required to arrive at event at the same time, each with a valid photo I.D.

4. Eligibility:  Contest open to all legal US residents, 21 years and older as of  November 12, 2010.  Employees of Southwest Airlines Co., the Artists Den, and their advertising and promotions agencies, and their immediate families (spouse and parents, children and siblings and their spouses) and individuals living in the same households of such employees are ineligible.  Void where prohibited or restricted by law.  Contest subject to all applicable federal, state, and local laws and regulations.  By participating, entrants agree to these official rules and accept decisions of the Sponsor as final.  Void in Puerto Rico and where prohibited by law.

5.  To Claim Prize: Winner only will be notified by Southwest Airlines via e-mail, and winner must arrange for travel to The Artists Den venue.  Unclaimed or undeliverable prize will be forfeited and awarded to an alternate winner.  Prize is not transferable or redeemable for cash.  Prize is guaranteed to be awarded.  Acceptance of prize constitutes permission (except where prohibited) to use winner's name, hometown and likeness for purposes of advertising, promotion and publicity in any media without additional compensation.  Winners must execute and return any required affidavit of eligibility and/or liability/publicity release within one (1) day of notification attempt or prize will be forfeited and an alternate winner may be chosen. If a potential winner cannot be contacted, fails to sign and return the required affidavit of eligibility and liability/publicity release within the required time period, or if a prize or prize notification is returned as undeliverable, potential winner forfeits prize.

6.  Limitation of Liability: Neither Sponsor, the Artist's Den, nor their affiliated entities, are responsible for printing or typographical errors in any related materials; stolen, fraudulent, entries or mail; or transactions that are processed or lost due to computer or electronic malfunction.  Winner is solely responsible for payment of all federal, state, and local taxes on prize and for any travel or other expenses not specifically mentioned in prize description.  Sponsor reserves the right to cancel or modify Contest if fraud or technical failure compromise the integrity of the Contest as determined by Sponsor in its sole discretion.  This Contest offer is being made exclusively by Sponsor.

Sponsor not responsible for technical, hardware, software or telephone failures of any kind, lost or unavailable network connections or fraud, incomplete, garbled or delayed computer transmission whether caused by Sponsor, user, or by any of the equipment or programming associated with or utilized in the promotion or by any technical or human error which may occur in the process of submissions which may limit a participant=s ability to participate in this promotion.

7.  Winner's List: To request a Winner's Name List, send a self addressed stamped return envelope, after November 12, 2010, to Southwest Airlines Emerging Media.  All requests must be received by December 12, 2010.  Utah and Washington residents may omit return postage.

Anonymous2141
Not applicable
can't carry a tune in a bucket... but we'll carry your bags for free.
6 Loves 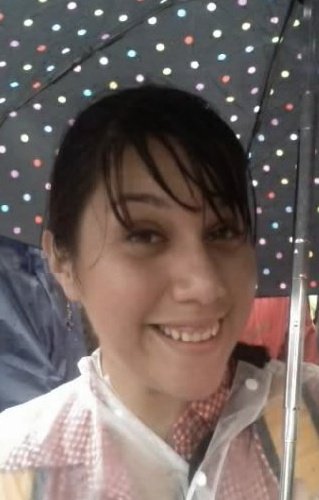 modernmel
Not applicable
Gary is singing a little song that goes a little something like this (as sung like "Leaving on a Jet Plane" by John Denver) All my bags are packed I'm ready to go They were all free to load on board I hate to wake you up to say goodbye But Ray Lamontagne is playin in Texas The taxi's waitin to take me to the show Already I am so excited I can't maintain control So kiss me because my bags were free Tell me that you're proud of me because flying with Southwest is the place to be Cause I'm leaving on a jet plane to see Ray Lamontagne Oh baby, I can't wait to goooooo!!!!! *guitar solo*
5 Loves

offdah3z
Not applicable
I wonder how many songs I have to sing before I qualify for a Rapid Rewards voucher.
5 Loves

offdah3z
Not applicable
My bags flew free.. now I have to sing enough songs for me to get a ticket to fly free too!
4 Loves

Employee
Remember to fully register with a valid e-mail, in order for your comment to qualify! Keep 'em coming!
5 Loves

Michael_Bludwor
Not applicable
Home, Home on the Plane Where the Pilots and Attendants Play Where seldom is heard A discouraging word And the skies are not cloudy all day.
5 Loves

bobcatang17
Not applicable
Isn't everyone oh so jealous of my guitar?
5 Loves

Patrick_Trevino
Not applicable
Your bags are freeeeeeeeee, free flyin' !
4 Loves

Employee
Hah, Mellen, is that a parody of "I'm stuck on Band-Aids?" Please tell me it is.
4 Loves

annette
Not applicable
that should be, I ain't stringin you along Southwest Love is in the air ......
165 Loves

annette
Not applicable
Do the great low, Southwest fares strike a chord with you?
164 Loves

Erika1
Not applicable
Down in the West Texas town of El Paso I fell in love with a nutty airline. Southwest offers low fares, free checked bags, and giggles I get to my destination on time.
165 Loves

Manuel
Not applicable
'I sing for honey roasted peanuts!'
164 Loves

Summer1
Not applicable
There's a place I know, That Southwest goes, Deep in the Heart of Texas...
164 Loves

Jerry8
Not applicable
Once again although I fly Southwest from Buffalo but live in Canada I'm not eligible for the contests. BOOO
164 Loves

Employee
Sorry, Jerry! Thanks for flying with us.
164 Loves