President's Day Q and A with Gary Kelly 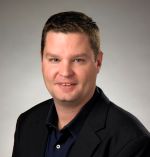 In recognition of President’s Day, I was able to sit down with our own President, CEO, and Chairman of the Board, Gary Kelly, to ask him to reflect on our nation’s top job, and he shares his thoughts below.

Q:  You recently visited the White House with other business leaders from around the country to talk about Customer Service.  What was that like?
A:  I always find Washington, D.C. inspiring.  First, one has to marvel at the architecture and the beauty of the city.  Of course, The White House is a magnificent site, steeped in history.  I have been to the east Wing of The White House, several times before, for meetings with various staff members.  This time, I actually had two meetings at two different locations on The White House grounds.  One was in a West Wing office of The White House.  The bigger meeting was in the Eisenhower Building, which is essentially on The White House grounds on the west side.  Our CEO group had a short briefing by The President, and then we met in small groups with deputy members of the Cabinet.  It was very worthwhile to meet some of the leaders of our Federal government, and a real honor for Southwest to be included.  For me, it was a real kick!


Q:  Which of our nation’s past Presidents do you admire the most, and why?
A:  That one is easy and predictable: Abraham Lincoln.  He was confronted with awesome challenges that he essentially had no experience from which he could draw upon.  For all to see, his many talents and his character were on full display.  He was brilliant, passionate, eloquent, moral, and principled.  Clearly, his magnificent leadership was responsible for saving our union and abolishing slavery.   And, one cannot imagine the burden he felt to wage war against fellow countrymen and suffer such enormous casualties.  He was the greatest of many great Presidents.  Last Friday was the 201st anniversary of his birth, and President's Day was adopted in February to commemorate his and Washington's (February 22) birthdates.


Q:  Do you have a favorite quote from your favorite President?
A:  I have a couple, again, from Lincoln.  He had such eloquence, but also brevity.  One of the greatest speeches of all times was the Gettysburg Address, which was less than 300 words, and took less than three minutes to deliver.  Further, it was delivered in an age when two hour speeches were the expected norm.  I used the occasion to read up on my Lincoln history over the weekend.  I’ll offer two favorites.

The first was a conversation, that was confirmed in a letter to newspaper publisher Albert Hodges.  Lincoln was consistent throughout his life in opposing slavery, but slavery was legal, and Lincoln's duty was to uphold the law.  He issued his executive order to free slaves (the Emancipation Proclamation, January 1, 1863) but slavery was still legal.  As part of Lincoln's argument to defend his order and to change the constitution to make slavery illegal, he said and then wrote, "If slavery is not wrong, nothing is wrong."  It seems so simple today, but in those times, it was not only a bitterly divisive issue, but fought over with 1.1 million casualties.  Lincoln had debated slavery for decades, famously, with Senator Stephen Douglas beginning in 1854.  Finally, at Lincoln's urging, Congress passed the Thirteenth Amendment in early 1865, while Lincoln was still alive, which made slavery illegal in December 1865, after the civil war was over.  I love this famous quote because it has such searing clarity, and with just eight words.

The second quote was part of his second inaugural address, delivered just days before he was tragically assassinated, but after Lee had surrendered his confederate Army of Northern Virginia to Grant at Appomattox.    It is inscribed in the Lincoln Memorial in Washington, D.C.  The the war basically was over, but Lincoln was pressing, already, to reconcile North and South.  Brilliantly, he knew blaming the South would only prolong the bitter divide.   “With malice toward none, with charity for all, with firmness in the right as God gives us to see the right, let us strive on to finish the work we are in, to bind up the nations’ wounds, to care for him who has borne the battle and for his widow and orphan, to do all which may achieve and cherish a just and lasting peace among ourselves and with all nations.”

It is a long sentence, but an extraordinary one.  There were many who wanted to punish the southern states, but Lincoln clearly did not.  With one sentence, Lincoln said we are all Americans, and we all have honor and dignity.  I dare say, our nation would have healed and progressed much more rapidly had Lincoln lived to guide our Country through reconstruction.  It was profound and magnanimous thinking.


Q:  If you were President of the United States for a day, what would you do?
A:  Wow, just a day!  I think I’d ride around in Air Force One and lobby Congress to cut taxes and reduce spending!


Q:  In a sentence or two, what does Leadership mean to you?
A:  Great Leaders must be competent but also have a cause and a vision; can listen, communicate, and inspire; have strong character and are decisive; and passionately care about the people they lead.  However, given those traits, overwhelmingly, the most important aspect of Leadership is courage.  To name a few:  Courage of convictions; courage to do what is right no matter the opposition; courage to admit mistakes and take corrective action.  Clearly, President Lincoln demonstrated supreme courage.