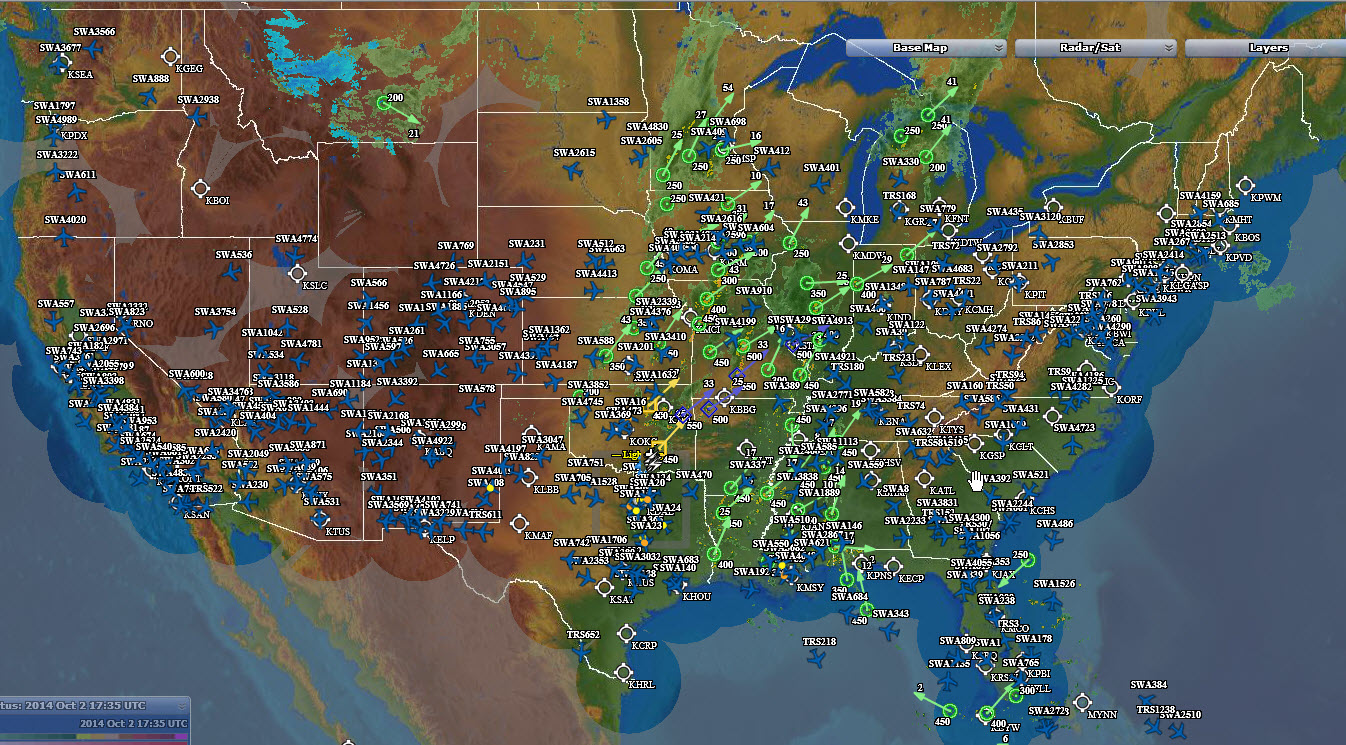 The airspace over the United States are composed of a complex system of highways in the sky, navigational aides, and boundaries, all of which are coordinated by the Federal Aviation Administration (FAA).  For more than 85 years, professionals both on the ground and in the air have worked together to ensure the Safe and efficient flow of aircraft throughout the National Airspace System (NAS) 24 hours a day.  As demand for air travel has grown, so have the intricacies of the system. The First Air Traffic Control Facility A need for ground-to-air guidance was first identified in the late 1920s.  During this time, Charles Lindbergh completed his historic journey across the Atlantic, and aircraft began to gain additional capacity for both cargo and passengers.  At the St. Louis airport a pilot and mechanic by the name of Archie League established the world’s first air traffic control facility–all from the comfort of his wheelbarrow.  Archie used it to carry an umbrella, chair, and some signal flags that he used to let pilots know when it was safe to go and when to yield the right of way. 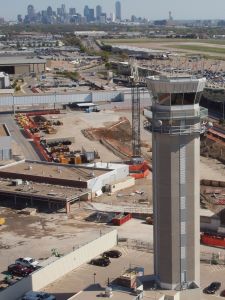 Love Field’s new 155-foot ATC Tower, with panoramic views of downtown Dallas, as well as construction of our new 20-gate terminal as part of the Love Field Modernization Program.
Today’s Air Traffic Control Facility Perhaps the most recognizable fixture of the Aircraft Control System is the presence of control towers seen at most airports.  Aircraft controllers work from atop these towers in what is known as “the tower cab” to visually identify aircraft taxiing on the ground, as well as those approaching the airport for landing and again on their initial departure.  In addition, controllers in the tower cab also provide regular updates to the airport’s local weather and operational conditions, all while relaying flight clearances to aircraft preparing for takeoff. How Does It All Work? Aircraft Takeoff: After an aircraft has taken off from an airport, the controller in the tower cab will hand off the pilots to another controller who works with flights departing from or arriving to airports in the area, usually beyond what the controllers can see visually from the tower cab.  This facility is known as TRACON, an acronym for Terminal RAdar CONtrol.  Some airports have a dedicated TRACON facility, while others are shared at a centralized location to support multiple airports in a region. Aircraft Cruising Stage: The next segment of the system works with aircraft primarily in the “cruising” stage of their flight.  A network of 22 Air Route Traffic Control Centers coordinate the airspace over the continental United States and provide for the separation and orderly flow of aircraft primarily at high altitudes.  These Centers (as they are commonly referred to) are named after the major city they are located near, but they work with flights sometimes hundreds of miles from that city.  As an example, the Fort Worth Center that “owns” the airspace high above Dallas has jurisdiction over portions of five surrounding states covering over 147,000 square miles.  Depending on the routing of a flight, its Pilots may talk to several Centers during the course of their flight, before being handed back off to a TRACON controller for the descent portion of their flight as they approach their destination. Aircraft Landing: When an aircraft reaches a point—approximately five miles from its destination airport—the Pilot will again speak with a controller back in the tower cab.  This controller provides clearance to land once the Pilot can visually see the runway or is safely established on an instrument approach.  Finally, a ground controller (also located in the tower cab) provides taxi instructions to the appropriate gate once the aircraft has completely cleared the runway. What is the Role of Airline Dispatchers? As the airline with the most domestic flights throughout the United Sates, it’s fair to say that Southwest is one of the biggest customers of our National Airspace System.  Dispatchers in 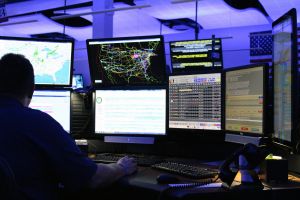 our Network Operations Control (NOC) Center file flight plans that make best use of the air traffic system and stay in close contact with Pilots to make adjustments when needed.  In addition, we also have licensed Dispatchers serving as Air Traffic Control Specialists, who participate in ongoing coordination with the FAA’s command center and provide guidance to other NOC Employees on how to best adjust our operation based on the highly dynamic factors that impact each day’s unique circumstances. Air Traffic Control has come a long way from the days of Archie’s portable control tower to what keeps us Safe today.  And future technologies promise to provide additional efficiencies as we move from the radar system currently in use to a satellite-based environment that will contribute to even safer skies.
7 Loves