It was 25 years ago today that the first Southwest Airlines jet took off from Nashville.   I wasn’t around on that first day back in March 1986, but I bet in addition to boarding some fabulous Customers, we also flew one or two guitars on that day—it is, after all, Music City. 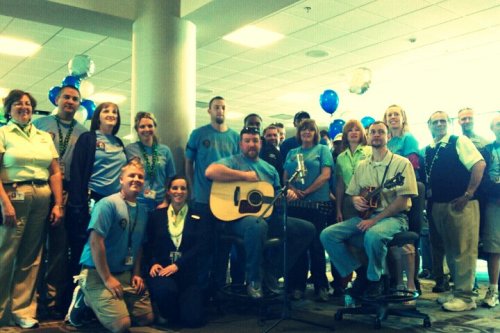 A lot has happened in the last 25 years—we’ve gone from eight daily departures to two nonstop cities to over 80 daily departures to 29 nonstop cities with additional direct or connecting service to 41 cities, 40 Employees to 276 Employees and achieving the number one carrier spot at Nashville International.  But one thing hasn’t changed—our LUV for everyone that has chosen to fly Southwest Airlines out of Nashville over the past 25 years.

Although we have (and love them all) a lot of Customers from Nashville’s diverse economy (healthcare, publishing , automotive, finance, tourism), music is what makes Nashville most famous—home to over 80 record labels, 130 music publishers, 180 recording studios, 5,000+ union musicians, and 124 music venues.  As penned by songwriters Rodney Clawson and Brett Jones about Nashville in Crazy Town “…It’s a crazy town, full of neon dreams.   Everybody plays, everybody sings.”   It’s true—you can’t go anywhere in this town without running into a songwriter, the beautiful storytellers behind the songs we love.  I remember one flight in which a singer-songwriter wrote a song on a Southwest Airlines drink pad book—not sure if it ever made it to radio, but it sure was cool to see this happen on the two-hour flight that departed Nashville.  I would love to know how many songs were written on a Southwest jet over the past 25 years?!

There are so many talented folks in the music industry who call Nashville home and we’ve enjoyed flying them all over the country in the past two and a half decades.  And, the other thing we enjoyed flying is their precious cargo, the instruments that are part of their soul.  There isn’t a day you won’t see a guitar thrown over a shoulder walking into Nashville International Airport.  Over the years, I’ve had so many musicians share their love for Southwest—the way we allow them to carry their guitars on the plane—of course, for free! 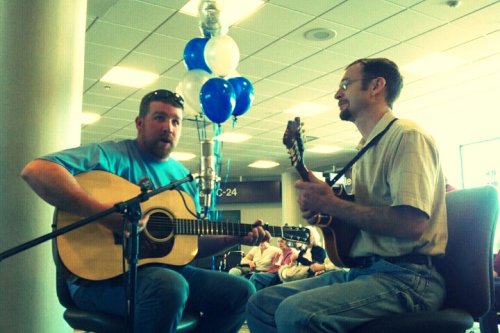 To celebrate the big Two-Five, we rocked out a party for our Customers in the Southwest gate area yesterday—complete with SOUTHWEST SPIRIT, FUN, and of course, music!  In fact, our very own Nashville Ramp Agent, Zach Kerber, and bandmate, Charles Lackey, strummed some bluegrass tunes for our Customers while our Culture Committee Team served muffins and of course, that delicious LIFT coffee.   Employees and Customers alike both enjoyed free chair massages during their break or while waiting on their flight.  I think there were plenty of relaxed folks flying out of Nashville yesterday.  Three of our four original Nashville Employees were also presented with “Original Employee” Awards as a thank you from the Company. 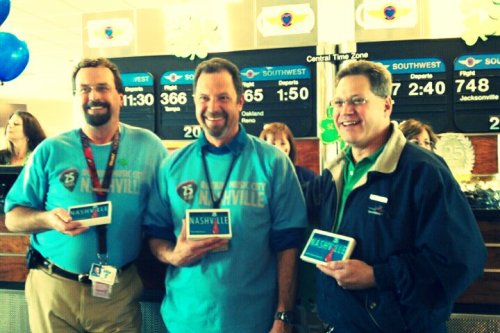 One of my favorite groups that calls Nashville home, Lady Antebellum, has been on an amazing ride over the past few years—in less than three years the trio has racked up a lot fans (including 3.8 million facebook fans), several awards ... you name it, they’ve won it:  Grammy, CMA, ACM, and CMT.   The other thing they have racked up in the last few years—Southwest Airlines Rapid Reward points!   In fact, they were even featured as our Spirit magazine Freedom Story in July, 2009.  And, they even tweeted from a Southwest flight:  “On Southwest Airlines you get the choice of open seating. We choose each other”  We love the fact that so many of Nashville’s Music Industry choose to fly Southwest—that’s just cool! 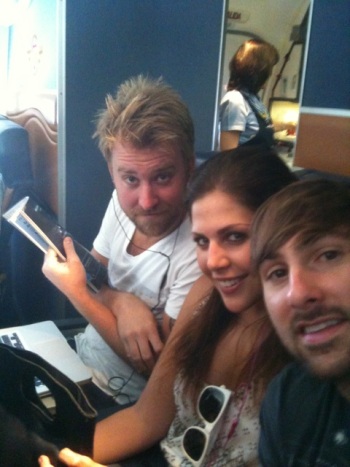 Nashville, thanks for allowing us to be your hometown carrier—and, if you missed our party at the airport yesterday, we thought we’d throw one more, since we think 25 years is a pretty big deal!   Join us next Friday, March 25, from noon to 1:00 pm on the plaza of Bridgestone Arena for one more party to celebrate our 25th Anniversary.  And, to all those fans who have always wanted to visit Nashville, be on the lookout for a fabulous contest that any music lover would be amped to win!

From the entire Southwest Team in Nashville, thank you for a great 25 years.  You are the beautiful lyrics to our song, Nashville. 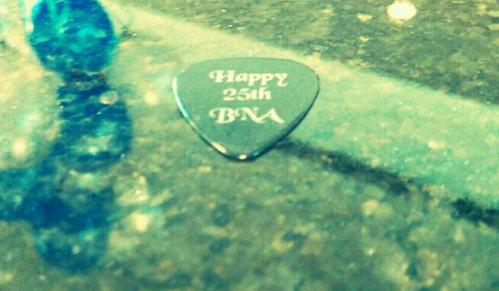 Ryan9
Not applicable
Nashville is a cool town. I love country music.
12 Loves