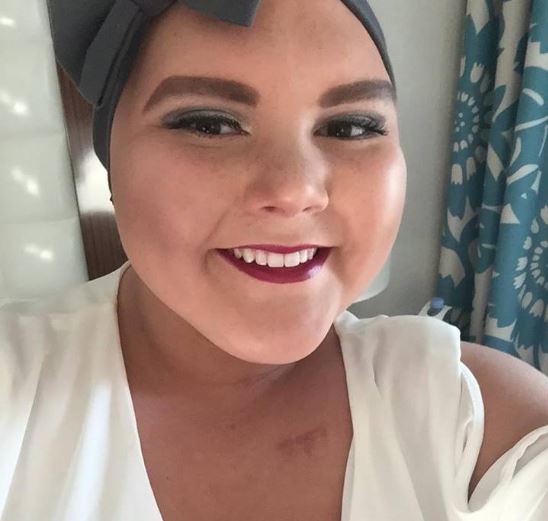 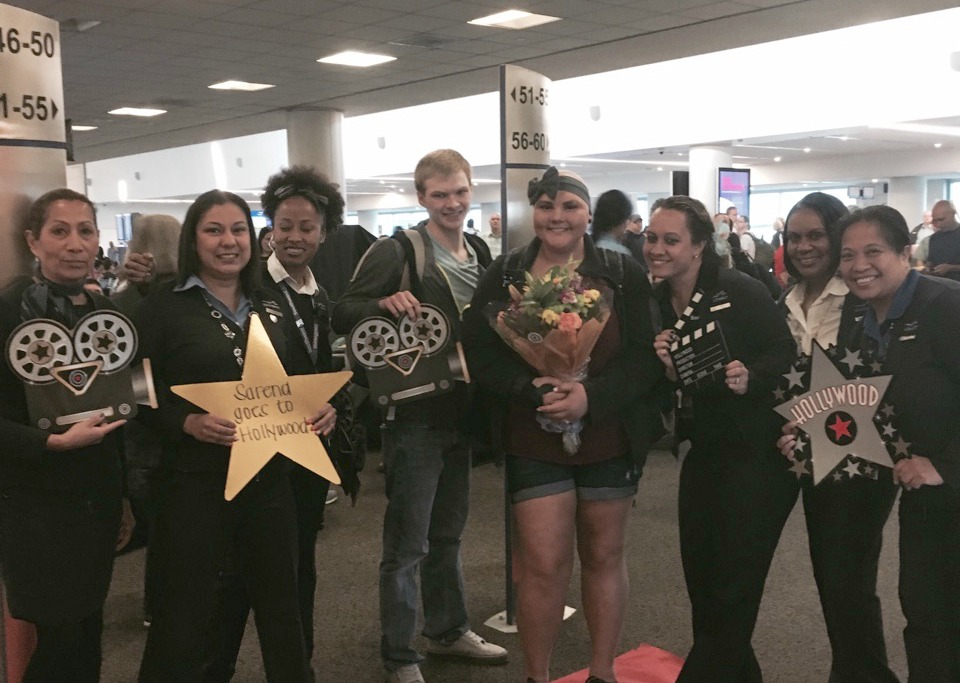 When I was diagnosed with the bone cancer osteosarcoma last January, I never imagined that I would become an inspiration to so many people. The Southwest Airlines Marketing Team informed me that they chose to send on the trip of a lifetime to Hollywood because they were inspired by my resilience and dedication to giving back. Their kind words bought me to tears. While the trip itself was amazing, that was only the beginning. My experience with Southwest was about how well they treated and special they made me feel. When I flew out of Dallas Love Field, I was given flowers and gifts, one of which was a personalized note from Mr. Gary Kelly, before boarding my flight. The Flight Attendants showered me with kindness and made me feel right at home. Little did I know this was all just the beginning. I never could have imagined what was waiting for me at the terminal. 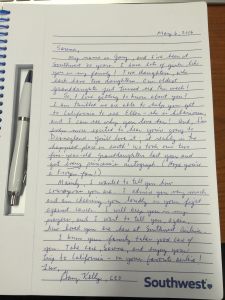 As I exited the plane and arrived at LAX, I truly felt like a celebrity. There was a red carpet laid out, Southwest Employees lined up with signs cheering me on, and a photographer. The entire terminal was standing and cheering me on as I walked down the red carpet. I could not believe that all of this was for me. The trip was beyond my wildest dreams and it had just begun. I attended a live taping of Ellen DeGeneres’ show, was given a behind-the-scenes tour of Warner Brothers Studio, and skipped around Disneyland riding every ride in sight. I recall watching the Disneyland fireworks just in awe of it all. 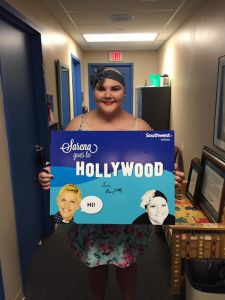 The Southwest Marketing Team will never understand how grateful I am for this amazing experience. I relapsed earlier this year, so the past year and a half has been dedicated to hospital stays, chemotherapy, and fighting a battle that I never thought I would have to fight. I remain positive and try to focus on all of the great things going on in my life; this trip being one of them. Getting a break from treatment to go to Hollywood made me forget about everything for a moment. I forgot that I was sick. I forgot that I was a cancer patient, and I forgot that my life had been put on hold for over a year. I was just a girl that was on the trip of a lifetime, all because of Southwest. Much love, Sarena
5 Loves

Wagon Through Airport/Security and Check on Plane