Saving the Day in L.A. 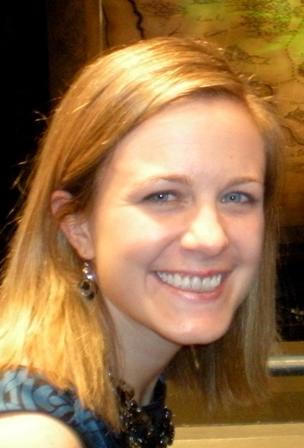 James Clapé, Administrative Supervisor of Customer Service at Los Angeles International Airport (LAX), is known for going the extra mile—both figuratively and literally. Throughout his 17-year career at Southwest Airlines, he has saved the day for many Customers, even when it meant dashing across the airport in record time to get a wedding dress to a bride-to-be preparing to board an international flight.

“A Customer’s bag was misplaced, and she was going to a little town in South America to get married,” James said. “She only spoke Spanish, so I helped her. She told me that her wedding gown was in the missing bag. I located the bag in Oakland (OAK). However, the next flight from OAK was scheduled to arrive 45 minutes before her international flight.”

With the Customer in tears, and the next flight to her destination not departing until two days later, James promised to reunite her with the bag before she left.

“I met the plane, got the bag, ran like I had never run before, and gave her the bag,” James said. “The other airline agent took the bag, checked it right away, and put it on the plane. The Customer could not believe that an airline employee would go to so much trouble to get her bag to her. She gave me a huge hug and asked me what she could do to pay me back for what I did. She had tears in her eyes. I told her I was very happy that I was able to help her and that I wanted her to enjoy her wedding day to the fullest. It made me feel so good to bring so much happiness to a person.”

“Being an Admin Supervisor can be a thankless job, as you're always behind the scenes,” said Melissa Chun, LAX Manager of Station Administration. “But James doesn't work for the ‘glory.’ He truly cares about the Company and his Fellow Employees, as is evident in his strong work ethic and perfect attendance record.”

Because of his superb efforts, James has been honored as an Agent of the Quarter and Supervisor of the Quarter. He has also been a spokesperson for the LAX Southwest operation on the news several times. Being on camera comes naturally to James. Prior to joining the SWA Family, James was a professional model and actor in Barcelona, Spain, which is his hometown. When he was 18, he even starred in a commercial with Shirley MacLaine.

Although he’s currently not performing, he still maintains a passion for the entertainment industry.

“I enjoy writing, and I’m currently writing a sitcom,” James said. “I also LUV sports, such as playing tennis, skiing, and running.”

James displays his Fun-LUVing SPIRIT on a daily basis. This attitude, combined with his dedication to our Customers and Company, has made him an integral part of the LAX Team.

“He helps at Culture Events, such as our Station BBQs and charity golf tournament, and is very cost-conscious,” Melissa said. “He works creatively to staff our operation to need, while minimizing overtime. We’re lucky to have James!”