Brooks
Retired Community Manager
All weekend, we're celebrating inaugural Southwest service in Dayton, and Akron-Canton.  This live blog chronicles events from both cities, going beyond the airport to show Customers a little Southwest hospitality, and a whole lotta LUV.
Extra! Extra! Read All About It!
Monday, 10:00 a.m.
Brooks Thomas (DAY)
We're making headlines here in Dayton!  If you're unfamiliar with Southwest service, SVP Operations Greg Wells summed it up beautifully!  And our buddy, DAY Director of Aviation Terry Slaybaugh, shared pearls of wisdom with the Dayton Business Journal!
CAK Boss
Monday, 9:00 a.m.
Millie Richter (CAK)
Southwest has had some pretty good cakes in its day, but this one takes the CAK (get it?). 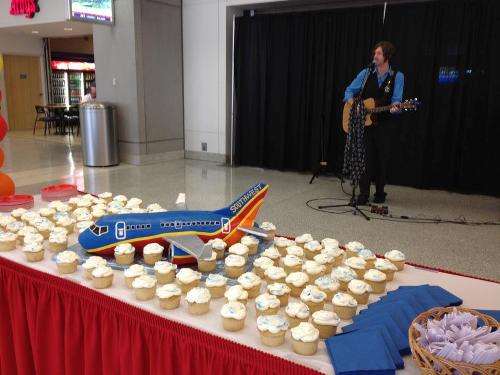 This Southwest-themed dessert was put out for passengers to enjoy yesterday (along with a bit of easy listening!).
And We're Off!
Monday, 8:00 a.m.
Brooks Thomas (DAY)
Disappearing in a mist thanks to a water cannon salute, Dayton service was christened and is now open for business in Central Ohio.  Check out some great photos from the event over at the Dayton International Airport Facebook Page.  Here's one of 'em: 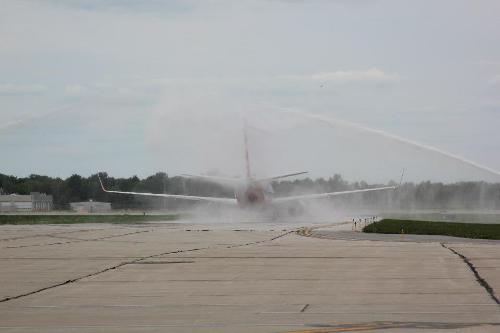 Putt Putt Champ
Sunday, 12:00 p.m.
Brooks Thomas (DAY)
Wow.  We got ourselves a putt putt champ.  As promised, here's the video:
NCR and the Nation's Business
Sunday, 8:00 a.m.
Brian Lusk (DAY)
Up until a few years ago, if you made a purchase at a store, the transaction was rung up on a cash register made by National Cash Register of Dayton.  Over time, the company, which became known as NCR, spread across the world.  In fact, Southwest’s tickets for the first decade or so of our operation were sold from NCR cash registers, or as we called them “Love Ticket Machines.”  NCR expanded into computers, and Southwest’s first reservations computer was the Bunko-Ramo, which used data storage made by NCR.  Today, if you withdraw money or make a deposit to your checking account, chances are the ATM is made by NCR.  An estimated $18 trillion are withdrawn each year using NCR ATM’s.  NCR moved to Duluth, Georgia, in 2009 after 125 years in Dayton.
Neon Putt Putt!
Saturday, 10:00 p.m.
Brooks Thomas (DAY)
My senses are completely overwhelmed.  Scene 75 has a pair of black-lit miniature golf courses.  We're goin' in and paying for everyone's mini-golf for an hour.  We also hope to challenge some unsuspecting mini-golfers to a putt-off.  A hole-in-one gets a pretty sweet prize.  Video to follow! 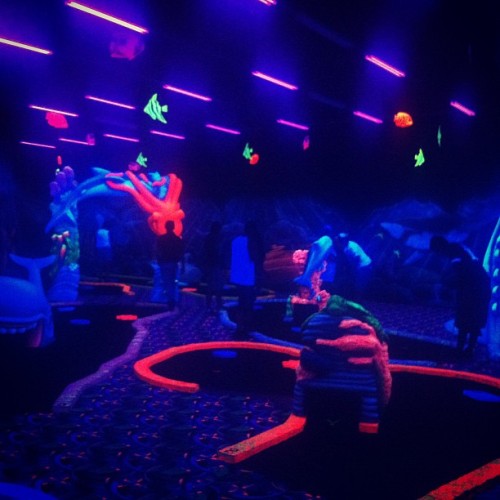 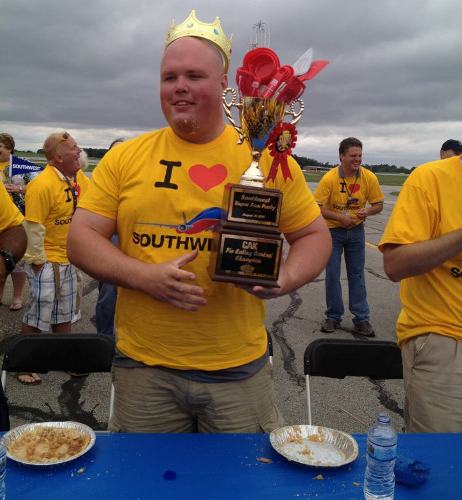 Sharing the Spirit
Saturday, 7:00 p.m.
Brooks Thomas (DAY)
It's been a nice and productive day here in DAY (pun intended, of course).  Shortly after arriving, we got right to work, giving back to the Community in a couple ways.  We split into a two groups; one group went to cook dinner for military families at Fisher House; the other went to Vandalia Parks & Recreation to do some sprucing up and brush clearing.  Here's Demicia from our Culture team, with one of our DAY Employees' wives: 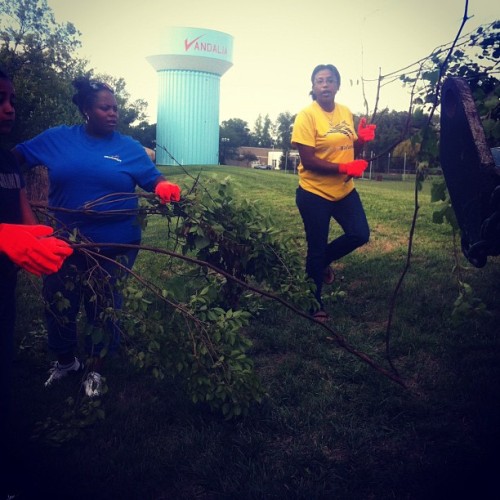 When Southwest comes to town, it's about more than flying planes.  We see where we can invest in the growth of the Community, and use our time off the clock to make a difference.
Vandalia has a bunch of sports fields, and I now believe that you CAN tear the cover off the ball: 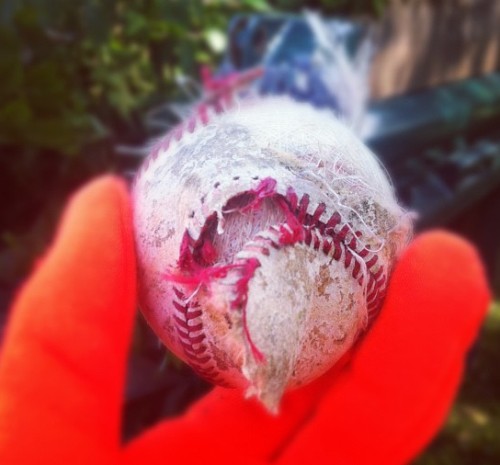 Tonight, we're off to Scene 75, for our Community event. It's got Go Karts, laser tag, video games, and our favorite: mini golf.  We're told it's pretty hoppin' over there! 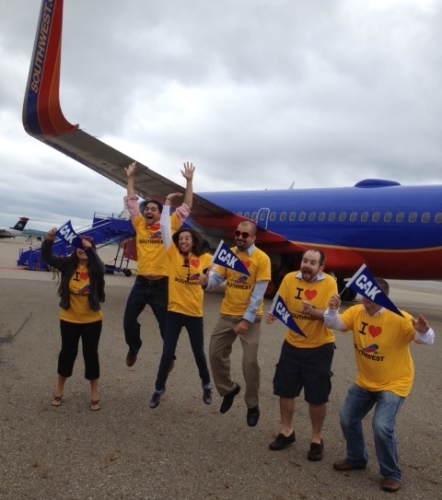 Well folks, it's official--Southwest metal is on the ground at Akron-Canton Airport in Northeast Ohio!  We ferried a flight in from Dallas to position the aircraft for the first scheduled flight to Chicago Midway, departing tomorrow morning.  A team of Southwest Employees landed this afternoon, and the aircraft pulled up to a reception party on the tarmac, greeted by more than 100 of CAK's closest friends, local Employees, CAK's Leadership Team, cheerleaders from a local high school, music, food, and no lie, a red carpet!  You can see by the picture that they were literally jumping for joy upon Southwest's arrival, and we are equally excited to begin service to our brand new Southwest city.  AirTran has successfully served CAK for more than 15 years, and Southwest promises to uphold their outstanding level of service for decades to come.  We are feeling the LUV in Akron-Canton!

Southwest has officially arrived in CAK! (shown in above picture).

From an aeronautical viewpoint, it could be argued that Dayton is the most important city in the world.  Orville and Wilbur Wright, two Dayton residents, had more on their mind than bicycles at their Dayton bike shop.  There they gained familiarity with machines, manufacturing, and most importantly balance.  Where others failed, they succeeded by developing a method to control flight.  Working first with gliders built at their shop, they developed a powered version that took to the air in December 1903 at Kitty Hawk, North Carolina.  Their fourth bicycle shop at 16 South Williams Street in Dayton still stands as a National Historic Landmark.