Serving a Legend who served our Country

This month, we had the great honor of carrying an incredible man onboard our aircraft.  WWII Tuskegee Airman Pilot Colonel Charles McGee, 97, flew with Southwest Airlines from Baltimore to Las Vegas before continuing on to Honolulu to speak at the Pacific Aviation Museum Pearl Harbor.

Col. McGee fought in WWII, Korea, and Vietnam and holds the record for the highest three-war total of fighter combat missions of any pilot in the United States Air Force history. Col. McGee began his military service as one of the Tuskegee Airmen in the 332nd Fighter Group.

It was a pleasure for us to assist Col. McGee. I met Col. McGee when he was dropping his bag in the baggage drop off area. He walked up to the CSAs with his bag already tagged, license out, boarding pass in hand and ready to proceed to his gate. I said, “Mr. McGee we have been waiting for you,” and he started smiling. That is when an announcement was made at the ticket counter recognizing Col. McGee for his service to our country. He was saluted by the all the Customers and Employees and received a lot of handshakes.  Col. McGee was very sharp and spry, but what most stood out to me was how sweet and humble he was. 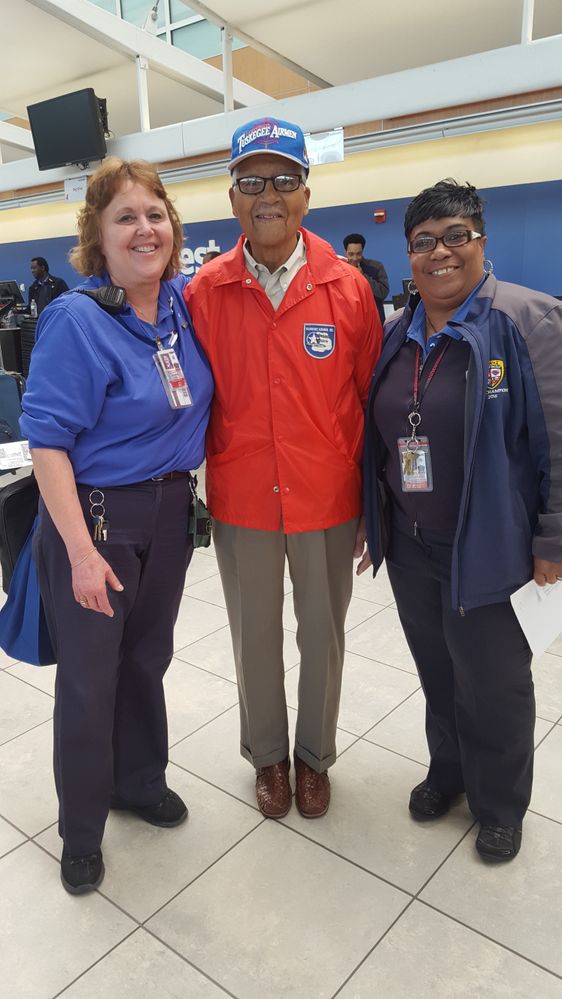 The Tuskegee Airmen were pioneers who fought racial prejudices to fly and fight for their country during WWII. Col. McGee’s career in the U.S. Army Air Corps and U.S. Air Force spanned 30 years and 3 wars, where he flew 409 aerial combat missions. During his military career, Col. McGee was awarded the Legion of Merit with Cluster, three Distinguished Flying Crosses, the Bronze Star and the Air Medal (twenty-five times).

It’s no surprise that 400 guests were at the Pacific Aviation Museum Pearl Harbor to pay tribute to Col. McGee and all of the Tuskegee Airmen.  Thank you, Col. McGee, for your heroic military service and for all you’ve done and continue to do to promote equality.