Southwest Airlines: 7th Most Admired Company in the World 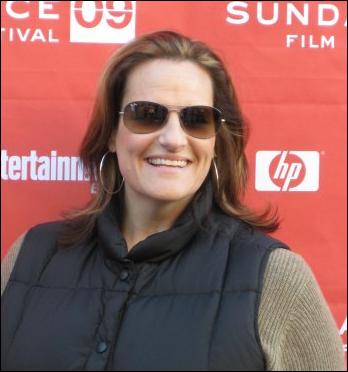 Each year, about this time, I am on pins and needles.  Why?  Because this is when FORTUNE’s World’s Most Admired Companies list is released.  Southwest has been on the Most Admired list every year since 1994 and all but twice we’ve ranked in the Top 10. So, I am always filled with anticipation to see the results.  I am pleased to announce that the 2013 list was released this morning and Southwest Airlines is the 7th Most Admired Company in the World – we are the highest ranking airline and the only commercial airline to make the Top 10.  The only other commercial airline on the Top 50 World’s Most Admired Companies list is Singapore at #31.  It is a testament to Living and Working the Southwest Way that Southwest Airlines continues to be among the World’s brightest and best companies.  More importantly, I think it reflects the hard work and dedication of our Employees to triumph, making sure we connect People to what’s important in their lives , even in a most difficult industry.

Each year, the Hay Group, the consulting service that works to compile the World’s Most Admired Companies list for FORTUNE, contacts executives, directors, and security analysts to select the companies they admire most. As part of the Team that manages Southwest’s award and survey participation, I have the opportunity to oversee our FORTUNE submission and work with our Board of Directors and Executive Planning Committee to complete the survey.  It is our reputation for doing the right thing and the respect we garner that leads executives at other companies, including our competitors, to consistently vote Southwest among the Most Admired Companies.

Though we ranked as the seventh most admired company in the world overall, we ranked as the fifth most admired in the airline industry.  You may be wondering how Southwest could be ranked seventh most admired company overall in the world, yet only fifth  in our own industry.   The answer is the methodology of the survey.  For the industry-specific lists, executives, directors, and analysts rated companies in their own industry on nine criteria, among them investment value, global competitiveness,  Corporate Social Responsibility (CSR), people management, and innovation.  For the 50 Most Admired Companies overall, executives, directors, and securities analysts selected the companies they admired most from a list of the companies that ranked in the top 25 percent in last year’s survey, along with those that finished in the top 20 percent in their industry.  They were able to vote for any company in any industry, which explains the seeming inconsistency in the rankings.  To see the entire list of the 2013 Top 50 World’s Most Admired Companies, click here.

Congratulations to the People of Southwest who have made our Company one of the most admired in the world for nearly 20 years.

Celebrating a Legacy of “Leading with Heart” with Southwest Airlines’ New Leadership Book!