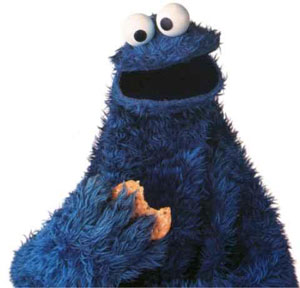 admin
Not applicable
Southwest Airlines today announced that it is refining its schedule beginning May 10, 2008. Through the elimination of 57 existing roundtrip flights from its May flight schedule, Southwest today will add 40 roundtrip flights in key growth markets such as Denver. Many of the changes will be seasonal to accommodate peak summer demand. For a complete listing of the flight changes go to: http://www.southwest.com/about_swa/press/080109_chart.pdf.

"Southwest is intent on strategically changing its flight schedule in 2008 to reflect demand and grow revenue -- even adding seasonal flights when we can," Kelly said. "We've improved our boarding procedures and updated our gate areas to make our Customers more productive, and we look forward to 2008 as being one of the most productive yet for Southwest Airlines."

Southwest is the only U.S. airline to remain consistently profitable this decade, and enjoys an unprecedented string of 34 consecutive years of profitability. Southwest has a low cost structure, strong balance sheet, and the most comprehensive fuel hedge of any major U.S. airline.

Fare Rules:
All fares are available for purchase today for travel beginning May 10, 2008, through Aug. 3, 2008. The new nonstop flights between Denver and San Jose, St. Louis, Raleigh-Durham, San Antonio, and Philadelphia require a 14-day advance purchase. The new nonstop flights between Austin and Ft. Lauderdale, between Ft. Lauderdale and Manchester, and between Denver and Los Angeles require a 21-day advance purchase. The new nonstop flights between Jacksonville and Las Vegas, between Austin and Oakland, and between Nashville and Norfolk require a 14-day advance purchase and are available for purchase today through May 10, 2008. Sale fares apply only to new service and are only available at http://www.southwest.com. Fares are available one-way and are combinable with all other fares (except Senior Fares). When combining fares, all ticketing restrictions apply. Seats are limited. Fares may vary by destination and day of travel and will not be available on some flights that operate during very busy travel times and holiday periods. Fares do not include a federal segment tax of $3.50 per takeoff and landing. Fares do not include airport-assessed passenger facility charges (PFC) of up to $4.50 one-way and U.S. government-imposed September 11th Security Fees of up to $2.50 one-way. Fares are subject to change until ticketed. Tickets are nonrefundable but may be applied toward the purchase of future travel on Southwest Airlines if unused. Fares are valid only on Southwest-published, scheduled service and are not available through the Group Desk. Any change in itinerary may result in an increase in fare. Standby travel requires an upgrade to the full unrestricted fare. Fares are not necessarily common rated in the Washington, D.C. area (Baltimore/Washington and Dulles), the Bay Area (Oakland, San Francisco, and San Jose), or the Los Angeles Basin. Orange County and Washington D.C. (Dulles) are not included.