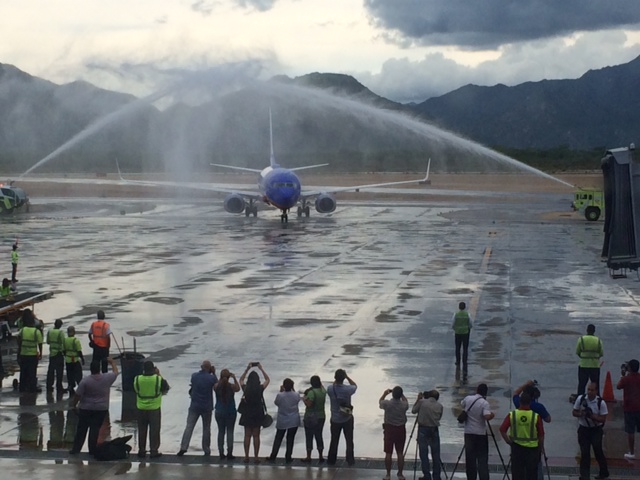 Southwest Airlines continued to extend its international service yesterday by operating inaugural flights between Orange County/Santa Ana and San Jose del Cabo/Los Cabos, Mexico, and between Cancun and both Atlanta and Baltimore/Washington. These flights are an important achievement in an already milestone year, and there was plenty of excitement on the ground in both Orange County and Los Cabos! In addition to a news conference in Orange Country prior to the first flight’s departure, Southwest Airlines and the State Tourism Trust of Los Cabos celebrated the flight’s arrival in typical fashion with goodie bags for the first flight Customers and gifts for the Station Employees, as well as a news conference with representatives from the State Tourism Trust. The celebration will continue in Cancun on Tuesday in a similar manner, with the Ministry of Tourism of Quintana Roo greeting the ceremonial first flight from Atlanta and providing gifts for the Customers onboard. Stay tuned for the next wave of international service, as Southwest airlines spreads its wings to serve Mexico City, and Punta Cana, Dominican Republic*, on November 2! *subject to Government approvals
4 Loves