VP Senior Marketing Dave Ridley is quoted on our recent partnership with Mexico’s Volaris Airlines which now allows our Customers to book international connections.  Dave also confirms our mission of staying the number one low-cost carrier by describing our new Wi-Fi product which is offered at one low price, making it easy for our Customers to know what to expect.
For the full article, please visit http://www.btusonline.com/2010awards.php
386 Loves
9 Comments

Anonymous1190
Not applicable
esterday we had a flight leaving from MAF airport at 6pm. We arrived 40 mins prior without any bags to check. It's a small town airport and pretty easy to get through security. Our boarding passes printed out but stated Southwest couldnt give us a ticket to the flight yet. We went through security and asked the gate agent for the tickets like the instructions said. The agent told us the flight was overbooked and because we were the last two to check in, we may not be able to make the flight. The flight then boarded and we waited. We were told there was only one seat left on the flight. We told them we were not interested in flying separate, We said we'd agree to fly on the next flight, some 3 hours later. For this we didn't receive any voucher and that was fine, we were more concerned with seating. Our seating priority for the next flight was very bad, and we asked the gate agent if it could be higher priority, we were placed in spot B33. He then told us if we wanted better priority we should've checked in 24 hours prior to the flight and not been the last two to check in. I told him that since we missed the flight we booked due to overbooking it was fair for me to ask for a little bit of a better seating priority. He then told me it was my OWN fault we missed the flight. I reminded him we were not late, we were there prior to boarding, and that it was not our fault the flight was oversold he said "well technically you were late, we ask for you to arrive over an hour prior." I again reminded him that we were not late, we arrived before boarding, checked no bags, and regulation doesnt state that I agree to lose my seat if I am the "last two" to check in, that I made it in plenty of time to catch my flight. He then repeated about the 24 hours ahead of time thing and I just asked for a customer service number to call. To that he began laughing at me. I told him it wasnt funny and he laughed more and said "yes it is because you aren't listening to me". I told him I was but there was nothing I could do about 24 hours ago and being the "last two" to check in doesnt make it ok that there were no seats on the plane ride I paid for. Still laughing at me, I took the number he gave me and walked away, as I walked away he kept yelling "YOU SHOULDVE CHECKED IN 24 HOURS AGO" I have never been treated so horribly and laughed at by some power-obsessed man with "clerk of the world" syndrome. I can't believe that southwest would overbook a flight, and when they had good customers agreeing openly to take the next flight, to not even accomodate them and even BLAME them for being the last ones there, like some 1st grade race of "last one there is a rotten egg". My 2 cents Dora
15 Loves

blusk
Not applicable
Dora, I am so sorry that we gave you cause to doubt our commitment to providing you the best in Customer Service. It sounds like that, when you checked in for your original flight, boarding pass issuance was restricted to the gates--this sometimes happens on full flights. While it is true that checking in earlier provides a better boarding position (a city like Midland will carry a lot of through Customers--maening that there may be 50 or more Passengers already on the airplane for your destination, it sounds like we might have "thrown it in your face" more than educate you. I have forwarded your comment to our Customer Relations Department, and ask you not to give up on us. Brian
16 Loves

FrankB
Not applicable
Will you have a tribute to Alfred E. Kahn, who helped deregulate air travel, which allowed Southwest to cross the country?
14 Loves

Dawn_Kurtz
Not applicable
I think your rates suck and Austin airport customer service, When I did fly with you years ago, you were great, WOW! what the heck happened.
15 Loves

Georgia
Not applicable
My family and I were travelling out of Lambert Airport in St. Louis for the holidays. I have four children, and when one of the Sky Caps saw that, he loaded all of our bags on a cart and took my and my husbands I.D.'s, counted the number of checked bags, and checked us curbside while we waited inside the terminal with our bags. It was about 20 degrees out, so we really appreciated the help he gave us. Kudos, Southwest!!! We also enjoy the lightheartedness and all the jokes on the flights. I am a very nervous flyer, so all that you do makes it much easier and relaxing for me. No wonder you were named best low-cost airline-- personally, I think you should have been named best overall airline. Thank you!
19 Loves

Anonymous4198
Not applicable
As I wrote to customer service and expect a "Sorry". As a medical professional I was asked to take care of a medical emergency. The attendents did not handle the situation I did. I put my license on the line. I truly, believe if Southwest or any airline that is going to ask for our help in such emergencies, then our flights should be discounted. I prevented the flight from being diverted, landing and causing a plane full of passenger from being delayed. Much more I took on the resposibility of a passenger's well being. If the airlines feel comfortable calling for help during flight, they should compensate those that come to aid or just being there in case of need. I was compensated a $100 voucher for my help. Gee thanks Southwest. My license is worth far more than that and a passengers life you can not put a price on it., but I was there to take care.
17 Loves

joepierce1988
Not applicable
I think your rates suck and Austin airport customer service, When I did fly with you years ago, you were great, WOW! what the heck happened. Savings Account Rate
16 Loves

Anonymous3738
Not applicable
To the medical "professional", most people, when they are asked for assistance because someone is in need, especially of a medical nature, out of the goodness of your heart, are more than happy to jump in and help. Because as a human being it is the right thing to do! If Southwest gave you a $100 dollar voucher, it wasn't because they OWED you anything. It was a gesture to say thank you. I certainly hope I never have you as a doctor, because apparently you care more about the $$$$$ than you do about the people! As far as Southwest is concerned...you all are the absolute best airline in the industry, and i refuse to fly with anyone but you! All the awards you got...great job! You deserve them all, and I look forward to future travels with you!
16 Loves 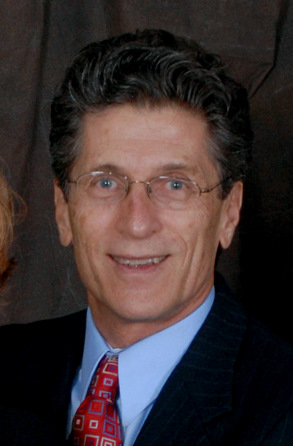 tracer
Not applicable
Love Southwest and no wonder it keeps getting awards but WHEN will you add Chattanooga to your list of cities served. With all the growth and expansion in the area it needs to happen. We have to travel two hours to get to Nashville and now they're flying to Atlanta which is two hours and yet the "Scenic City" which is one of the top tourist spots in the East is still left out! Help us please...SWA announced in 2001 that they were considering Chattanooga and nothing ever happened. If Volkswagen and Amazon are coming here it must be good!
18 Loves