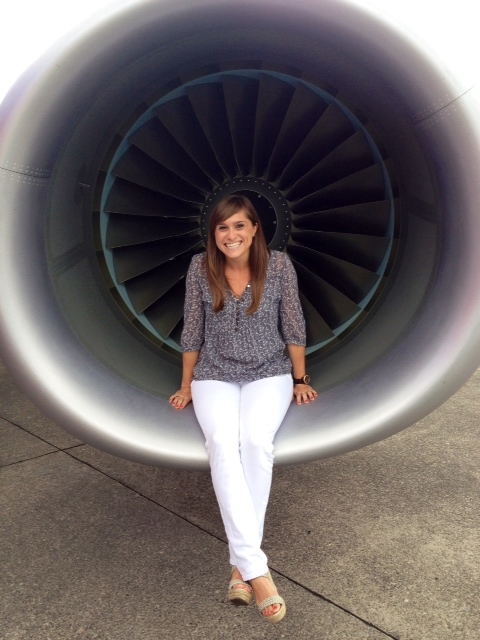 This is a guest post by Terrance Moultrie and Holly Barksdale, parents of seven-year-old cancer survivors Trevor and Andrew, for whom Southwest Airlines and The Texas Rangers Foundation recently teamed up. 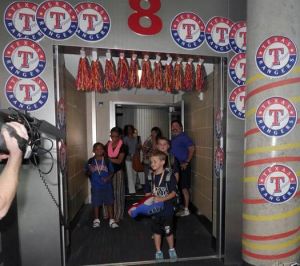 Our families have experienced firsthand the pain in the world, but we’ve also experienced all the good in the world. Both of our sons, Trevor and Andrew, were diagnosed with leukemia at 15 months old.  Our families became close when we met in the hospital waiting rooms while the boys received treatment.  Now that the boys are both in remission, baseball has been the driving force of their friendship. A few months ago, an article about our families was featured in the local news. As fate would have it, Susannah Moorland, wife of Texas Rangers first baseman Mitch Mooreland, happened to read about our boys’ journeys.  Trevor’s little league team is named the Rangers, and Andrew’s team is the Rays, so Susannah and Mitch graciously invited our families to Dallas to see the Rangers vs. Rays game on Aug. 14.  Southwest Airlines donated the travel for our families to fly from Birmingham to Dallas. 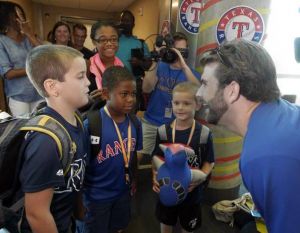 Words cannot adequately describe our unbelievable and overwhelming experience in Dallas, but the look on our children’s' faces said it all!  The Morelands, along with Southwest, the Texas Rangers, and Ride Centric, had a great impact on our sons.  To see the boys' excitement build as we were arriving in Dallas, and being greeted Texas-style at the airport was amazing. 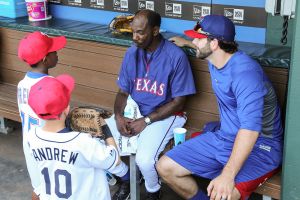 As we arrived at the Globe Life Park in Arlington, we were still trying to process it all.  The boys met players and took pictures, watched the game from a suite, and rode around the field with Captain, the Texas Rangers mascot, between innings!  There were many people involved in making this trip so special, and we’re so grateful.  These two little boys fought a terrible disease and won, and the memories from this trip will be with us forever.  Trevor and Andrew are special, and we know they will grow up to be the same kind of people who want to make a difference in the world.  Thank you to the Rangers, Mitch and Susannah, and Southwest Airlines for a winning weekend we will never forget! Photos courtesy of The Dallas Morning News.
8 Loves