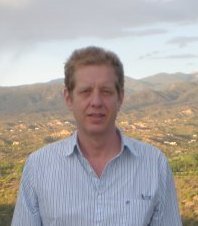 Mike McGrath, the editor of the National Civic Review recently attended the All-America City Awards, which was sponsored by Southwest Airlines.

Recently, I gathered with 800 civic activists and community problem solvers in Kansas City, Missouri at the All-America City Awards presented by the National Civic League (NCL). This nonprofit group promotes civic engagement and democratic local governance in communities of all sizes. Southwest Airlines sponsored the event which recognizes ten communities for their outstanding civic achievements. These awards celebrate the NCL’s and Southwest Airlines’ commitment to community.

Communities applied for recognition by submitting three examples of innovative and inclusive community improvement efforts. Entries ranged from establishing a free clinic for uninsured residents to creating low income housing for seniors. One of the three examples submitted by each city must have also been youth oriented. The finalist communities then sent delegates, via Southwest of course, to the three-day event.

I’ve been working at the National Civic League for a while so I’ve been a more than a few All-America City Awards, but every year I’m surprised and touched by the enthusiasm and excitement of the finalist communities. You get people of all ages, from all walks of life coming to this event. Our Civic Action Fair is really just a bunch of community-crazy people in booths giving away souvenirs, buttons, and local products. Then the local talent is exhibited. This year, we had a precision drum-line and drill team from Des Moines, Iowa, a Revolutionary War re-enactor/story-teller from Abingdon, Virginia, a couple from Dublin, California, playing Irish reels, as well as a teenaged classical trumpeter and assorted singers and dancers. You’ll never see  a better slice of Americana.  Then the delegates get down to the serious business of convincing a jury of civic experts why they deserved the award.

The jury has had a difficult time choosing just ten. The finalist presentations were particularly good this year, they say. Congratulation to all the finalist communities who participated in this year’s program. We are posting videos of the various presentations on our blog, www.allamericacityaward.com. We are already looking forward to next year. 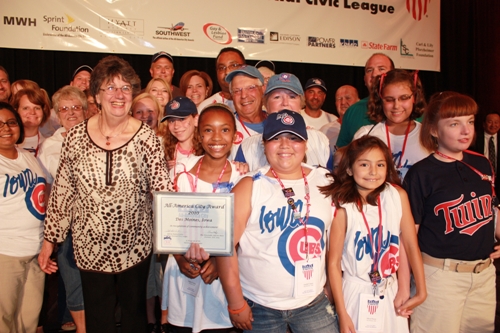 Thanks again to Southwest for helping make this possible.

Southwest is proud to support our local communities and an organization such as the National Civic League.

Mike_Cort_s
Not applicable
Mike McGrath is right. As a recent volunteer at the All-America Awards, I've been blown away by the positive, can-do, problem-solving enthusiasm shown by every one of the finalist communities. I don't envy the judges who have to choose only ten communities for the award. Attending this event is the perfect antidote to all the negative attitudes I see in the daily news about challenges facing our nation. I confess, my eyes are always at least a little damp when the finalists at this event show us, over and over again, that grassroots co-operation and collaboration among citizens, public officials, and other volunteers demonstrates the spirit of democracy at its best. Congratulations to Southwest Airlines for helping make this award possible! Knowing that Southwest sponsors the All-America Cities competition is even more important to me than earning Rapid Rewards.
11 Loves

Andy_GeeWhizKid
Not applicable
I particularly wish to thank Southwest Air for its sponsorship of the All America City award. Not only do I fly Southwest, but at this year's Civic Action Fair, prizes included two tickets to anywhere Southwest flies. And the winner selected: ME! "GeeWhiz!"
11 Loves