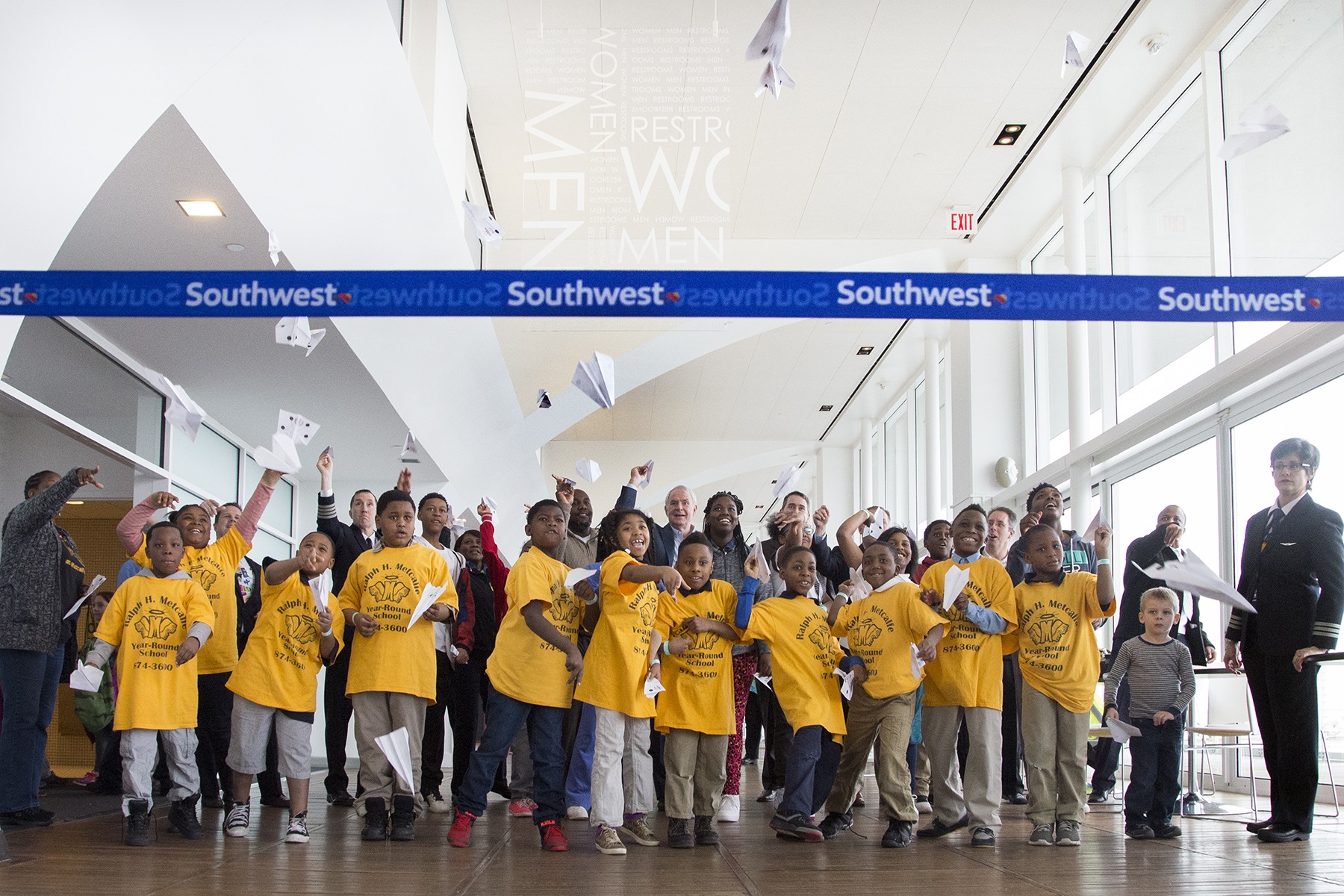 Southwest is known for breaking the mold and this week was no different. We recently reworked our space inside Milwaukee’s Discovery World and we wanted to throw a truly unique celebration. Instead of a traditional ribbon cutting, Southwest partnered with Discovery World, and the city’s mayor to host the museum’s first-ever paper airplane fly-by. 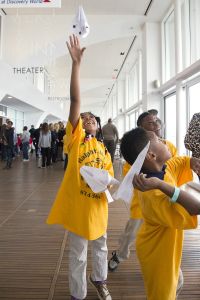 Milwaukee Station Employees and Chicago-based Adopt-A-Pilots made the short drive north to help dozens of kids with their paper airplanes including teaching them about the physics of flight. Then, after a short news conference, the kids, Pilots, and executives took to the “sky” and launched their planes to officially “cut the ribbon” on the new exhibit space. The space underwent a remodel this year to become consistent with our bold new look, as well as adding new interactive experiences. The main attraction might just be our flight simulator which gives kids of all ages the ability to take an airplane for a quick flight. 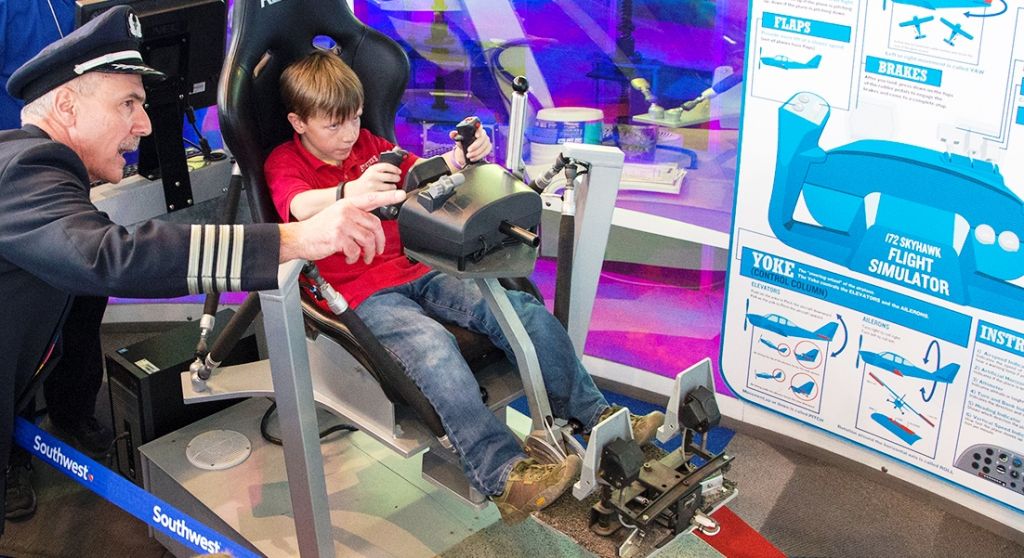