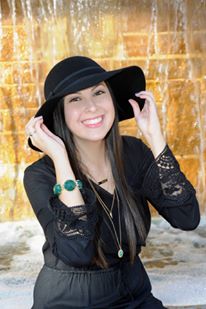 At Southwest Airlines, we strongly believe in connecting People to what’s most important in their lives, especially when it comes to our furry friends.

The phrase “It takes a village,” is no joke when it comes to a certain pup—meet Harris. This

cute lab was found on the side of the road on a hot, summer day in El Paso, Texas. Harris was taken to the Animal Rescue League of El Paso (ARL) since they are a no-kill shelter. The lady who found Harris wanted to make sure he had the opportunity to find a new family.

ARL posted photos of Harris on their Facebook page in hope of finding him a new, adoptive family. Luck was on their side as a loving family in Raleigh, North Carolina reached out to adopt Harris. The only issue was that the family was unable to get to Texas; so, how was Harris going to travel nearly 2,000 miles to North Carolina?

That’s when Loretta Hyde, ARL’s Executive Director, reached out to Southwest. She contacted Sharon, El Paso Customer Service Supervisor, who is also a fellow ARL volunteer. Loretta is a huge Southwest fan and loves that some of our Employees volunteer at the shelter.

Sharon knew Harris could not fly unattended or in Cargo. With that in mind, she reached out to Fellow Employees across the Company whom she knew did volunteer work transporting dogs to their new, adoptive families to see if they could assist. Marcel, a Las Vegas-based Flight Attendant, jumped at the opportunity to use her flight benefits to fly to El Paso, pick up Harris, and fly him to his new home in Raleigh.

When Marcel arrived in El Paso, she and Fellow Employees met ARL and Harris with treats at the Wyndham El Paso Airport Hotel and Water Park, who generously donated a complimentary stay for them to get pampered before their journey.

On the big travel day, Marcel and Harris were greeted bright and early at the ticket counter. When Marcel was checking in for her flight, she noticed that she may not have a seat on her connecting flight, since she was using her nonrevenue flight privileges that are a part of being a Southwest Employee (she can fly standby only when space is available). That’s when Elizabeth, an El Paso Customer Service Agent, surprised Marcel with a ticket she purchased with her own money the night before, to ensure they made it to North Carolina.

Pup, pup, and away—Harris and Marcel were ready to fly. Of course, who couldn’t resist making additional friends along the way? Those puppy-dog eyes even got Harris a view of the cockpit.

At last, Harris and Marcel made it to Raleigh where Harris was greeted by his new fur-ever family.

Thank you to Marcel, our El Paso Team, and the Animal Rescue League of El Paso for making Harris’ trip home one pup-tastic adventure! Good luck, Harris, and we hope to see you in the skies again soon.