In a very real sense, Larry Hagman represents our hometown, Dallas.  As J.R. Ewing he made Dallas an international destination, even if his character was a shady, conniving scoundrel.  And as himself, he became a part of the city’s heart through his generosity.  As these photos from our archives show, Mr. Hagman had an early relationship with Southwest.  We see him passing through Houston Hobby in 1979, just as the television series was becoming a household name going into its second season. 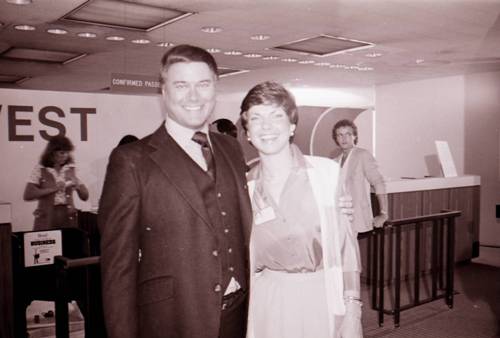 During his stay at the airport, he shared his big smile with Customers and our Employees, and it’s hard to tell who was smiling the most.  Our thoughts are with Mr. Hagman’s family.