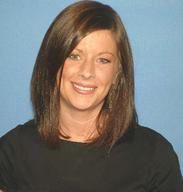 A few weeks ago, we saw a blog post from our Chairman of the Board, President and Chief Executive Officer, Gary Kelly, about the Stop Air Tax Campaign.  Many of you have responded by visiting www.southwest-outreach.com/stopairtaxnow and telling Congress that deficit reduction should not happen on the backs of the U.S. airline industry and our Customers. The momentum is building, and we need everyone’s help to make sure our voice is heard on Capitol Hill! Take action by visiting www.southwest-outreach.com/stopairtaxnow.

Take a look at the facts:

Recently, the White House sent a proposal to Congress that recommends two significant tax increases on our industry, a mandatory departure tax and an increased security tax.  The proposed tax increases will greatly impact our industry and cost the airlines $3.5 billion annually and $36 billion over the next ten years. The increase in taxes is a cost our airline, our passengers, and our industry simply cannot absorb without having devastating effects on our business and the overall U.S. economy.

Take action now at www.Southwest-Outreach.com/StopAirTaxNow and make your voice heard!

Kevin_M
Not applicable
I would be far more willing to speak up against a tax for security on airline passengers (because, really, Southwest won't be paying a dime of this tax; it'll be passed on to fliers in the form of higher fares or itemizing the taxes on the fare) - IF the airlines were more proactive in fighting the TSA over its inane, inappropriate, and useless "sky theater" approach to security. If the passenger air industry put as much muscle into demanding that the TSA be scaled back from its overweening sense of self and be forced to concentrate on actual threats, there would be no rationale for raising the tax on airline passengers to pay for "security". If you want US to fight YOUR battles for you, it's about time you helped fight OUR battles for US.
10 Loves

djschwartz
Not applicable
Yet when a tax was removed for a short time this year, SWA increased prices to profit off their customers.
7 Loves

Christopher_Ant
Not applicable
How do you expect this nation to keep air traffic controllers keeping air traffic flowing, teachers teaching, firefighters fighting fires, et cetera if we have no tax base to support these workers! Southwest is dead wrong about this!
8 Loves

Brian_Williams
Not applicable
The first blogger is incorrect about it not costing the air carriers because the higher taxes will convince some flyers not to travel and cost the carriers ticket revenue. The taxes will be shouldered by Customers, but the money should not be utilized to reduce the federal deficit. This is an already overtaxed industry for which the tax money is not being used for it's original intent, to improve an antiquated air traffic control system and airport improvements. Why should air taxes be used to pay teachers, firefighters, etc? And SW did not raise fares a red cent during the tax holiday. Unfortunately, not everyone who posts on a blog is educated with all the facts.
7 Loves

ExJQ
Not applicable
A couple of points: 1. To use the term "taxes" is misleading. These are user charges (or fees) that pay for airports, air traffic control, and security screening. 2. Nowhere in the White House plan ("Living Within Our Means and Investing in the Future: The President’s Plan for Economic Growth and Deficit Reduction, September 2011) does it state that these two particular fees would be used for deficit reduction. The report clearly states that the $100 departure fee would be placed in the Airport and Airway Trust Fund, which by law can only be used for aviation purposes. Also, the airline industry conveniently omits that the plan calls for an immediate $2 billion in airport investment and $1 billion in air traffic control investments. 3. When a new excise fee is introduced (as in the proposed departure tax) or an existing one is increased (as in the security fee), consumers (i.e. passengers) and suppliers (i.e. airlines) share the economic burden of the tax. How the burden is shared depends on a number of factors, including how price sensitive consumers and suppliers are and the nature of the competition. This is basic microeconomics, but not well understood by either policy makers or the general public. 4. The White House plan calls for the new $5 security fee to be collected "per one-way trip", instead of the current system, in which $2.50 is collected "per enplanement". Consequently, passengers with connections (and that's a lot of passengers) would pay no more than today. 5. The TSA's $2.50 security fee was introduced February 1, 2002 and has not been inflation adjusted a single time since then. The FAA's segment fee, on the other hand, is inflation adjusted every year and the maximum Passenger Facility Charge collected by airports was increased by 50% on April 1, 2001. One can safely argue that tripling the fee is excessive, but there is definitely a valid argument for some sort of increase. 6. When the FAA ran out of its authority to collect taxes earlier this year, pretty much every airline, including Southwest, increased its base fares to keep the expired taxes as added revenue. This undermined a lot of the goodwill the airlines otherwise may have enjoyed in its fight against user fee increases.
10 Loves