Sullivan, a six-year-old from Dallas, had just turned five on January 24, 2011, when he was diagnosed with a brain tumor. Although doctors successfully removed it, lab reports showed the tumor was an aggressive cancer, so Sullivan was forced to undergo radiation and chemotherapy as well as many hospital visits.

During his treatment, Sullivan fell in love with airplanes—particularly passenger and cargo planes. When Sullivan couldn’t go to school or handle much activity, we would go to the airport for hours and watch planes take off and land. He learned all the different kinds of planes and different airlines, and always loved spotting the distinct, colorful Southwest planes in the sky.

When Make-A-Wish® and its national sponsor, Southwest Airlines, approached Sullivan about his wish, he decided to go to a Florida theme park. Knowing he would have to take an airplane there, Sullivan was super excited! We knew that he was looking forward to flying as part of his wish, but neither of us realized just how awesome of an experience Southwest Airlines would provide. 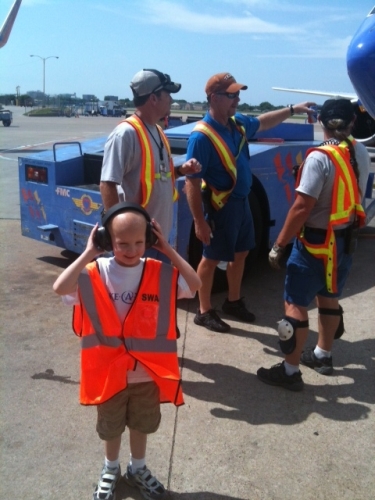 Upon arriving at Love Field and before taking off for Florida, Sullivan received a personalized tour of the old Love Field control tower, sat in a luggage compartment, got to sit near the engine of a plane, and direct a plane into the terminal. He was thrilled!  The Pilots waved to him and gave him a thumbs up. He was the first to board the plane and was able to perform a flight check—he even got his own Captain’s hat! We hadn’t even left on our trip and we’d already taken more than 100 pictures from all of the cool things we were able to do and see!

On our way home from Florida, we got to ride in Southwest Airlines’ Shamu One, and of course, Sullivan found that to be pretty amazing, too! Once we’d returned from our trip, Southwest Airlines reached out to us again. We couldn’t believe how lucky we were that they were inviting us back for a marvelous day at Southwest Airlines’ Headquarters. We are so glad they did—it was truly one of the best, most fun days Sullivan has ever had – he still talks about it constantly! 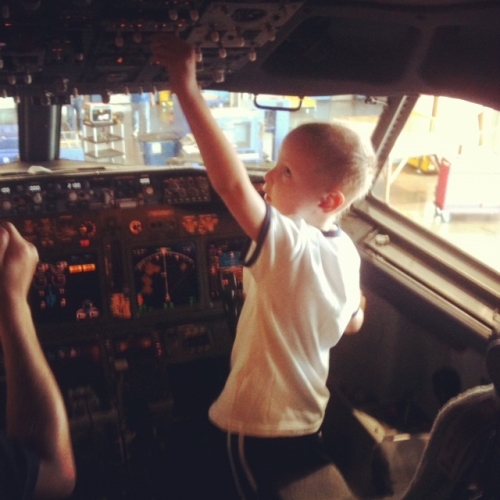 Sullivan got to fly an airplane simulator--I mean who gets to do that?! He got to watch on a radar as planes diverted around a storm, among many other incredible things. Each Employee we met at Southwest Airlines was kind, and the Maintenance Crew all chipped in and gave our family many great gifts, including a model of the Southwest Shamu One plane. Sullivan truly LOVES this plane and plays with it constantly. It was truly a magnificent day and Sullivan loved absolutely every minute of it—even the ride on the golf cart from one building to another had Sullivan smiling ear to ear. 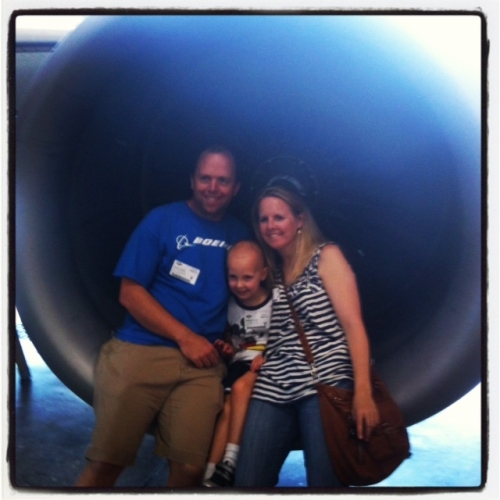 In April 2012, Sullivan completed treatment, and since then, all MRI scans have been clear! Thank you to everyone at Southwest Airlines for giving us an experience of a lifetime and memories we will treasure always. We are in awe of your kindness and are so grateful that you were able to provide Sullivan with such an incredible opportunity. You are a wonderful, wonderful, wonderful organization. Thank you!