The players included Robbie Ross, Mark Lowe, and Derek Holland – all part of the Rangers stellar bullpen.  The guys were joined by the Rangers Six Shooters and everyone’s favorite mascot, Captain. 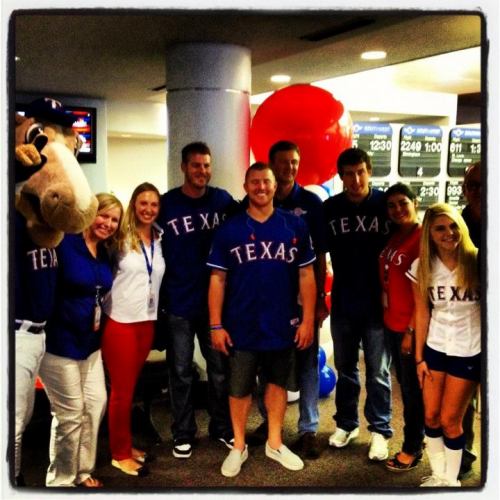 The players signed autographs for our Customers and posed for photos, and a little Dallas rain shower didn’t stop these guys from helping out on the ramp – actually, I think they enjoyed the cooler temperatures! 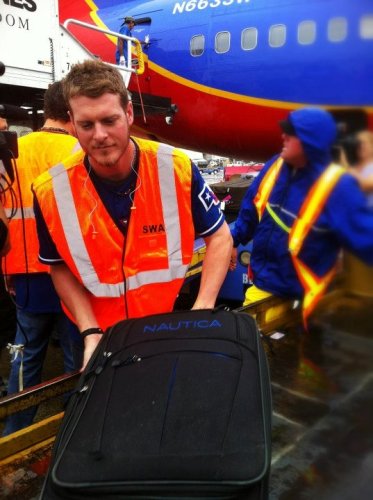 Another fan favorite of the day was Derek Holland doing the boarding announcement in the voice of famed sports announcer Harry Caray!  It was a spot-on impression! 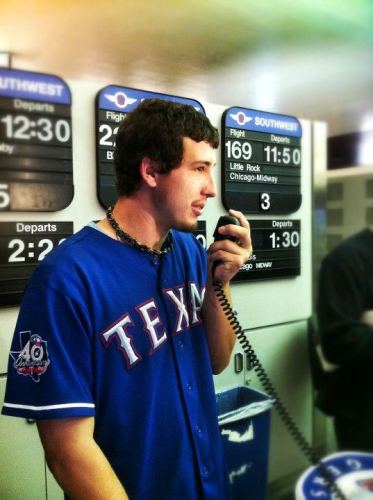 The Rangers face off against the Baltimore Orioles tonight at home.  Hopefully they’ll have time to rest up a bit before they suit up, we worked them pretty hard this morning!